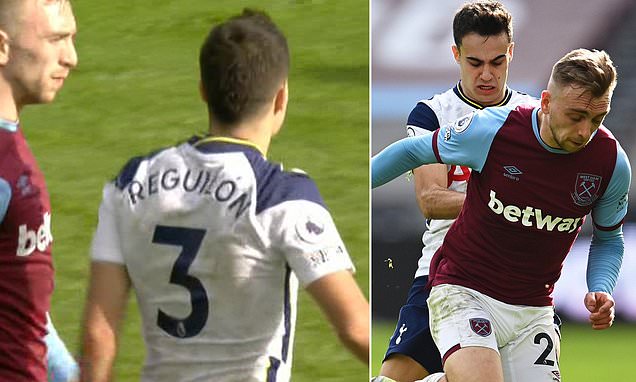 REVEALED: Sergio Reguilon escaped red card after foul-mouthed rant at referee Craig Pawson during Tottenham’s defeat by West Ham after calling official a ‘motherf*****’ in Spanish after being booked for Jarrod Bowen shove

Spurs suffered their fifth Premier League defeat in their last six games as they went down 2-1 to their London rivals, once again increasing the pressure on boss Jose Mourinho.

Michail Antonio put the Hammers in front after just five minutes and Spurs’ frustration grew throughout the half. 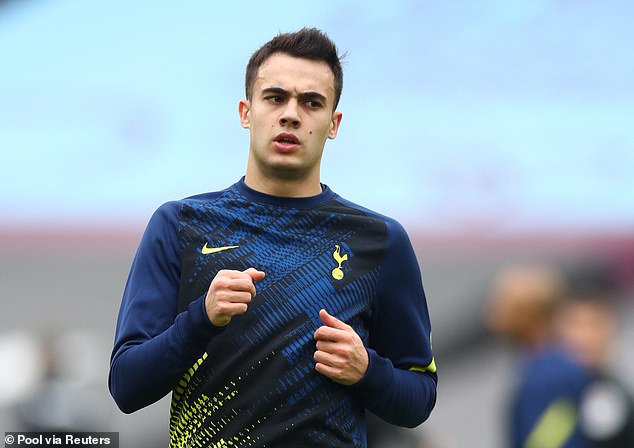 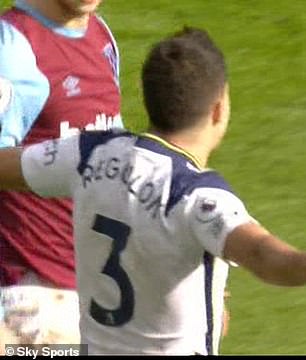 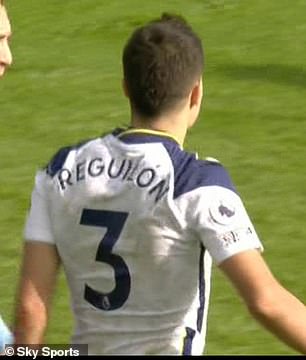 And Reguilon showed that the players were beginning to feel the heat too at the London Stadium after a foul-mouthed rant in his native tongue just a minute before the half-time interval.

It appears however Pawson does not speak Spanish and therefore did not understand the insult, allowing the game to continue without further punishment –  such as giving the Spain international his marching orders – being dished out. 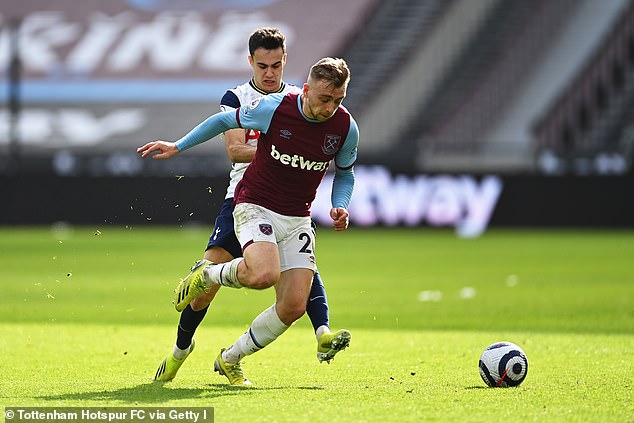 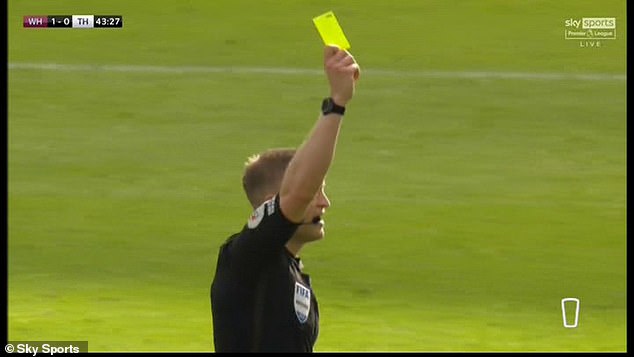 Tottenham and the Premier League declined to comment when approached by Sportsmail.

Reguilon, 24, was making his first appearance for Spurs since January after missing their last seven games due to a muscle injury.

But the defender – who joined Spurs from Real Madrid for £30million last summer – suffered on his return and could not prevent Jesse Lingard netting a second for the hosts before Lucas Moura pulled one back in vain.

Mourinho however bit back at claims that his Tottenham side are in crisis despite sitting nine points behind the Hammers in fourth.

When asked after the game whether he was starting to question his own methods, Mourinho replied: ‘Not at all. Zero. 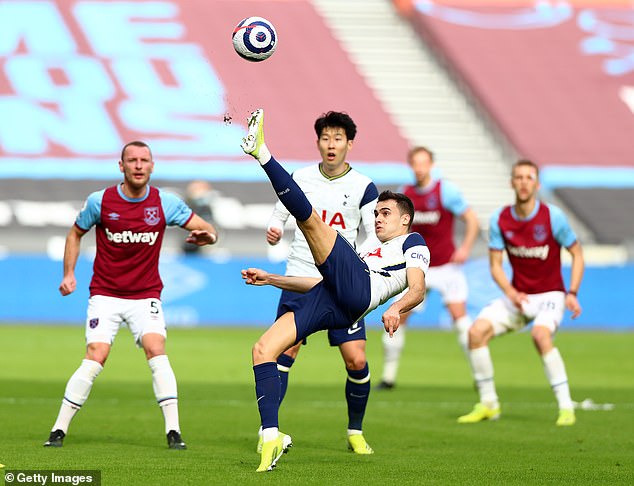 ‘Sometimes the results are a consequence of multi-situations. And my coaching methods are second to nobody in the world.

‘The team have problems but I believe you need to have a light that makes it possible to win matches. 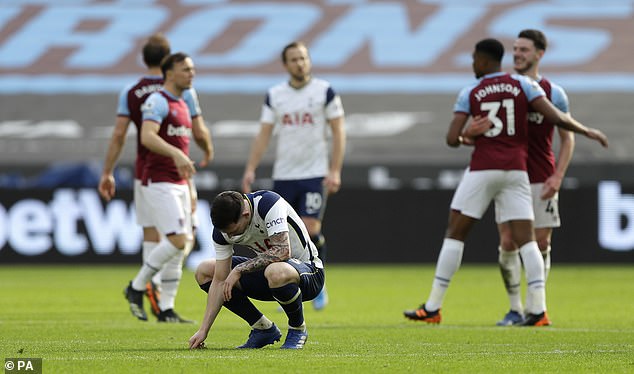 ‘And when that light comes back – that means when you hit the post (and the) ball goes inside the net rather than outside – we can win a couple of matches in a row.

‘The situation can change and we can still fight for top four. The gap is nine points now but in football it is still very possible.

‘And in the Europa League we are still alive and is a window of opportunity for us. Maybe we can also get to the Champions League through that.’