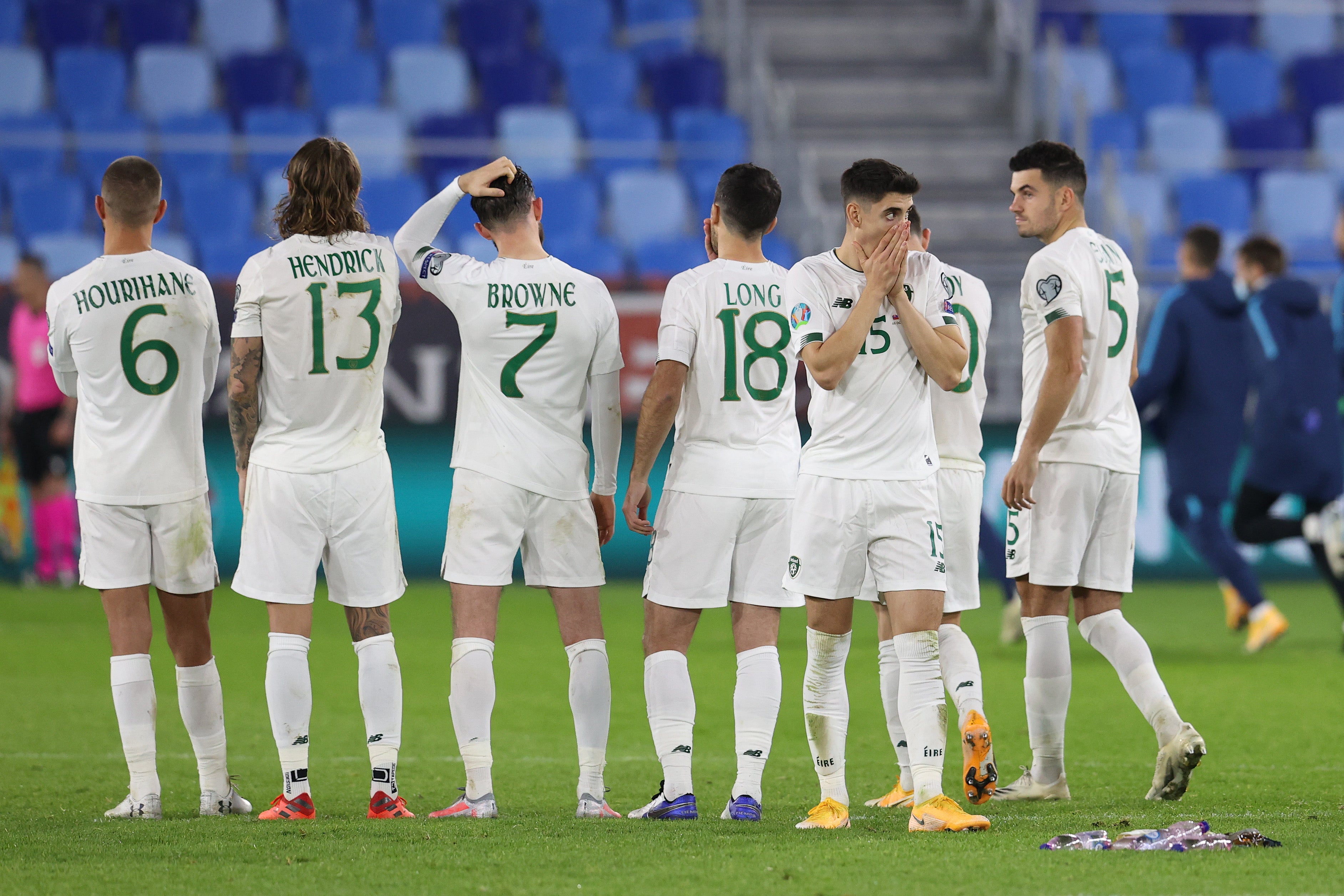 Ireland very nearly took the lead six minutes after the restart when, after McClean had been fouled by Albert Rusnak, Hourihane whipped in a free-kick which Hamsik headed just wide of his own goal as he attempted to clear it.

Browne almost made a significant impact with 20 minutes remaining when, after McGoldrick had turned smartly to feed Stevens, he ran on the the full-back’s cross, took a touch and fired in a drive which Fulham keeper Marek Rodak managed to beat away at his near post.

However, Duffy had to be equally resilient at the other end with 15 minutes remaining when Haraslin accepted Hamsik’s pass, turned into space and dispatched a shot which seemed destined to ripple the net until the Celtic defender covering on the line stabbed it away in the nick of time.

Hourihane passed up a glorious opportunity to win it when he scuffed a right-foot shot at goal from close range after McGoldrick had carved his way into the box, and extra-time was required.

McGoldrick and Browne both went close as Ireland resumed in positive mood, and Slovakia were when Browne met Callum O’Dowda’s 105th-minute pull-back ahead of Rodak, only to see his effort come back off the upright.