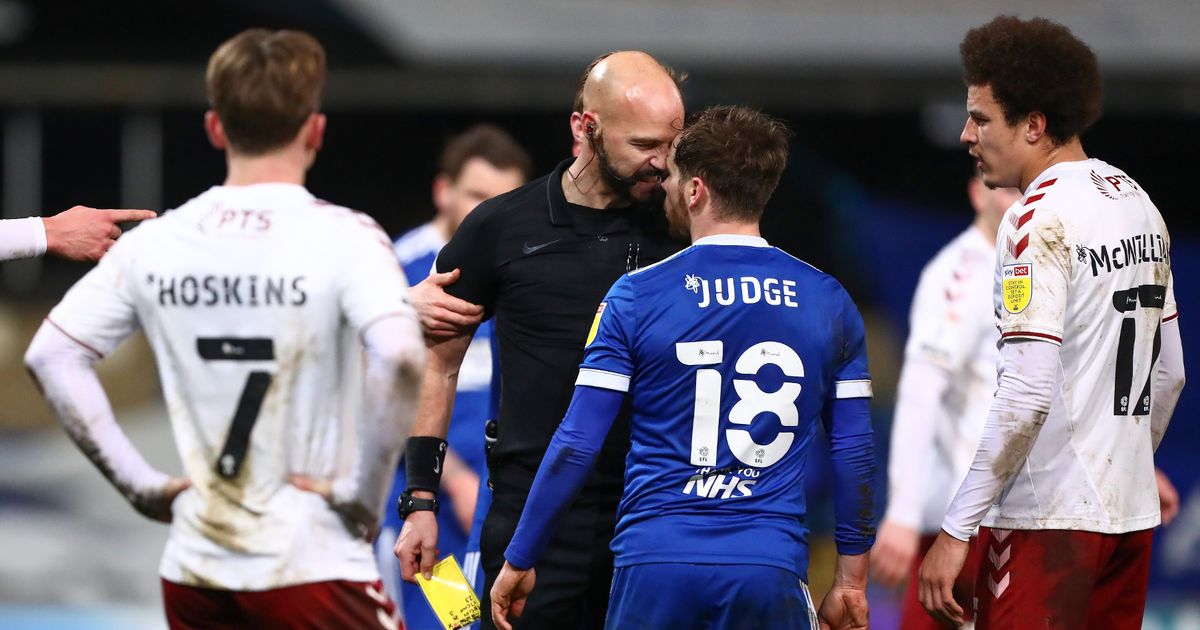 The match official caused fury when he was seen facing off with the League One player when awarding a free-kick on the edge of the Northampton Town's box.

Judge appeared to take offence to something that was said by the referee.

When the conversation continued, the League One official marched over to the 32-year-old and went nose-to-nose with him as chaos ensued.

Two Northampton players intervened to pull the referee away while two other Ipswich players attempted to confront him.

But Drysdale has now released a statement apologising for the incident.

He said via Professional Game Match Officials Limited: "I fully understand that it is important for us as referees to maintain our composure throughout the game and always engage with players in a professional manner.

"I'm sorry that I did not do that last night and I can only apologise to Alan and Ipswich Town."

The PGMOL statement added: "As The FA are now investigating the incident in line with their usual disciplinary process it would not be appropriate to make any further comments."

Following the incident, Drysdale issued a yellow card to Judge for his role in the incident.

While team-mate Flynn Downes was then sent off in stoppage time, completing a surreal sequence of events.

Judge was apparently booked for trying to win a penalty in the dying minutes of the game, but was judged to have dived.

Drysdale is an established referee, and worked in the Premier League as an assistant in 1998.

He even earned a place in Graham Poll's officiating team for the FA Cup final in 2000, acting as a linesman.

As well as working in football, Drysdale is also a sergeant in the RAF at Waddington.

In 2004, he was named 'Combined Services Sports Official of the Year' for his work within the RAF and within sport.

But at the time he was positioned in the middle east, meaning he was unable to collect the award, which his parents received from Princess Anne on his behalf.

The League One referee's incident is not the first involving a match official to hit headlines recently.

READ MORE:Referee squares up to Ipswich Town player in astonishing League One moment