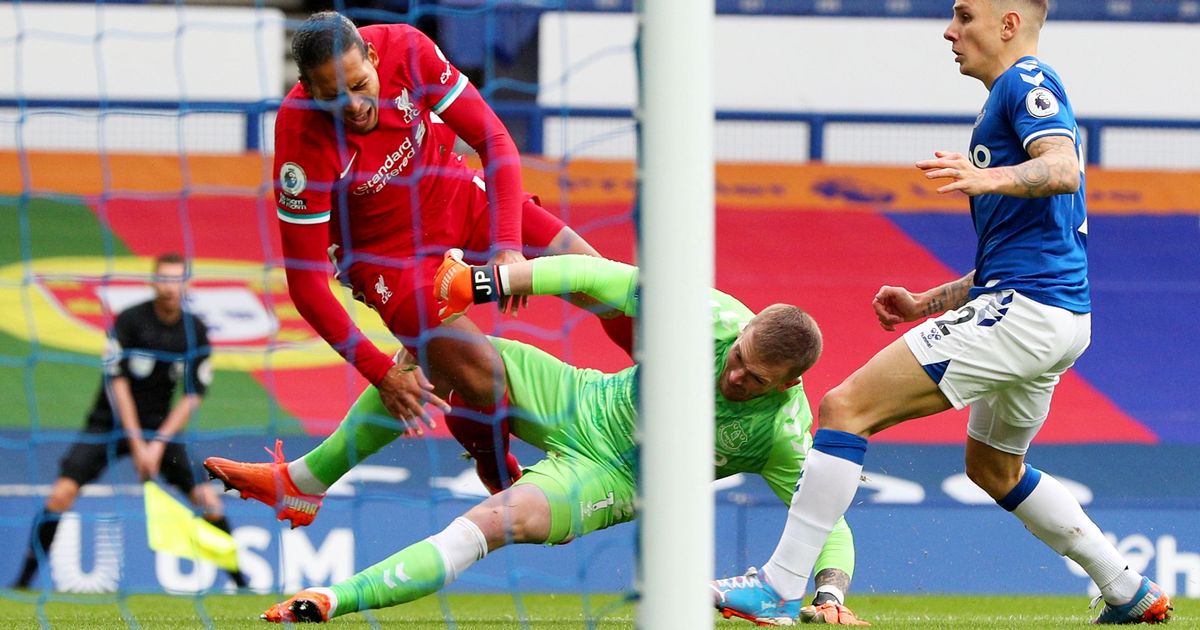 Merseyside derby referee Michael Oliver admits he should have sent off Jordan Pickford for his challenge on Virgil van Dijk back in October.

Everton goalkeeper Pickford escaped punishment for his lunge on the Liverpool star, with the Dutchman sustaining knee ligament damage which seems likely to rule him out of the rest of the season.

Oliver and VAR David Coote were both criticised for their handling of the incident, with Coote poring over a marginal offside decision against Van Dijk for over a minute and subsequently deciding no further action was needed when the centre-back was deemed to be offside.

The offside call meant that a penalty couldn't be given for the challenge – something Oliver says he would have given if Van Dijk was onside – but Pickford could still have seen red.

A red card wouldn't have prevented Van Dijk from suffering such a serious injury, but would have given Liverpool a huge boost in a match they already led 1-0 in, only to eventually draw 2-2.

"The thought initially was 'it can't be a penalty because it's offside so we need to check the offside first,'" Oliver told the Mail Online in a rare interview.

"I have watched it back so many times. I genuinely don't think Pickford has done anything apart from try to spread himself but he did it the wrong way, as the injury has shown.

"We have all, myself included, not thought about the challenge as much as we should have done.

"We could still have given offside and sent Pickford off.

"What I was surprised about looking at it afterwards was that nothing was expected on-field in terms of a red card. None of the players were asking for that.

"We got sucked too much into going step by step as opposed to thinking of the bigger process, which was considering the challenge as well and not just the fact that it can't be a penalty.

"We should have restarted with the offside, but with a different punishment for Jordan Pickford."

Should referees give post-match interviews explaining their decisions?  Have your say in the comments below