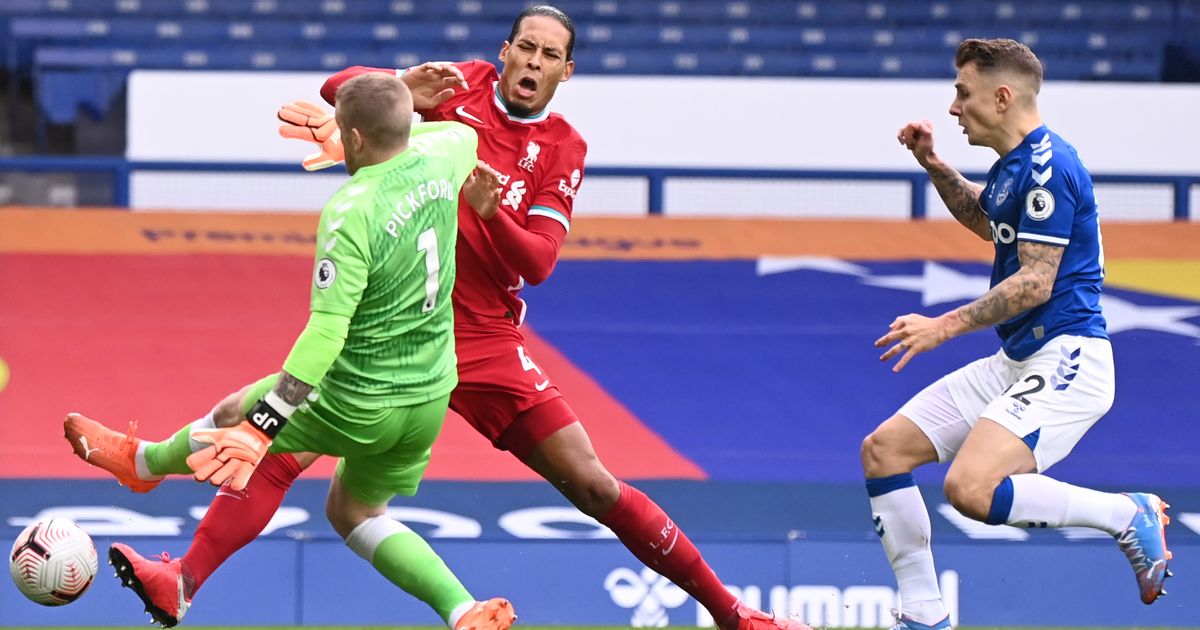 Michael Oliver has explained the thought process behind not sending Jordan Pickford off in October’s Merseyside derby.

Oliver was the referee for the clash, with Everton goalkeeper Pickford’s challenge on Virgil van Dijk a huge talking point.

Liverpool star Van Dijk has not played since and is in a battle to feature again this season following the reckless tackle.

Though the England shot-stopper was not punished with VAR David Coote showing that Van Dijk was offside before the challenge was made.

And Oliver admits that he should have still sent Pickford off, while giving the offside decision.

Oliver told the Mail on Sunday: “It was a big game. Both teams were flying. The assistant has given offside and there is the delay in the flag, as we have had this season. Jordan then comes out to Virgil.

“The thought initially was, ‘It can’t be a penalty because it’s offside so we need to check the offside first’.

“I have watched it back so many times. I genuinely don’t think Pickford has done anything apart from try to spread himself but he did it the wrong way, as the injury has shown.

“We have all, myself included, not thought about the challenge as much as we should have done. We could still have given offside and sent Pickford off.

“What I was surprised about looking at it afterwards was that nothing was expected on-field in terms of a red card. None of the players were asking for that.

“We got sucked too much into going step by step as opposed to thinking of the bigger process, which was considering the challenge as well and not just the fact it can’t be a penalty.

“We should have restarted wth the offside, as we did, but with a different punishment for Jordan Pickford.”