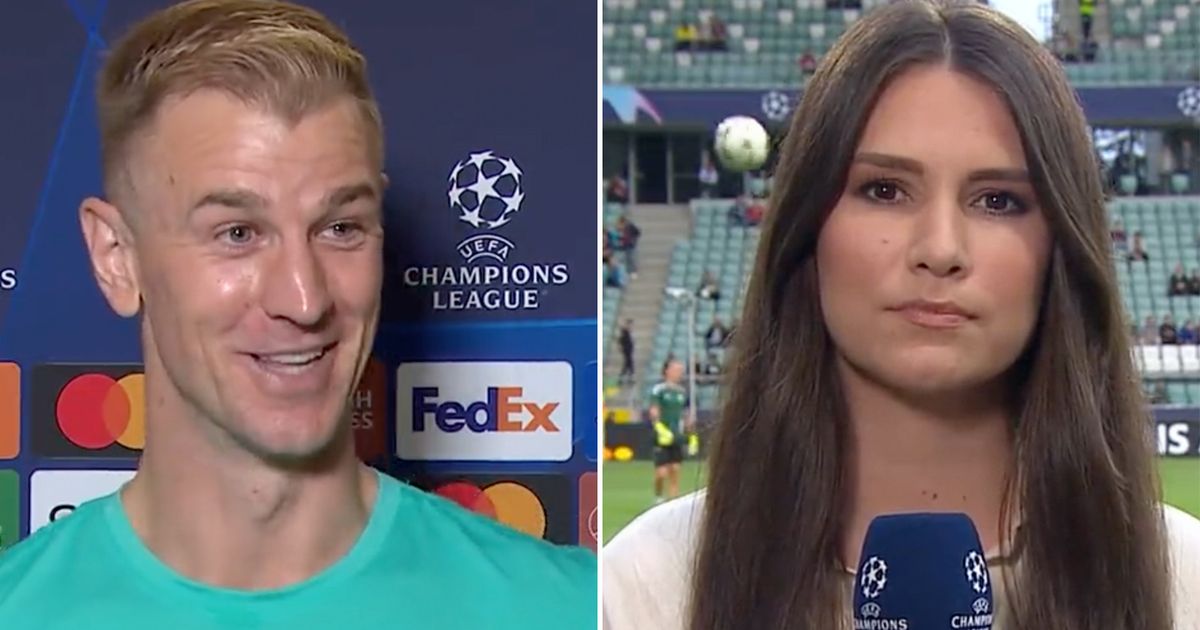 Joe Hart laughed at his recent career path having hit a female reporter by accident during Celtic's Champions League warm-up having once been among the best goalkeepers on the planet.

The 35-year-old left Manchester City with Pep Guardiola not trusting his ability with his feet back in 2018 – which might well have led to the jibe at his own expense this week.

Hart hit Norwegian reporter Ingrid Halstensen with a wayward pass before their clash against Shakhtar Donetsk on Wednesday evening (September 14) and apologised in a post-match interview.

He told TV 2 Sport report Halstensen: "I was begging to say sorry but you didn't turn around! Apologies!

To which she replied: "No worries at all! I got a funny face on telly so the guys were happy!"

With Hart then learning that they were live at the time, he added: "Sorry! Literally my goalie coach was probably five yards (to the side) yeah that's probably why my career has gone where it's gone!"

Who is the best England goalkeeper of the past 20 years? Give us your thoughts in the comments section below.

Having won two Premier League titles and three domestic cups with City he was replaced by Claudio Bravo before joining Torino and West Ham on loan.

Hart then spent two seasons at Burnley and a year at Tottenham before joining Celtic where he impressed as they won back the Scottish Premiership title last season.

Hart, who won the last of his 75 England caps back in 2017, spoke to In The Stiffs Podcast earlier this year of his clash with Guardiola.

"I said 'I don’t agree with you'. He said. 'I’ll be the first person to be proved wrong but what I see in you isn’t what I want from my goalkeeper'."

Concluding: "I suppose he was right, I couldn’t do it, he couldn’t just drop me into a team to play like he wanted to at that moment in time."