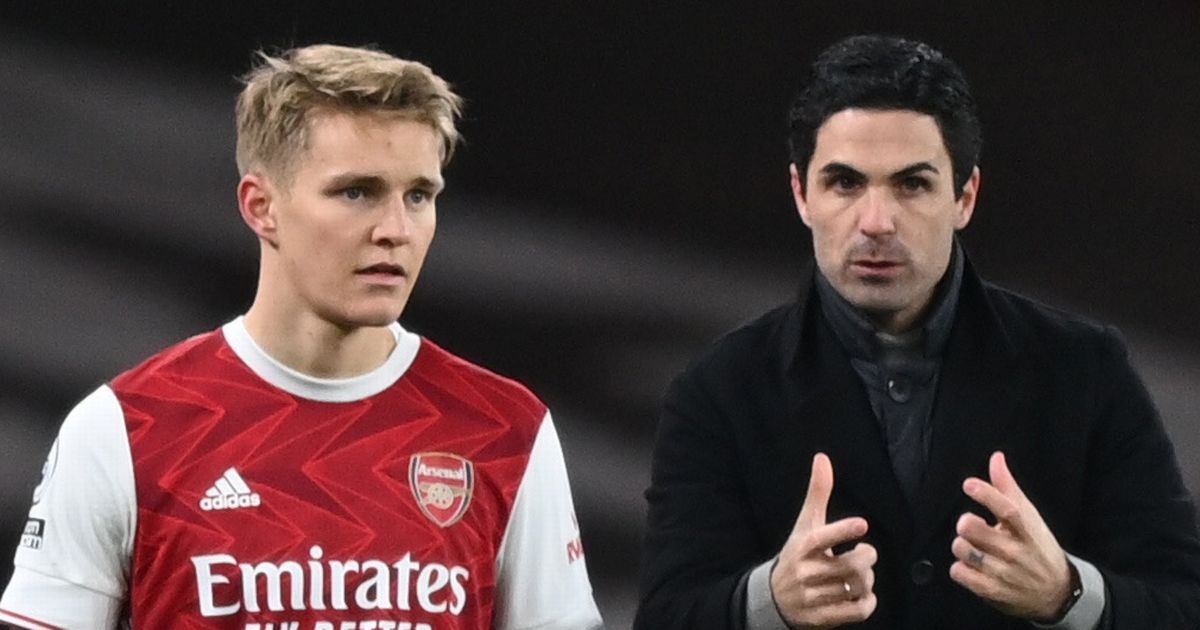 Martin Odegaard was in and out of the news all last week.

The Norwegian, who completed a loan move to Arsenal from Real Madrid in the January transfer window, was asked to comment on his plans for the future.

"You never know what is going to happen," Odegaard told Norway's TV2.

"But for now, I am just focusing on doing my best this season and helping the team as much as possible. Then we'll see what happens."

Initial reports claimed the Spanish giants were annoyed because they believe Odegaard still has a future in Madrid and they have no intentions to sell.

But fresh reports suggest this may not be the case at all.

Arsenal boss Mikel Arteta took things a step further shortly after Odegaard's attempt to clarify this future, by heaping praise on the forward.

"Well, he's got the potential [to be one of the best]. I followed him very closely when he was at Real Sociedad and he was really impressive over there for long periods," said Arteta.

"He had a really successful season over there and that's one of the reasons why I was so convinced that he's a player for us. He's a player that I really like and, as you say, still has huge potential to become even better."

He added: "All positive from my first conversations with him. He's a really focused and humble boy that was really keen to join.

"He's a really nice guy, the players like him, the staff like him, he's easy going, a really hard worker and I've been very impressed with his leadership. He looks a little bit calm but on the pitch he's got something about him."

The Arsenal charm offensive continued to gather pace as former Gunner Kevin Campbell then told Football Insider: "While Martin Odegaard is a Real Madrid player he has been at the club six years and has never really established himself. That is a long time.

"He probably wants a home and some stability. He has no language problems coming to Arsenal. Arteta is trying to build a good culture there.

"The dressing room is finally right and that is why Odegaard probably feels comfortable.

"There is a lot of young players coming through now as well which is great for him. He can bounce off of those guys. Why not seek a home? Why not join permanently?

"He is good enough. That is one thing that I know. He just needs the platform to show it. I can see it happening."

All the latest big football stories, transfer exclusives, hard-hitting analysis and unmissable features will be sent directly to your inbox every day.

So what does the future hold for Odegaard?

Well, interestingly, Mundo Deportivo believe a move is on the cards for the Norwegian… but he won't be going to Arsenal if Real Madrid get their way.

The Spanish publication claims that the striker could be sent to Dortmund – alongside a stack of cash – with Erling Haaland going in the opposite direction.

It seems a long shot, considering all the components needed to make the transfer a success.

But it's not looking promising for Arsenal at this point, regardless of Arteta or Odegaard's desire.