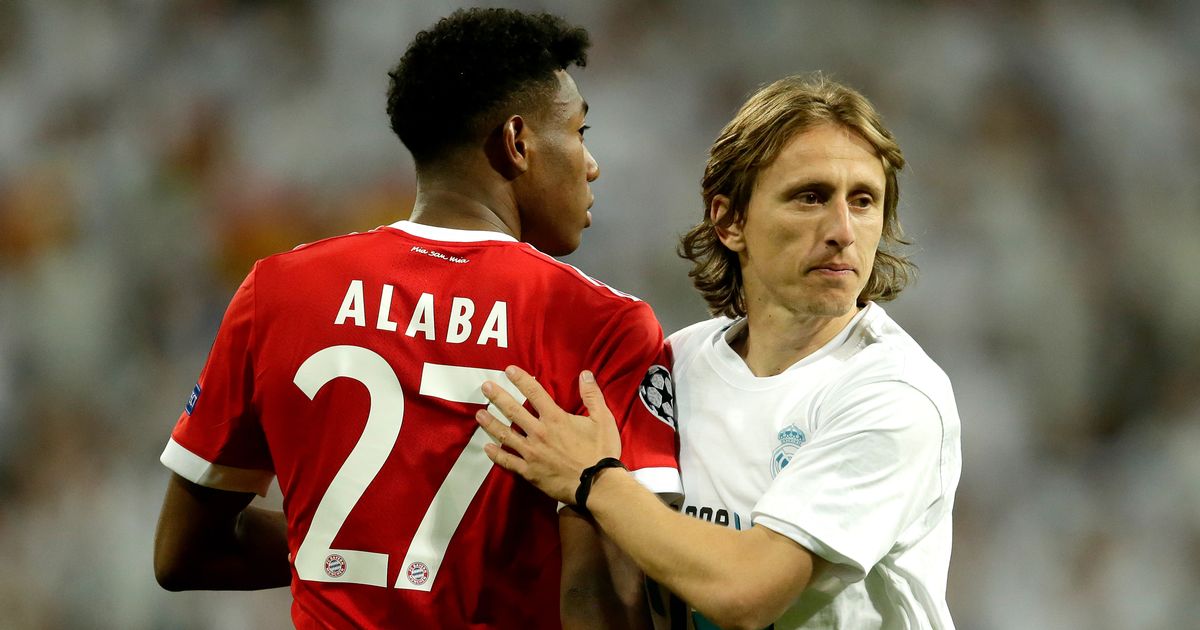 Real Madrid managed to cut their wage bill by a substantial 10% in order to fund the wages of David Alaba – who left Bayern Munich on a free transfer before agreeing a move to Spain.

The versatile Austria International, who can play in both the centre and left of defence as well as in midfield, fancied a new challenge following nine consecutive Bundesliga titles.

The 28-year-old has agreed to join Los Blancos on a five-year deal, which is said to be worth an astonishing £400,000-per-week, despite the concerns over finances at the club.

Before that deal was confirmed, Real managed to free up funds by reducing the wages of their current stars in extending their contracts, one of which being Luka Modric.

According to Spanish outlet Marca, board members, including directors and executives have also agreed to lower their wages by 10% in the hope that more players follow.

The news comes after Zinedine Zidane walked away from the club for the second time in three years following their failure to win a trophy as Atletico Madrid topped La Liga.

While Massimiliano Allegri was initially linked to the job, he has since returned to Juventus and replaced Andrea Pirlo, with Antonio Conte available after leaving Inter Milan.

In a very short statement on Friday, the club wrote: "Real Madrid C. F. has reached an agreement with David Alaba for the player to join the club for the next five seasons.

"David Alaba will be unveiled as a new Real Madrid player after the end of the 2021 European Championship."

As well as his 10 league titles, Alaba won the DFB Pokal on six occasions, the Supercup on five occasions, and the Champions League in both 2013 and 2020.

"Everything must come to an end, and sadly that includes David Alaba’s incredible spell at FC Bayern," Bayern said in a statement.

"The utility man has been in Munich for 13 years, during which he’s developed from a young buck to an experienced, world-class player, winning title after title along the way.

"Saying goodbye is never easy, but there are many reasons to say thanks."