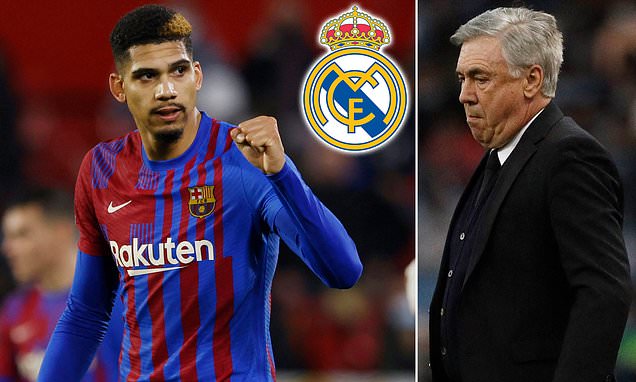 Real Madrid are looking to make a cheeky swoop for Barcelona’s Ronald Araujo.

Araujo, 22, has developed into one of Barcelona’s top defenders since getting promoted from the club’s B team in 2019, dislodging Clement Lenglet from the side as the top choice to partner Gerard Pique.

With Pique approaching his 35th birthday and the twilight of his career, Araujo is viewed as the future of Barcelona’s defence. 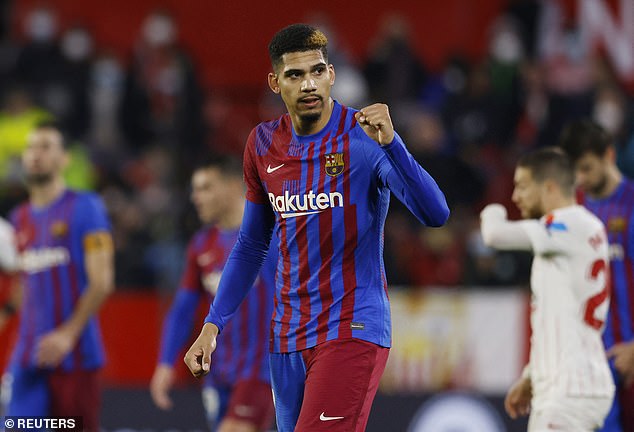 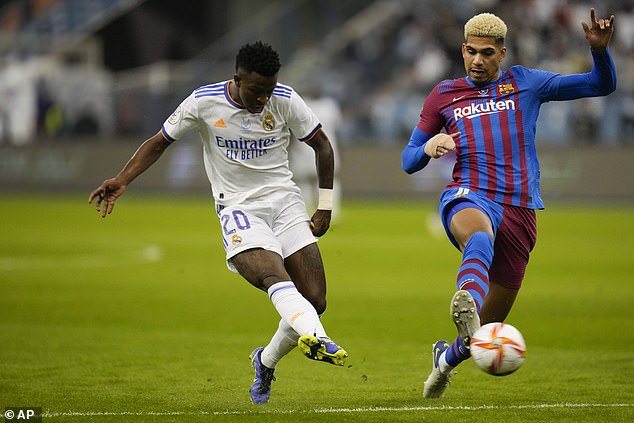 However, the Uruguayan is reportedly stalling on talks over extending his contract with Barca, which runs until 2023, and Real Madrid are waiting to pounce.

According to Radio Kanal Barcelona, via AS, Real are hoping to take advantage of the situation to sign Araujo on a free transfer next year.

Real have been keeping tabs on Araujo ever since the summer of 2018, when he ended up moving to Barcelona from Uruguayan side Boston River for only €1.7 million euros (£1.4m).

The defender’s value has since soared and Real are not the only club interested in signing him, which will make Barca’s bid to keep hold of him even harder. 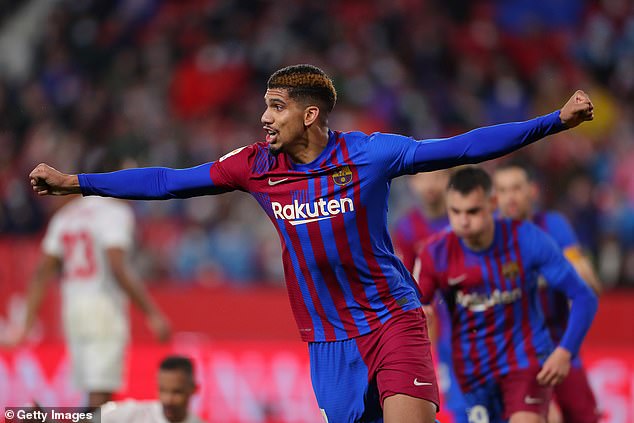 Araujo has seen his transfer value soar since joining Barca for only £1.4m back in 2018

Their task to renew Araujo is further troubled by their financial crisis, which has meant they have had to offer players such as Pique, Samuel Umtiti and Sergi Roberto new contracts on lower pay in order to lighten their wage bill and keep them in line with LaLiga’s strict financial fair play regulations.

Araujo’s agent Flavio Perchman said several months ago that he would sit down with the club to discuss renewing Araujo’s contract, but Barca have other urgent deals to pursue right now.

Ousmane Dembele is in danger of leaving for free unless he agrees a new deal before June while Gavi, 17, is due a bumper contract after bursting into the first team this season and quickly establishing himself as one of the top players in Xavi’s side. 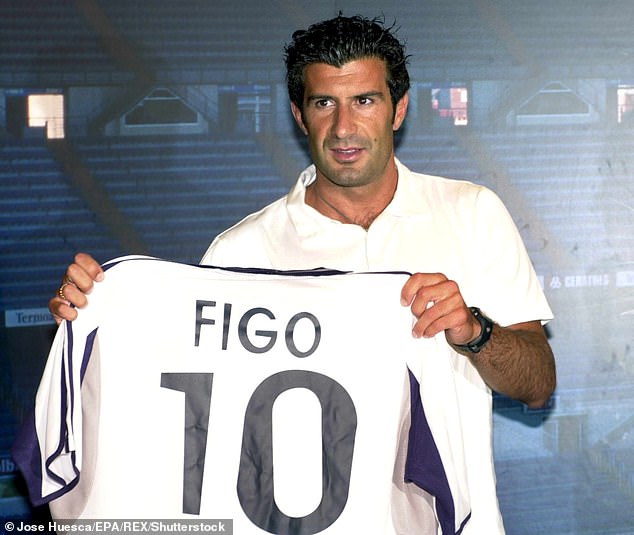 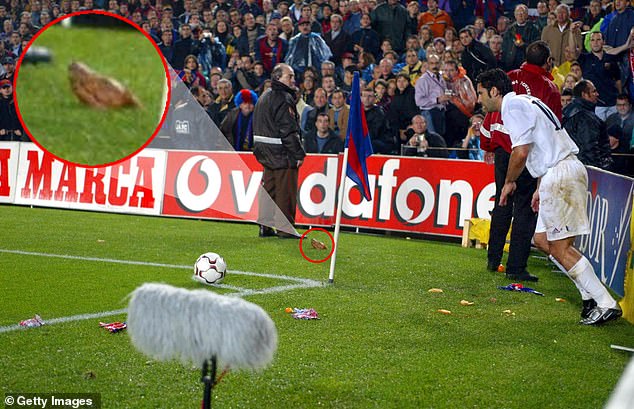 Barca fans were outraged by Figo’s betrayal and fans threw all manner of objects at him in a 2002 Clasico at the Nou Camp, including a pig’s head

Reports of Real’s interest in Araujo is likely to send shivers down the spine of Barcelona fans, who are still haunted by their arch rivals signing their star man Luis Figo in 2000.

Figo is the last player to have directly crossed the divide from Barcelona to Real Madrid.

Other high-profile names to have played for Spain’s two biggest clubs include Luis Enrique, Ronaldo, Javier Saviola and Alfonso Perez.