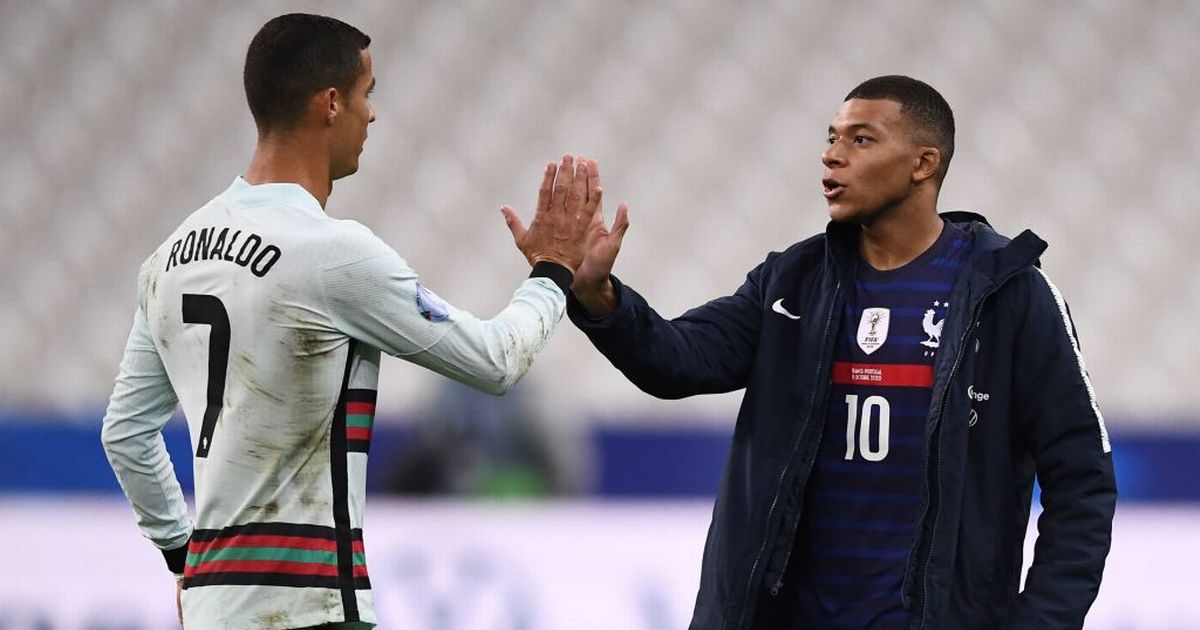 Real Madrid are hoping the lure of taking over Cristiano Ronaldo’s iconic No.7 shirt is enough to stop Kylian Mbappe joining Liverpool.

The Frenchman is one of the most sought after talents in world football, with his stock only rising after a stunning hat-trick against Barcelona in midweek.

Paris Saint-Germain remain locked in contract talks with Mbappe, whose current deal will expire at the end of next season.

The Ligue 1 champions hope to keep him at the Parc des Princes and have reportedly slapped a £174m price tag on his head.

"I believe that Neymar and Mbappe will stay, I have a feeling, and will stay a long time at PSG,” manager Mauricio Pochettino said in a recent interview.

“And I have no doubts, I am very optimistic. The club is working hard to keep them with us. Ney and Kylian are happy. They are having fun here.”

Reports in France have suggested that massive asking price will do little to deter most potential suitors, who see Mbappe as the next great world star.

Mbappe is believed to have held a long-term ambition to play for Los Blancos and had pictures of Ronaldo in his bedroom growing up.

However, Mail Sport report that the Spaniards will struggle to cough up the kind of money that PSG are chasing and are instead hoping they will be able to get him on a free next year.

That will likely only be the case if the player himself refuses a move elsewhere and instead waits for the opportunity to link up with compatriot Zinedine Zidane.

It means that if Liverpool were to match PSG’s valuation, they would be forced to step out the race.

Reds owner John Henry held talks with Mbappe before he switched Monaco for Paris and Jamie Carragher believes that could give them a chance in any negotiations this time around.

"I'm not joking," Carragher told CBS Sports when asked why he felt his old side had a realistic chance of signing Mbappe.

"It was based on the fact that Liverpool thought they had a decent chance of getting Mbappe when he was at Monaco.

"I know Jurgen Klopp had spoken to him then and I’m sure other clubs had at that time.

“I think he will, guaranteed, play for Real Madrid at some stage in his career but I’d always feel that maybe Liverpool is that perfect destination for a player like that before you make that next step.”

After his star turn at the Nou Camp, Mbappe said he was happy in Paris, but wouldn’t be making any decisions based on one game.

“We are very happy," Mbappe said after the 4-1 victory. "It was a very important match for us. We wanted to come here and win, and we did it in style.

"Tonight, it is magnificent but we have not won anything yet. I am happy. I always want to give the best of myself. I have not always had that success. But never in my life will I hide.

"Today, my hard work is paying off. We are feeling better and better physically [after a COVID-19 outbreak in the camp].

"It would be stupid to decide my future on a single match. The truth is that it is about reflecting for the long-term. I have always said that I am happy here. This sort of match makes me even happier. The PSG shirt is one that I hold dear to my heart.”