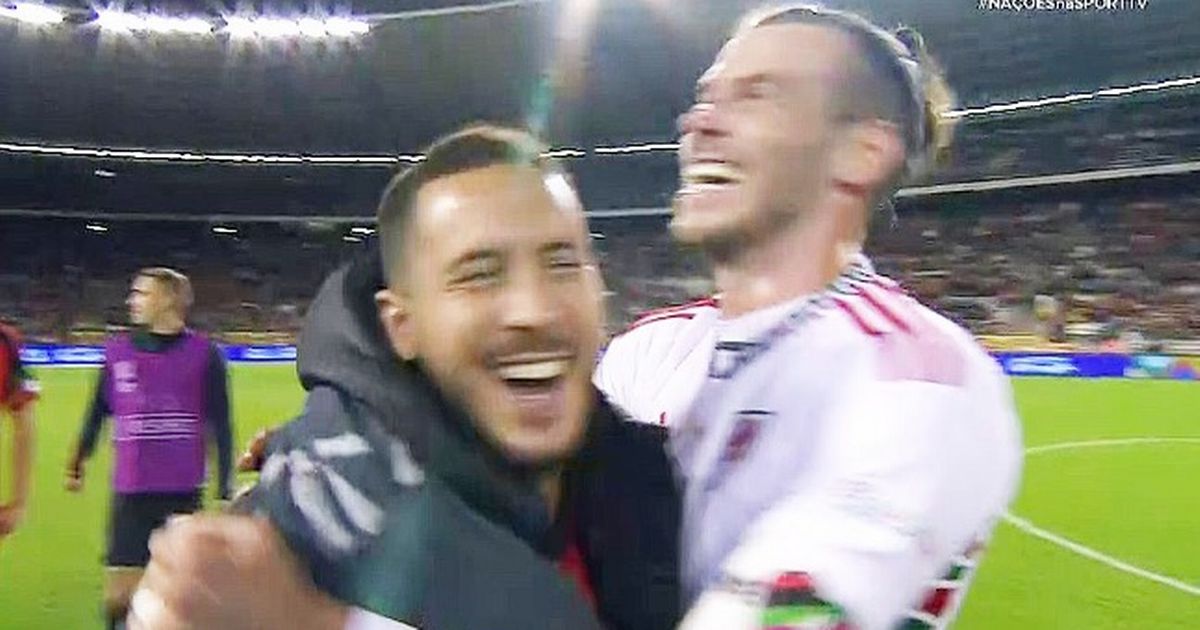 Real Madrid fans are fuming after seeing Gareth Bale and Eden Hazard in fits of laughter together on Thursday night.

It came after Wales' defeat to Belgium in the Nations League in a match that ended 2-1 to the Red Devils at the King Baudouin Stadium. A typical Kevin de Bruyne masterclass in the first half was enough to see off the Dragons.

It was his goal and assist for Michy Batshuayi that left Wales staring at relegation from their Nations League group, which also contains the Netherlands and Poland.

There was hope when Kieffer Moore scored five minutes into the second half but a late rally was not enough to perturb Roberto Martinez's side.

But after the match there were still smiles from Bale, who started on the bench but came on after an hour. He was pictured in fits of giggles with former Real Madrid team-mate Hazard, who had came off as the LAFC star joined the fray.

The two superstars have had disappointing periods at the Bernabeu and much of their careers there were spent on the bench, perhaps where they built up such a bond. And Madridistas were quick to jump on their backs, with one saying: "Both mid players."

Another replied: "Finished players." While a third posted: "Both got injured in the process."

It did not stop there, with another saying: "They both have one thing in common, they’re finished." With this fan saying: "Hey, they are not on the bench in this picture! Very rare!"

Bale's relationship with Madrid fans has been tentative for some time while an infamous banner reading 'Wales. Golf. Madrid' did not go down well. The 33-year-old left Real for the MLS in the summer after nine years at the club where he won five Champions League titles.