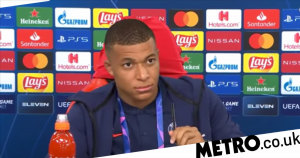 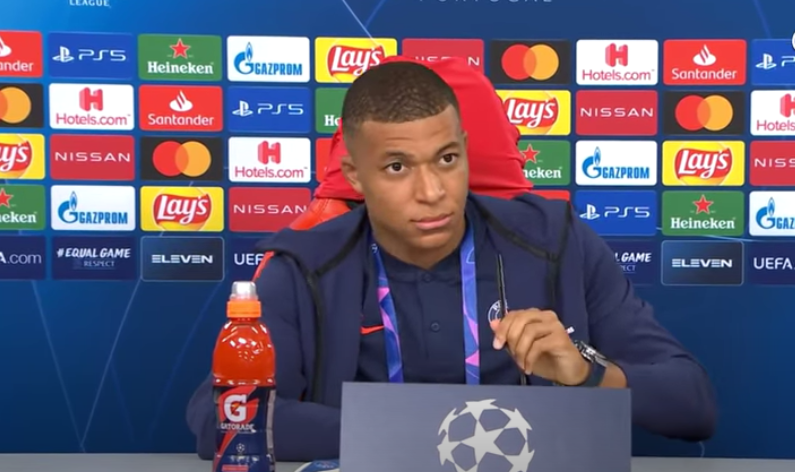 Kylian Mbappe insisted he was ‘happy’ at Paris Saint-Germain after scoring a brilliant hat-trick in the 4-1 Champions League thrashing over Barcelona.

French champions PSG issued a warning to their European rivals with an emphatic victory over La Liga giants Barcelona at the Nou Camp on Tuesday evening.

World Cup winner Mbappe, 22, is already regarded as one of the best players in the world, with his performances for PSG and France seeing him linked with moves to both Real Madrid and Liverpool.

Asked about his future after the Barcelona victory, Mbappe told RMC: ‘It would be stupid to decide my future on a single match. The truth, is that it is about reflecting for the long term.

‘I have always said that I am happy here. This sort of match makes me even happier.’

Barcelona superstar Lionel Messi gave his side the lead with a 27th-minute penalty but Mbappe equalised for PSG five minutes later.

The French forward then put on a show in an entertaining second-half which saw PSG score three goals and put one foot in the quarter-finals of the Champions League.

Barca boss Ronald Koeman said after his team’s defeat: ‘Surely the result reflects how superior they have been.

‘In the second half we had problems defensively. They proved physically to be very superior to us. We have to admit that they have been superior.

‘They have shown that they have a more complete team than us. We have to accept it, improve things.

‘We know that this can happen because we play against a great team, physical team, with experience and quality.’