Celtic’s Europa League hopes suffered a setback as they were beaten 2-0 by RB Leipzig on Thursday.

However, Leipzig seized control of the game when Matheus Cunha finished in the 31st minute and then Bruma added a second shortly afterwards.

Man of the match: Kevin Kampl

Celtic could not respond to the quickfire double – managing just one shot on target all match – and now surely must avoid defeat against Leipzig in the return fixture in a fortnight to have a chance of qualifying from Group C.

Before that, Celtic face Hearts in the semi-finals of the Scottish League Cup on Sunday.

It remains to be seen how many of Celtic’s injured players will return for that match, but Brendan Rodgers’ depleted side made an encouraging start against Leipzig and could have taken the lead in the eighth minute when Edouard controlled in the box and shot just wide of the post. 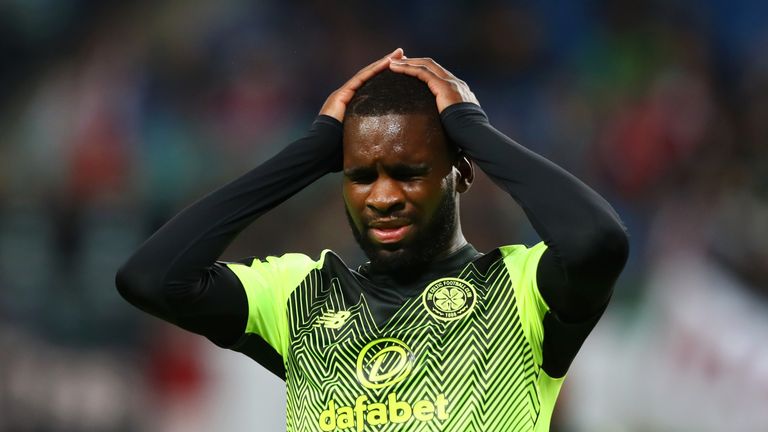 The visitors enjoyed some good possession and limited Leipzig’s threat on goal until the half-hour mark.

However, after Cunha blazed over from inside the area, the Brazilian took advantage of some slack defending to break the deadlock – finishing past Craig Gordon after Eboue Kouassi and Dedryck Boyata both missed a cross. 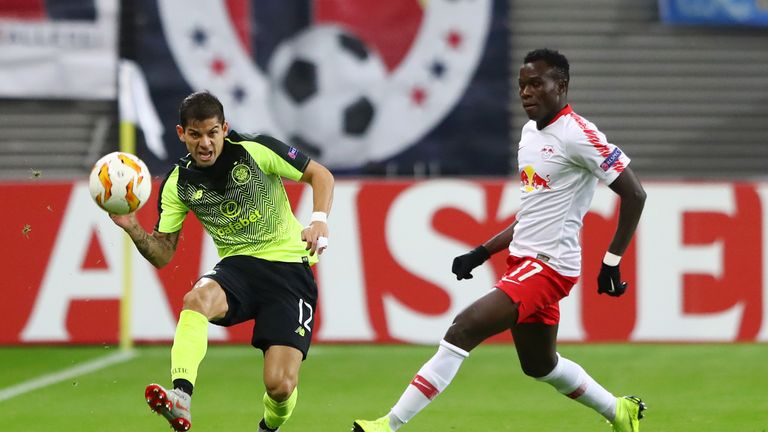 Bruma added a second in the 35th minute, firing past Gordon after Marcelo Saracchi’s cross deflected into his path.

Gordon then saved from Cunha as Leipzig threatened a third.

Celtic were missing injured trio Scott Brown, Tom Rogic and Leigh Griffiths as well as James Forrest, who was suspended. Lewis Morgan made his first start for Celtic while Eboue Kouassi made only his second appearance since the start of August. Christian Gamboa and Ryan Christie also made the XI.

There was no sign of a comeback from Celtic after the break and Leipzig went close to adding to their lead as Konrad Laimer fired narrowly wide and Gordon made a good save to tip Jean-Kevin Augustin’s shot onto the post.

Celtic finally had a shot on target in the 85th minute, but Olivier Ntcham could not finish past Yvon Mvogo.

Man of the match – Kevin Kampl

It took Leipzig almost 30 minutes to get into the match, but Kampl was their standout player and architect of some of their best attacking moves.