In an interview this week Suarez admitted that he was ‘slow’ and ‘fat’ at the start of the season and even said he understood why at 31, Barcelona were looking at who they should sign to replace him.

For now, all news of his irreversible decline remains greatly exaggerated. Barcelona were awful for long spells against a team with the third smallest budget in the division but Suarez is back doing what he does best and is now La Liga’s top scorer with nine goals. 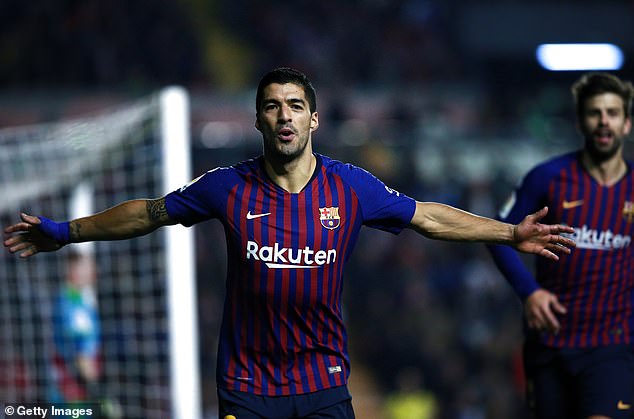 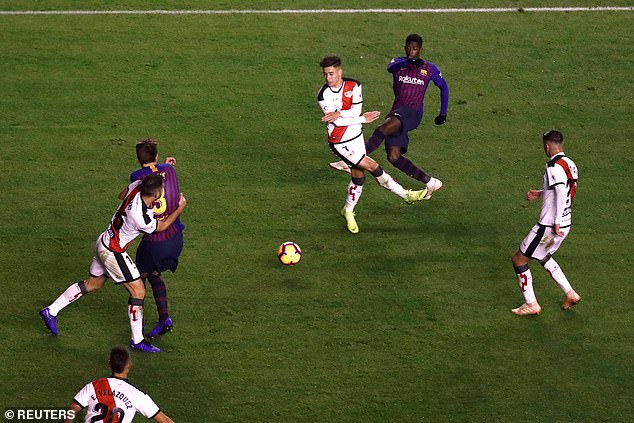 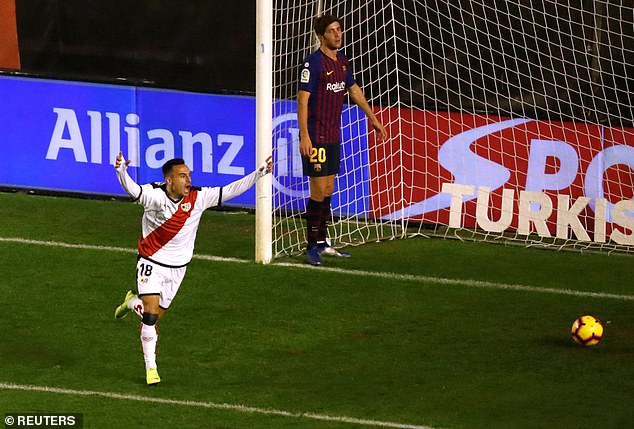 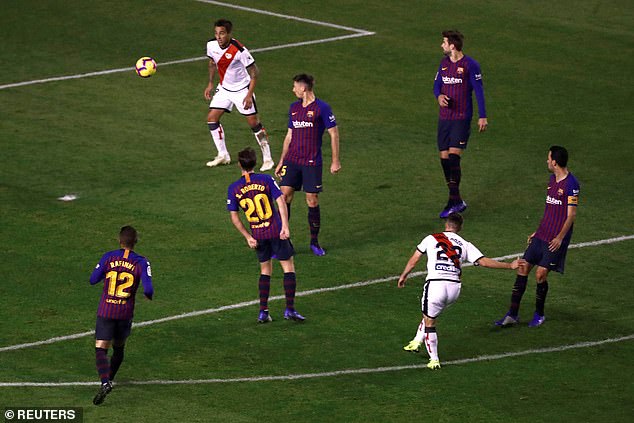 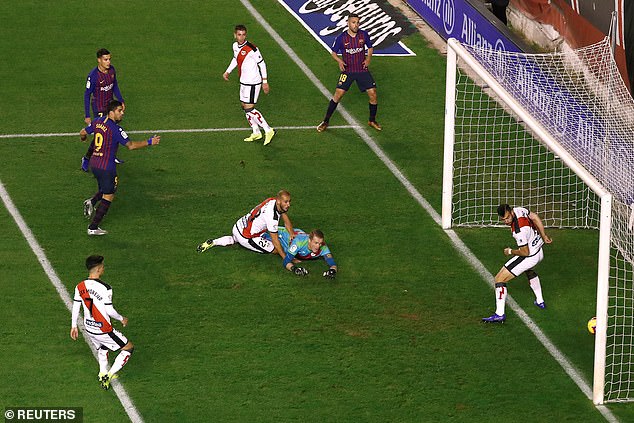 ‘We took the lead but were then guilty of relaxing,’ he admitted after the game. ‘Maybe we were complacent but they deserve some credit because of the way they came back.’

Barcelona were complacent against a side whose coach had claimed before kick-off had only a two percent chance of victory.

Barcelona took the lead on 11 minutes with a goal as simple as it was brilliant. Ivan Rakitic played a spectacular long pass in behind Rayo’s defence for Jordi Alba who screeched to the byline and pulled the ball back for Suarez to find the far corner.

Suarez now had one more goal than Lionel Messi whose absence he is doing his best to overcome. He ran straight to celebrate wtih Alba whose form continues to make Luis Enrique’s decision to leave him out of the Spain team look daft in the extreme.

Barcelona had control of the game but just as they did the last time they visited the Spanish capital – against Leganes – they let the lead slip with some sloppy defending.

Jose Pozo’s shot was the first goal that Barcelona had conceded from outside the area all season. The finish was millimetre-perfect just beating Marc Andre ter Stegen’s outstretched hand and going in off the post.

Suarez then hit the post from Rafinha’s pass – the 15th time Barcelona have hit the frame of the goal this season. He was leading the line well but Philippe Coutinho and Rafinha were not at their best either side of him and it was no surprise when Ernesto Valverde told Ousmane Dembele to warm up at half time.

He prepared himself through the break but did not come on until minute 50 by which time Rafinha, who he replaced, had wasted an early chance shooting wide instead of crossing for Coutinho and Suarez. 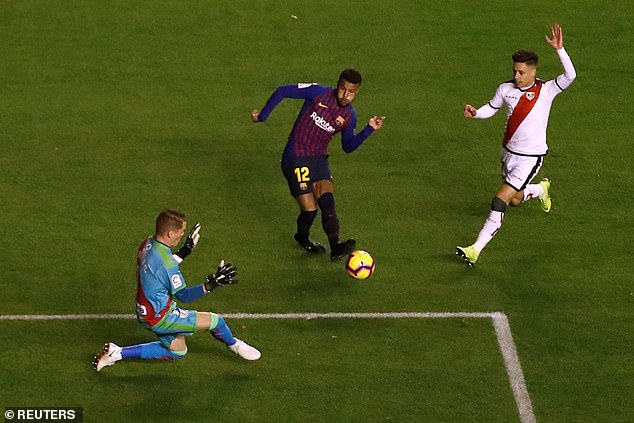 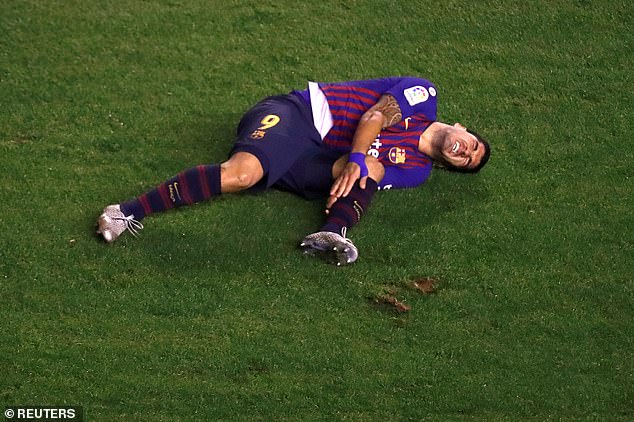 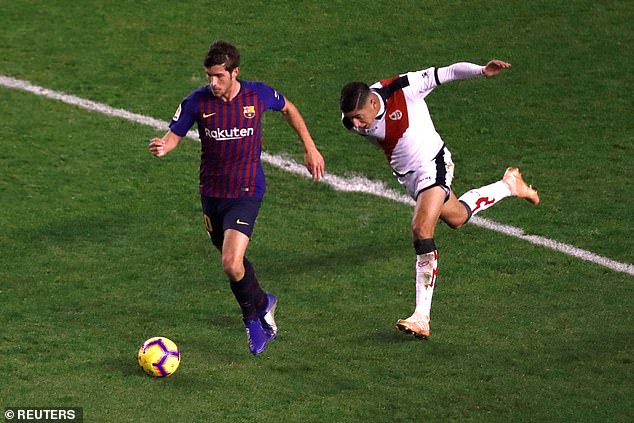 On 57 minutes Rayo were in front. The cross came in from the right from Adrian Embarba after Gerard Pique’s clearance had dropped straight to him. Raul De Tomas got in front of Pique to head the centre goalwards and after it flew past Ter Stegen it came back off the near post and came straight out to Alvaro Garcia who got in ahead of Sergio Roberto to score into an empty net.

Dembele had given the ball away at the start of the move but there were plenty of opportunities to win it back before Rayo scored and none were taken.

Barcelona coach Valverde had warned his team not to do as they had done against Leganes earlier in the season, but they had done exactly that – taken the lead only to fall 2-1 behind.

He threw on Munir El Haddadi and Arturo Vidal for Arthur and Coutinho but it made little difference. The game they had governed early on was long gone.

If in doubt, however, knock it up to the big man. Pique had gone forward to play as an emergency No nine and when he nodded down Jordi Alba’s long pass Dembele was on hand to score his first goal since September through a crowded area.

It worked once and moment later it worked again. This time it was Sergio Roberto’s long pass into the area and it fell to Suarez to sweep in the winner. After making light work of beating Sevilla, Inter and Real Madrid all in the same week, Barcelona had huffed and puffed against humble opposition but Suarez had led them over the line.