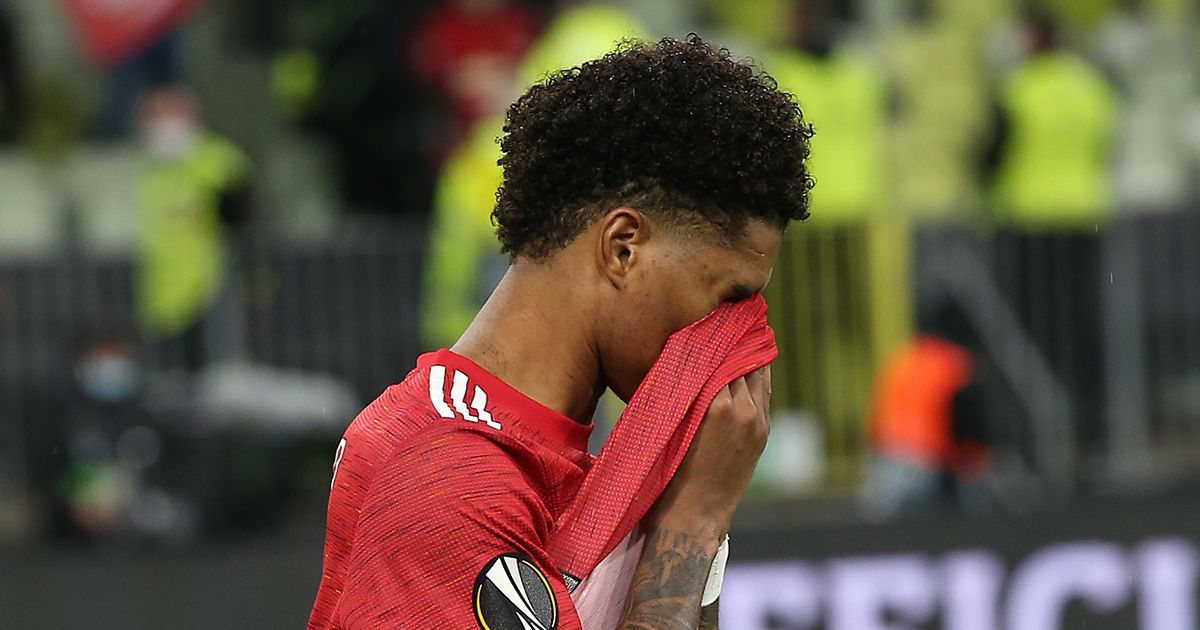 Marcus Rashford has revealed he was sent ‘at least 70’ racist messages after Manchester United’s Europa League final defeat to Villarreal.

United lost 11-10 on penalties in Gdansk with goalkeeper David De Gea the only player to miss, which handed the La Liga side the trophy.

Boyhood Red Devils fan Rashford was more distraught than anyone in his post-match interview, but that didn’t stop vile racist trolls directing a volley of discriminatory abuse at him online.

After the game, the 23-year-old revealed on Twitter that he had been sent ‘at least 70’ racist messages on his various social media accounts.

In a post on Twitter, he said: “At least 70 racial slurs on my social accounts counted so far.”

“For those working to make me feel any worse than I already do, good luck trying.”

In a later tweet, he alleged that one of his abusers appeared to be a teacher.

“I’m more outraged that one of the abusers that left a mountain of monkey emojis in my DM is a maths teacher with an open profile”, he said.

“He teaches children!! And knows that he can freely racially abuse without consequence…”

Rashford also shared a screenshot of a reply from another Twitter user, which said: “You deserve it man you are awful.”

Manchester United came out in support of Rashford and his team-mates soon after the forward revealed the abuse he had received.

They tweeted: “Following the #UEL final, our players were subjected to disgraceful racist abuse. If you see any form of abuse or discrimination, act and report it.”

United also provided a link for supporters to report any racist abuse they see online.

Former Manchester City star Micah Richards was one of the many people to tweet Rashford their support, sending him a message which said: “Keep your head up” followed by a crown emoji.