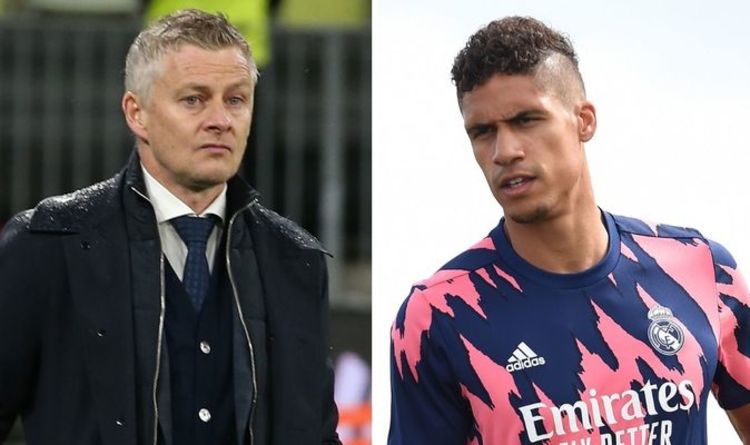 Manchester United have moved one step closer to signing Raphael Varane, according to reports. Ole Gunnar Solskjaer was left frustrated by United not signing a centre-back last summer to partner Harry Maguire in defence.

Victor Lindelof was once again trusted as the main choice to play alongside the England international.

But reports all season long have suggested that Solskjaer still wants to bring in another option this summer.

Dayot Upamecano was strongly linked with a move to Old Trafford a year ago, but he’s since agreed a deal in principle to join Bayern Munich.

United have now seemingly turned their attentions to Varane, who faces an uncertain future at Real Madrid.

JUST IN: Kieran Trippier ‘makes arrangements to return to England’ 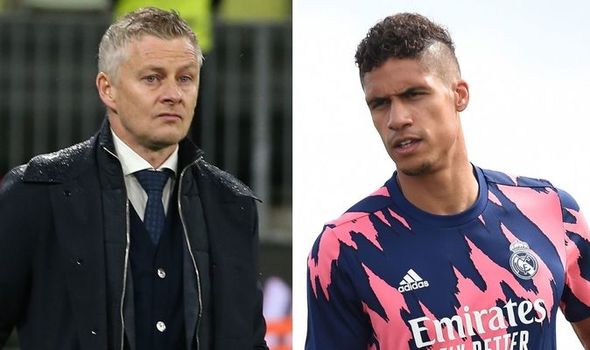 The Frenchman has just one year left on his contract and reports in Spain suggest his demands for an extension are proving too much for Real.

United are seemingly prepared to swoop in and AS now claim that an offer has already been made.

Varane is currently with the French national side preparing for the start of the European Championships.

It seems unlikely a deal for Varane will happen until after the end of the major tournament.

But signing Varane may well be the start of United’s summer transfer plan with another forward also expected to join.

Real also have a number of decisions to make on several players this summer with Sergio Ramos’ future also up in the air.

Carlo Ancelotti’s arrival as Zinedine Zidane’s replacement has led to questions on what he plans to do in the summer.

Ramos though remains the biggest question mark on whether he will stay at the Bernabeu. 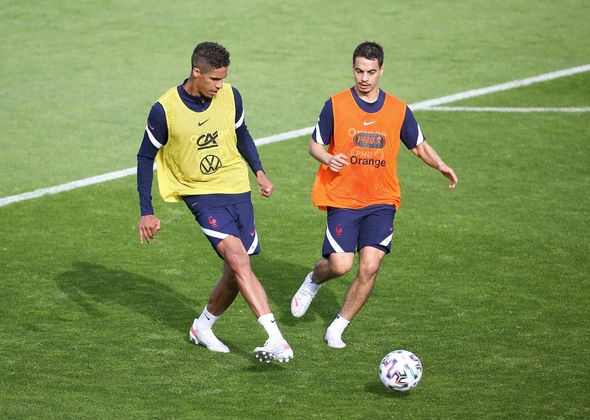 And Ancelotti opened up on the “talks” taking place behind the scenes during his unveiling as Real’s new manager.

“I can’t imagine a Real Madrid without Sergio Ramos but I also couldn’t imagine a day without Carlo Ancelotti!” he said.

“It is clear that Sergio Ramos is a very important player and has been fundamental for many successes at this club.

“I know there are talks over a renewal, but I don’t know the details, when I do, I can say more.”