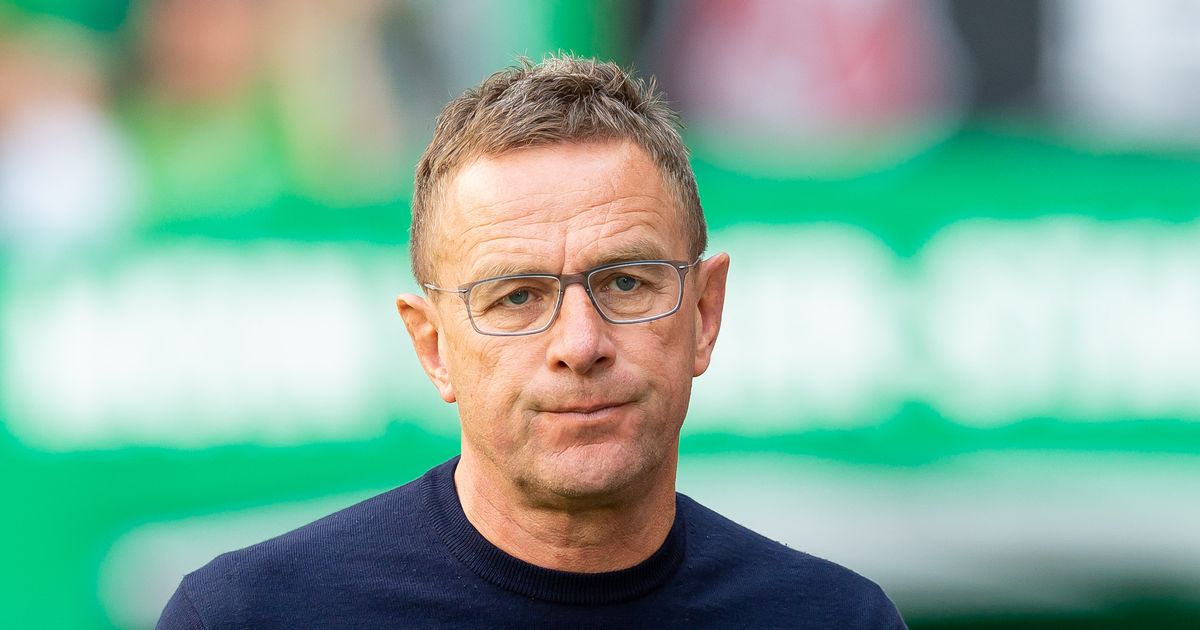 Ralf Rangnick is poised to become Manchester United’s interim manager – but that won’t be his taste of English football.

Rangnick has agreed to take over at United until the end of the season, according toThe Athletic.

The 63-year-old is expected to leave his current role as head of sports and development at Lokomotiv Moscow to become Ole Gunnar Solskjaer’s successor at Old Trafford.

The German is well known in his native country, where he has developed a reputation for his commitment to a high-intensity pressing game during stints with Hannover, Schalke, Hoffenheim and RB Leipzig.

Rangnick is an intriguing appointment for United and his unusual back-story makes him even more interesting. He has been involved in coaching and management since 1983, but, like many managers, Rangnick’s involvement in football began in a playing capacity.

While that was largely in the lower leagues of Germany, Rangnick’s journey also took in a stint at the unlikely destination of AFC Southwick in Sussex.

Back in 1979, Rangnick was a student of English and physical education at Stuttgart University. His degree included one year at the University of Sussex in Brighton where, as a 21-year-old budding footballer, he found himself looking for a team.

“I lived in Lewes, near Brighton, with a host family,” Rangnick toldFour Four Two. “I’d get the train to London twice a week to see a match, it was great.

“Brighton were in the First Division and I tried to join their squad, but couldn’t as students needed a work permit.

“I probably wouldn’t have been good enough anyway, so I went to play for Southwick and in the second game for them I broke three ribs and perforated a lung!”

HAVE YOUR SAY! What do you make of Manchester United's approach for Ralf Rangnick? Comment below. Southwick now play in the Mid Sussex League Premier Division and were in the ninth tier of the English football pyramid during the 1979/80 season.

Due in part to his four-month lay-off through injury, Rangnick only managed to make 11 appearances, all but two of which came as a substitute.

But he has fond memories of his time on the south coast and has previously described the period as "one of the best years of my life".

"The most important thing for me was the amount of coaching we did on the pitch," he said in 2011.

"There was hardly a situation where we didn't spur each other on, doing some coaching among ourselves or motivating each other.

“That was totally inspirational for me and certainly moulded me."

A player profile, shared by AFC Southwick on Twitter, gives a revealing picture of Rangnick in the late 1970s.

His favourite player is listed as Garry Birtles, his dislike as science fiction films, his car as a Fiat 731 and his ambition as “pro football”.

If he rocks up at Old Trafford in the coming days then Rangnick will have completed another step on his unusual career path.