Celtic secured their 10th consecutive domestic trophy after beating Rangers in the Scottish League Cup final with Fraser Forster putting in a colossal performance in goal. Rangers were rampant from the outset, controlling the match and putting Celtic on the backfoot.

Ryan Jack was first to test Forster with a ferocious long-range effort only to see the Celtic shot-stopper incredibly get a hand to it and palm the ball away to safety.

Alfredo Morelos then had a number of opportunities to break the deadlock but he too had his head in his hands as Forster continued to stand tall and protect Celtic’s goal.

Steven Gerrard went in at half-time scratching his head as to how Rangers hadn’t been able to find the breakthrough.

Their pressure continued in the second half with Morelos once again being at the forefront of their chances, but Forster was proving to be unbeatable in the Celtic goal. 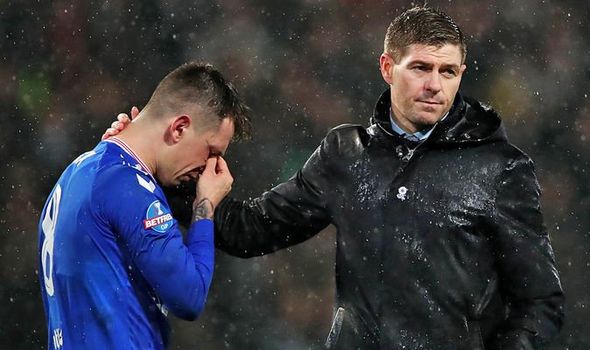 But the turning point in the match came at the hour mark when Celtic, with a rare venture forward, won a free-kick and went on to score with their first shot on goal.

Ryan Christie whipped the ball in to the box and Christopher Jullien was the man on the end of it before tapping past Allan McGregor to send Celtic fans into pandemonium.

But replays appeared to show Jullien was clearly in an offside position which left Rangers fans furious at full time.

One fan fumed: “Jullien offside and Forster off his line for the penalty. Sort it out SFA.”

Another wrote: “Why doesn’t Scotland have var Celtic’s goal was clearly offside.”

A third said: “Rangers denied 3 clear penalties and Celtic scored from a ball into the box where 3 Celtic players are offside. Credit to Willie Collum, he done his team proud today.”

A fourth tweeted: “How can a linesman stand and see 3 celtic shirts on his side and not give an offside.” 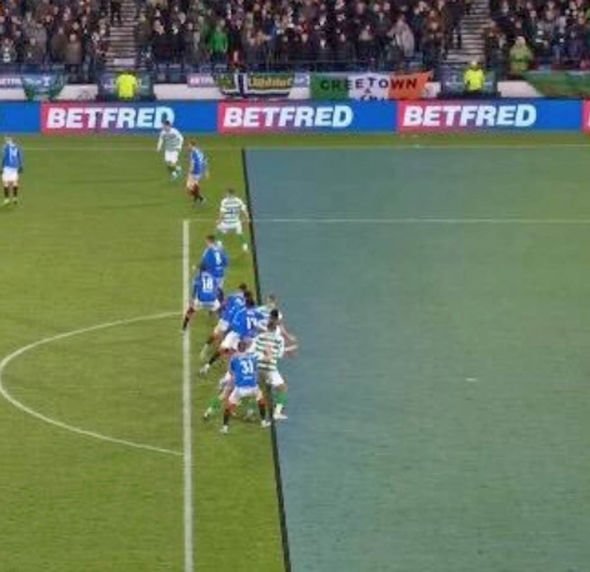 Rangers did have a chance to equalise just minutes later though when Morelos was brought down in the box and were awarded a penalty.

Jeremie Frimpong was sent off for his challenge on Morelos and the striker stepped up to take the resulting spot-kick, but he saw his attempt saved by Forster.

That missed chance appeared to kill some of the spirit for Rangers as they began to run out of steam in the closing stages.