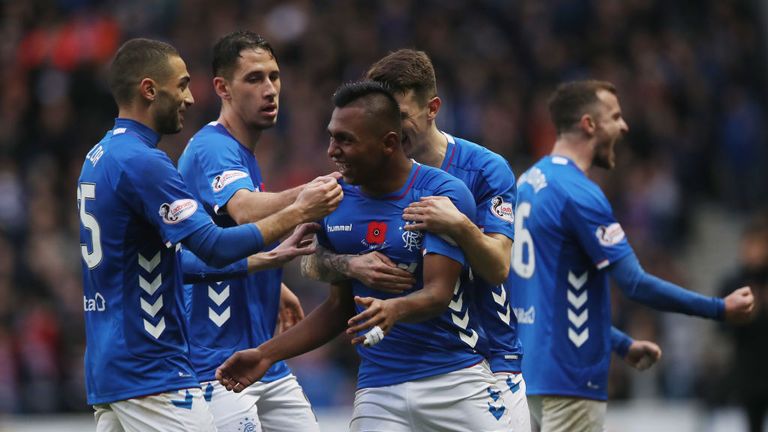 Rangers put on a masterclass of finishing as they beat 10-man Motherwell 7-1 to move within two points of Celtic at the top of the Scottish Premiership.

Scott Arfield got the first of his goals early on (8) but Curtis Main levelled (25). It was hard to call a winner at that point but Carl McHugh was dismissed (34) before the break for a second yellow after handling in the area. James Tavernier netted from the spot (35) which triggered Rangers to run riot.

Alfredo Morelos (38), Glenn Middleton (59), Arfield (61) and a double from Eros Grezda (68, 75) – his first goals for the club – sent Motherwell packing and registered Rangers’ eighth home win from their last nine.

After Celtic’s victory earlier on Sunday, the win moves Rangers back to within two points of the league leaders – they currently sit in third but have a game in hand on second-placed Hearts.