Race to the Premier League: Fallen giants lead the way at the top of the Championship as six points separates top TEN sides… but who is best equipped to make return to top-flight?

The Championship remains one of the toughest divisions to escape from. The reward – a place at the Premier League table – continues to become more and more lucrative with every passing year.

Fans and managers alike crave consistency in a league where the margins – and points difference – are so slim.

The division now hosts a wealth of sides with a rich history at the top of the English game with Sheffield United, Leeds United, Middlesbrough and Derby County a handful desperate to end their stay in the second tier. 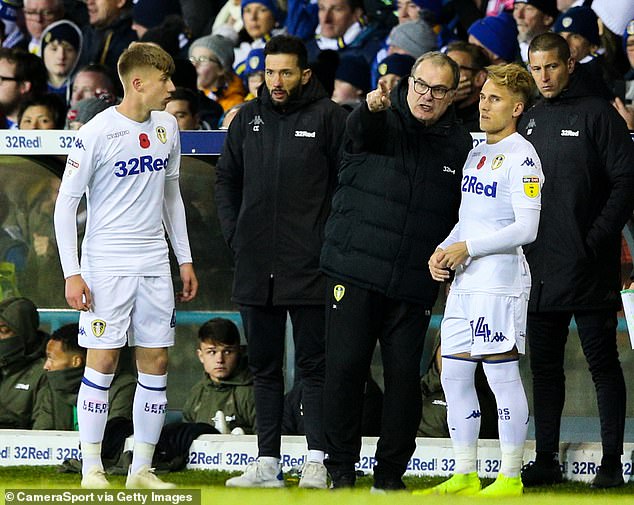 Now 15 games into the latest campaign, those who do not follow the division would assume it is beginning to take shape. But with just six points separating the top 10, the door remains a jar for a bus-load of teams to stake their claim.

Sportsmail looks at the leading contenders, the men masterminding the promotion charge and their credentials in making a return to the top-flight.

Chris Wilder’s side are more used to being the hunter than the hunted. But nine wins from 15 games has set them apart from their peers with striker Billy Sharp leading the Blades’ assault on the division.

With a Steel derby on the horizon, Wilder’s men will want to go in leading the way but are well aware there is a gaggle of teams waiting to punish even the smallest of slip-ups.

Having played just two of the current top six – a win over Norwich but defeat to Derby – tougher tests are to come and that’s when the jury will make a verdict on the strength of this current side.

Back-to-back defeats to start the new campaign suggested a long season of struggle but the ship has steadied and with Sharp and Co scoring goals for fun right now, United are a test for even the meanest of defenses. 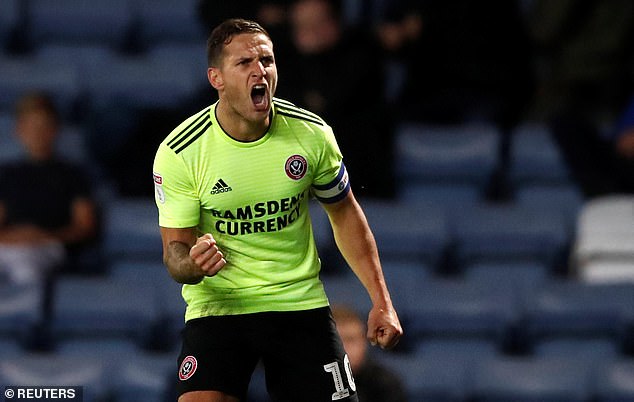 The news that former Athletic Bilbao boss Marcelo Bielsa was to take charge at Elland Road put every other side in the division on alert.

Here was a man with experience at the very top of the game, hailed by Manchester City boss Pep Guardiola as the ‘best coach in the world’ and one of the football’s greatest tacticians.

His start in Yorkshire has not disappointed either. The demolition job away at Derby was a statement to the rest of the division on matchday two. Not just for how emphatic the result was, but also the manner in which his side effortlessly took their hosts apart time and time again.

Leeds were relegated to the second tier in 2003-04 and have not been back at the top table since. Still one of English football’s biggest clubs, Leeds fans will hope under the studious gaze of Bielsa, the club are finally on route to the top. 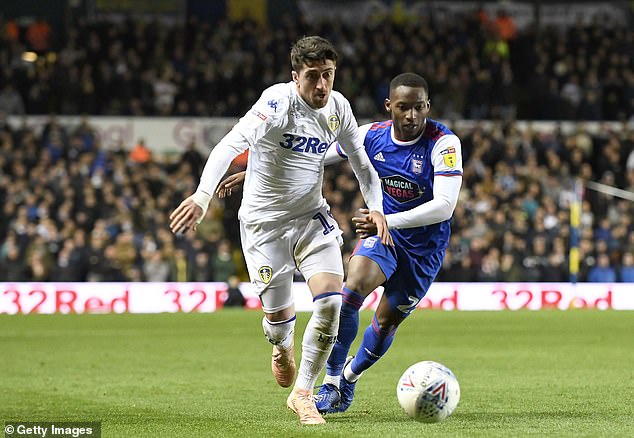 One of Middlesbrough’s biggest assets is Tony Pulis. A manager that unlike others in the top six, has experience of navigating this division having taken Stoke City up in 2008.

Unlike predecessor Gary Monk, Pulis is a model of consistency from a tactical perspective and the players are thriving thanks to that.

Jonny Howson is the fulcrum to Pulis’ side in midfield and everything for the 60-year-old is about laying solid foundations at the back.

With just eight goals conceded so far, the meanest defense in the division, the north east side on the right track. But with no home win since September 19 – three draws and one defeat – is the big worry.

Fix performances at the Riverside and Boro could go from one of the leading contenders to the team to beat. 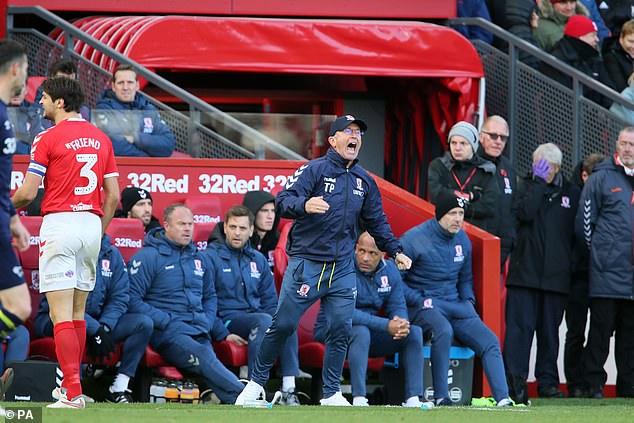 In 2016, the Canaries suffered their second relegation in three seasons from the Premier League. They had done the hard bit to get there. Only staying there seemed too difficult a task.

Eighth in their first season back in the second tier suggested they were not far away but 14th the year after came as something of a reality check.

But while there is increasing pressure on a number of sides around them, Norwich are getting on with business, one by one dispatching the likes of Aston Villa, Brentford and Nottingham Forest in their climb up the league.

Jordan Rhodes and Teemu Pukki have already found themselves among the goals and for boss Daniel Farke, his change in philosophy is reaping rewards now.

Bournemouth boss Eddie Howe described Norwich as ‘one of the form teams in the country right now’ ahead of their Carabao Cup match-up and he is not wrong. Carry on like this and the two will be meeting in the league, rather than the cup, next year. 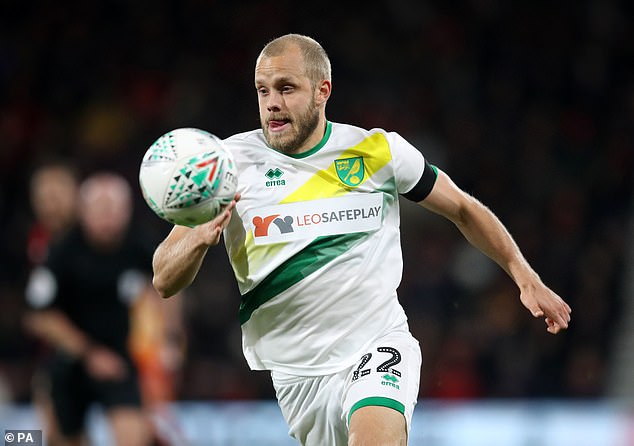 It has been some turnaround in the Midlands. Battered and bruised following relegation from the Premier League last season, the Baggies now look a different beast under boss Darren Moore.

The division’s highest scorers – 33 from the opening 15 games – has shown the shift to a more expansive and attacking philosophy under Moore.

Harvey Barnes, on loan at the club from Leicester, has been a revelation. The 20-year-old has five goals and three assists already.

Such is his impressive form, Leicester have a clause in place to recall him in January in a move that could really damage the club’s burgeoning promotion hopes.

They were 10 points adrift in the Premier League when Moore took over but with some clever recruitment and a clear identity, West Brom are in the leading pack. 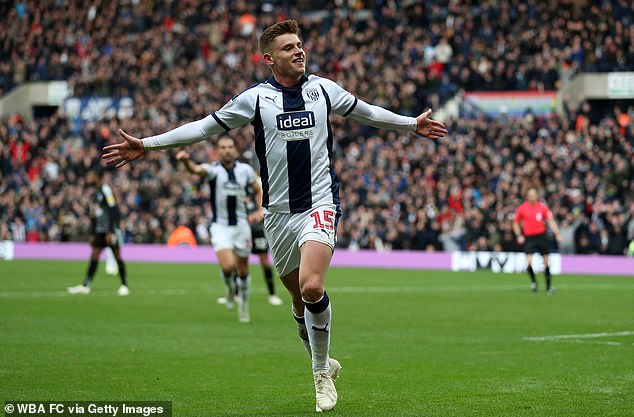 For a first job in football, Frank Lampard is making management look rather easy.

The Derby County boss made the emotional return to his former club Chelsea this week in the Carabao Cup and despite seeing his side eliminated, he left a clear mark on what he is trying to do with the Rams.

Committed to playing out from the back, Lampard is confident in his beliefs and shows no appetite to cave when his players are backed into a corner.

Recruitment has been key to Derby’s success with loan stars Mason Mount (Chelsea) and Harry Wilson (Liverpool) two of the division’s brightest stars.

Having played each of the sides above them, losing only to Leeds, there is a belief in the squad that they can compete with anybody. The 4-1 demolition away at West Brom and the home win over league leaders Sheffield United was sure proof that the work Lampard is doing is no fluke. 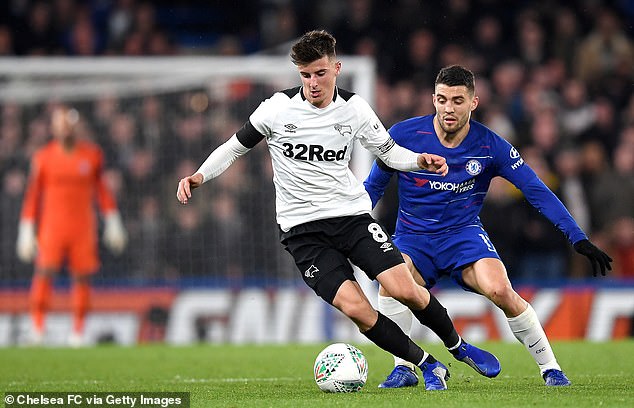 On loan from Chelsea, Mason Mount has shown his class pulling the strings at Derby County