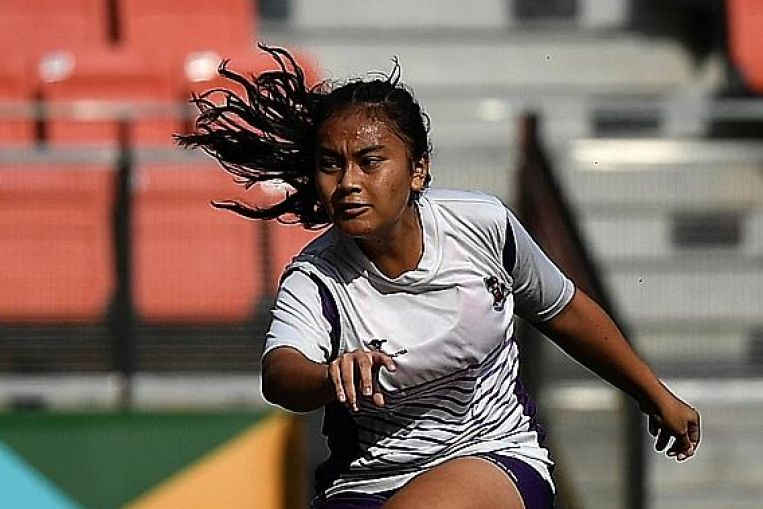 Three years ago, she announced her arrival in the national set-up by becoming the youngest player to feature and score for the national women’s team then at just 14 years and 353 days.

The striker, who has six national caps, notched another milestone last September by becoming the first local female player to be offered an overseas athletic scholarship.

The 17-year-old departed for the United States early this morning to enrol in the Cumberland University in Tennessee on a four-year scholarship.

Putri, who will major in sports management, said in the Football Association of Singapore’s (FAS) announcement yesterday: “To be honest, I didn’t rate my chances at all, and I just wanted to try my luck (by applying for the scholarship). My parents were also super supportive, something I was extremely thankful for.”

She had set her sights on Cumberland University after watching YouTube videos of the women’s varsity football team as she thought that their attacking playing style was the right fit for her.

Learning that the school places special focus on its athletes also appealed to her.

Aside from her achievements with the national team, Putri, one of The Straits Times Young Athlete of the Year 2018 nominees, also showed her attacking prowess at the National School Games.

The former Queensway Secondary School player plundered 42 goals in six games in the Schools National C Division girls’ football tournament in 2017. In the next two seasons, she finished the top scorer in the B Division, with 19 goals and 27 goals in 2018 and 2019 respectively.

The teenager hopes that her scholarship will encourage other local footballers to chase their dreams. “I hope that me being offered the athletic scholarship will spur and motivate other girls to pursue their passion in football since they now know that it is actually possible to achieve something like this,” she said.

“We just need to work hard and have faith in ourselves, and eventually everything will work out well.”

She said: “We are very pleased that Putri received the scholarship through football into Cumberland University as it does show that we do have the talent pool for women’s football, and it is definitely something for us to build on.

“I hope that this will inspire and motivate other girls to strive hard to achieve footballing success too.”