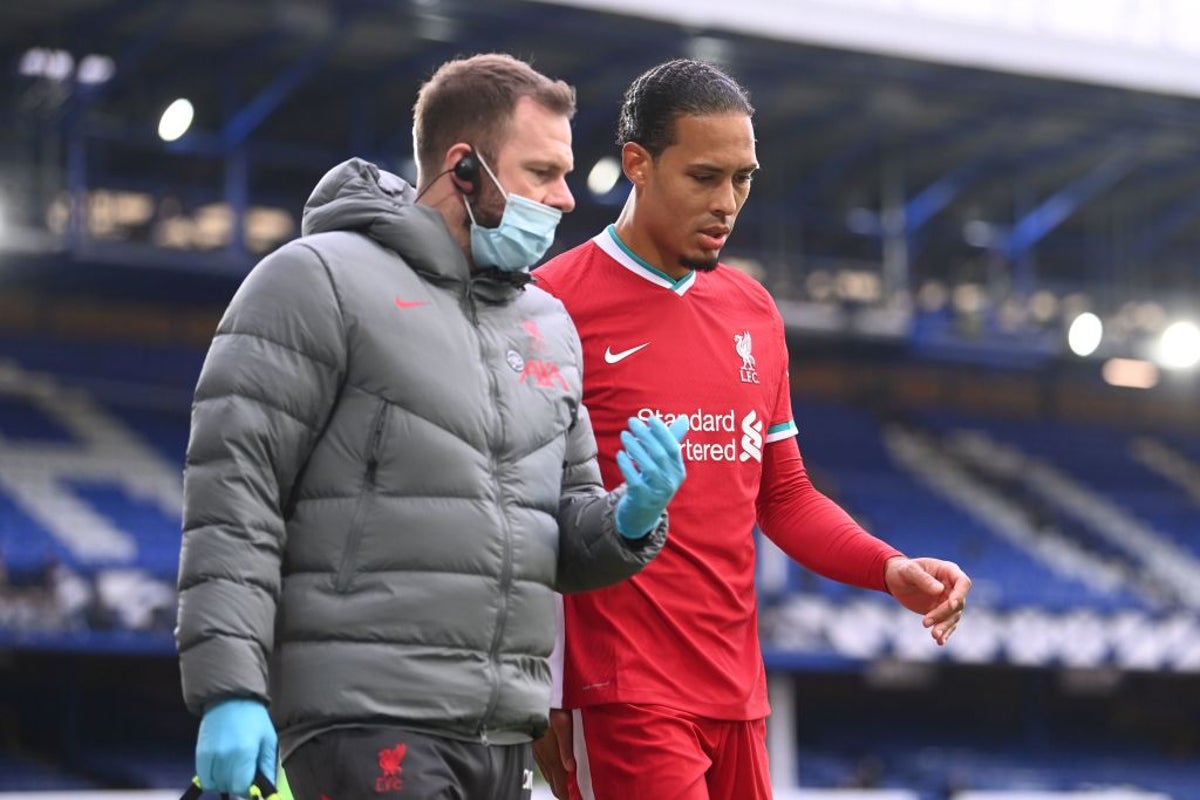 Liverpool manager Jurgen Klopp concedes the previous Merseyside derby this season was “an important day” in their Premier League title defence but insists he and his players are now over the events of October’s game.

Four months ago at Goodison Park the champions lost key defender Virgil Van Dijk for the rest of the season after a reckless tackle by Everton’s England goalkeeper Jordan Pickford ruptured anterior cruciate ligaments in his right knee.

They also lost new signing Thiago Alcantara, also to a knee problem, for two and a half months at a key point in his settling-in period after a last-minute lunge by Richarlison saw the Brazil forward sent off in the 2-2 draw.

Klopp’s side are still feeling the effects of both of those instances – particularly the absence of Van Dijk – and the Reds boss admits had they faced Everton again soon afterwards, his players may have been harbouring thoughts of revenge.

But since so much time has passed, he does not expect Saturday’s 238th Merseyside derby to be impacted by previous events.

“I don’t know what I will think back when the season is over, to be honest,” he said when asked whether he would look back at it being the date their title hopes faltered.

“I hope I will think of something nicer than this. It was an important day, for sure. Nothing will be carried over until tomorrow.

“A week, two, three weeks later when we got the diagnosis (on Van Dijk) it was good that we didn’t play Everton immediately again.

“We are all human beings and of course it was not nice but now it is long gone.

“We just don’t think about that any more but it is still a derby and that is enough to be motivated on the absolutely highest level, trying to play the best possible football you can play, and that’s it pretty much.”

The trickle-down effect of losing Van Dijk, and soon after Joe Gomez and then Joel Matip, left Klopp without his three senior centre-backs and he will continue to be without his first-choice stand-in at Anfield.

Brazil international Fabinho has missed the last two matches with a muscle problem and has not yet returned to full training.

One midfielder who has is Naby Keita, who has been out injured since 19 December, but considering the lengthy list of injuries and niggles the 26-year-old has had during his time at the club, Klopp is taking things steady.

“It is just unlucky. He could have been in the squad with Leipzig (on Tuesday) but it didn’t make sense as he had only trained two days with the team so (we said) ‘Stay at home, two days’ proper training’,” added Klopp.

“Unfortunately Naby got ill a little bit so he couldn’t train those two days so yesterday we re-integrated him again.

“We don’t hold him back but of course with the injuries he had, we don’t want to force him in but it would be nice to have him.

“Is he able to play a few minutes on Saturday? I don’t know. If he cannot play a few minutes it is better to stay away from the team and train properly because being around on the bench is not the most intense things and he needs to get used to the intensity again.

“No decision made yet but he is not injured any more so now we need to figure out how fit he is to play how many minutes.”

Liverpool head into the match in sixth place, woefully out of form after a run of two league wins in the last 10, and just three points ahead of their neighbours, who also have a match in hand.

Everton have not won at Anfield since 1999 but Klopp is wary this could be their chance.

“A manager like Carlo (Ancelotti) helps each team in the world, that is clear beforehand,” he said of his fellow Champions League-winning counterpart.

“They have a really good squad so maybe they are closer than ever before.

“From a position in the table for sure, it is a while ago we were that close I think. I don’t know exactly, but probably closer than they have been before.”