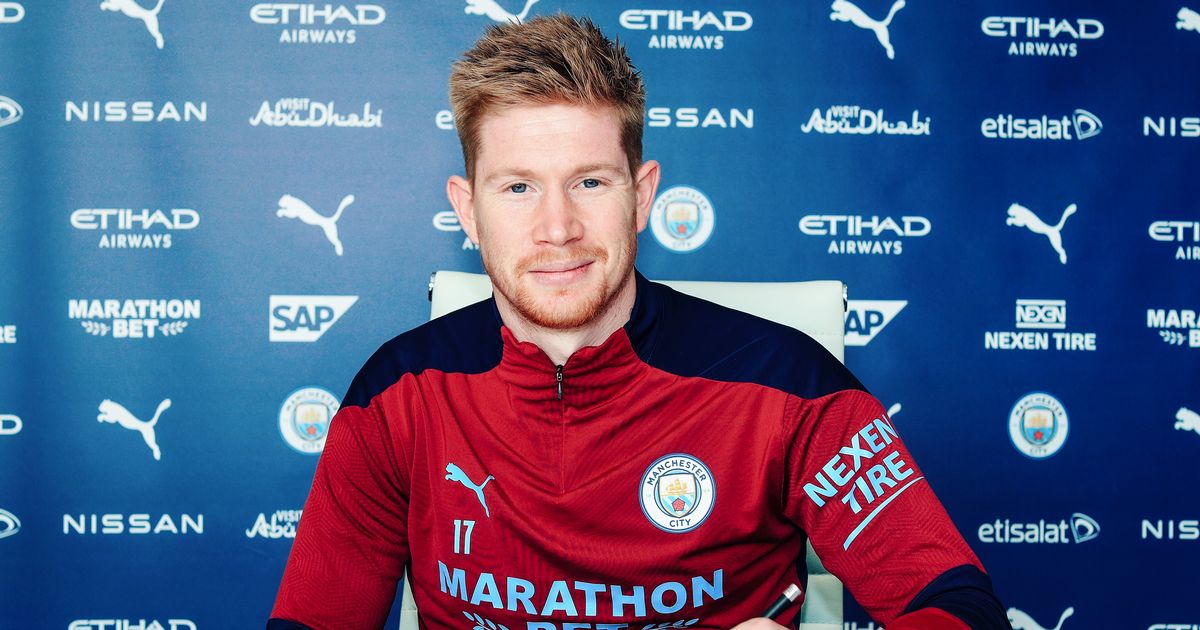 Kevin De Bruyne's new £385,000-a-week contract at Manchester City has catapulted him up the list of the Premier League's highest earners – but the Belgian still doesn't hold top spot.

City's playmaking maestro quashed any speculation over his future by signing a new deal which will keep him at the Etihad until 2025.

The megabucks deal moves him above Raheem Sterling as the club's highest earner, although he still has some way to go to overtake the man at number one on the list.

Chelsea goalkeeper Kepa Arrizabalaga hasn't just been a disaster on the pitch – he's been a nightmare on the balance sheets too.

Bruno Fernandes earns £154,286-a-week at Manchester United and is worth every penny of his colossal salary.

The Portuguese ace has transformed the Red Devils since his arrival in 2020 with 67 goal involvements in just over 65 games.

Juan Mata signed one-year extension to his current deal at Old Trafford in March and has seemingly been rewarded for his loyalty.

Ex-Chelsea man Mata is one of United's longest serving players and is now reportedly on £160,000-a-week.

Maybe it wasn't just the lure of Champions League football that tempted Harry Maguire to Old Trafford in 2019.

Recent reports have suggested that Liverpool will open contract renewals with Virgil van Dijk soon – and it's easy to see why.

Van Dijk has transformed the Reds since his move from Southampton and should be earning more than £165,000-a-week.

Chelsea went on a spending splurge last summer, with Timo Werner one of Marina Granovskaia's most expensive purchases.

Roberto Firmino is the first of Liverpool's strike-force on this list, with the Brazilian ace said to be worth £180,000-a-week.

Before Arsenal broke the bank to sign Nicolas Pepe, the Gunners lamped out a then-club record £46.5m to sign Alexandre Lacazette.

Strikers aren't the only ones who cost an arm and a leg these days, left-backs will set you back a pretty penny too.

According to Sportsrac, Ben Chilwell is the Premier League's highest earning defender at £190,000-a-week.

Arsenal may have got Willian for free from Chelsea, but the Brazilian is proving a drain where his wages are concerned.

Tottenham's strict wage structure means Harry Kane isn't as far up this list as you might think.

The England captain earns £200,000-a-week, although that is liable to change as speculation continues to grow over his future.

Like Willian at Arsenal, Thiago didn't cost Liverpool a penny, which means his wages are the club's only expenditure.

The former Bayern Munich man trousers £200,000-a-week but has been disappointing for the Reds this season.

Mohamed Salah's £200,00-a-week wage is befitting of a player who has won the Premier League and the Champions League.

Anfield chiefs will be hoping to tie the Egyptian star to a new deal when his current one expires in 2023.

The 23-year-old's deal runs out in 2023, although United have the option of a one-year extension, which we think they may take up.

From Radamel Falcao to Zlatan and Edinson Cavani – United love nothing more than an expensive, ageing striker.

Cavani is expected to leave in the summer but is still pocketing £210,000-a-week for his troubles.

One man who is definitely leaving the Premier League in the summer is Manchester City legend Sergio Aguero.

Scorer of that goal in 2012, the little Argentine has repaid every penny of his £230,135-a-week deal several times over.

One appearance on Who Wants To Be A Millionaire could earn you what Anthony Martial takes home each week.

That hasn't happened as yet, with the £250,000-a-week man spending more time on the treatment table than on the pitch.

Pierre-Emerick Aubemeyang signed a bumper contract extension worth £250,000-a-week in 2020.

His performances since have been less than impressive, with some Gunners fans calling for Arteta to sell the striker this summer.

If you've made it this far, there can't be too much surprise in seeing Paul Pogba firmly encamped within the top five biggest earners.

Raheem Sterling has an appropriate name for someone who earns £300,000-a-week, but it's a wage the winger fully deserves.

The 26-year-old has gone from strength-to-strength under Pep Guardiola and is now considered among the world's best players.

Kevin De Bruyne makes it into the top three after the midfielder signed a brand spanking new £350,000-a-week deal.

The Belgian playmaker ended any speculation over his future by committing to the Etihad until 2025.

Manchester United broke the bank to keep David De Gea out of Real Madrid's clutches in 2019 – but was it worth it?

The Spanish stopper has gone downhill since and could depart Old Trafford in the summer after a poor run of form.

Tottenham are reportedly paying half of the Welshman's salary, which would still put him joint-third on the list.