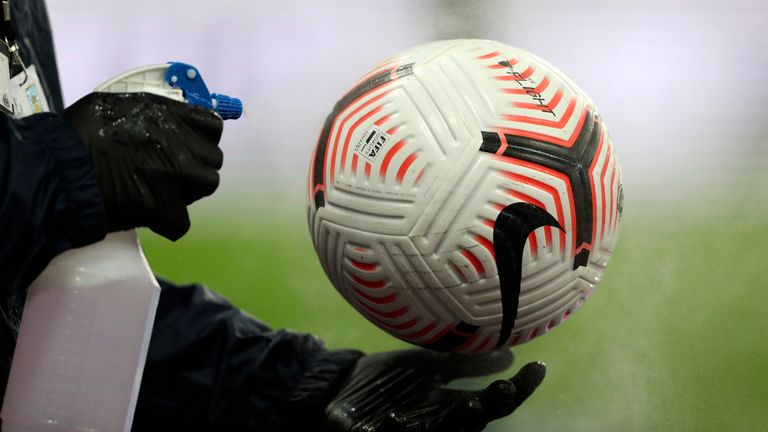 The Premier League has confirmed 36 positive coronavirus cases were recorded in the latest week of testing.

It marks a slight drop from the season-high of 40 positive cases which were revealed in last week’s results – the first in which players and staff at all 20 clubs were being tested twice a week.

“The Premier League can today [January 11] confirm that between Monday 4 January and Sunday 10 January, across two rounds of testing, 2,593 players and club staff were tested for COVID-19. Of these, there were 36 new positive tests,” read a Premier League statement.

“Players or club staff who have tested positive will self-isolate for a period of 10 days.

“The Premier League is providing this aggregated information for the purposes of competition integrity and transparency. No specific details as to clubs or individuals will be provided by the League and results will be made public on a weekly basis.”

Five matches have been called off because of coronavirus cases this season after Tottenham’s scheduled trip to face Aston Villa was postponed on Monday after an outbreak in the Villa squad.

Newcastle’s game away at Aston Villa on December 4 was the first to be postponed due to multiple Covid-19 positives among Steve Bruce’s squad and backroom staff.

Over the festive period, Everton vs Manchester City on December 28, Tottenham vs Fulham on December 30 and Burnley vs Fulham on January 3 were all forced to be postponed amid coronavirus outbreaks at City and Fulham.

Tottenham will now host Fulham on Wednesday in a re-arranged clash after the Villa postponement.

The Premier League has not discussed the possibility of a circuit break for the season despite the growing number of positive cases. In the past week a number of Premier League players, including Manchester City’s Benjamin Mendy, Tottenham trio Erik Lamela, Giovani Lo Celso and Sergio Reguilon, and West Ham midfielder Manuel Lanzini were reminded of their responsibilities concerning coronavirus protocols after breaching the rules over the festive period.

However, the FA will not charge any player for breaking coronavirus rules over the festive period, while the Premier League will leave it to the individual clubs to discipline those involved.

The national governing body for football in England insists protocols and compliance are determined by the respective rules of the leagues, so any breaches would fall under their jurisdiction.