Premier League players continued to show their support for the ongoing global anti-racism movement on the opening day of the 2020/21 season, with players taking a knee in all four of Saturday’s top-flight fixtures.

The Premier League previously said it will continue to give its backing to players who want to kneel before games, which started last season following the death of George Floyd and subsequent rise of the Black Lives Matter movement.

“We still feel strongly about taking the knee and we will carry on doing it until there’s change,” Brighton captain Lewis Dunk told Sky Sports News. 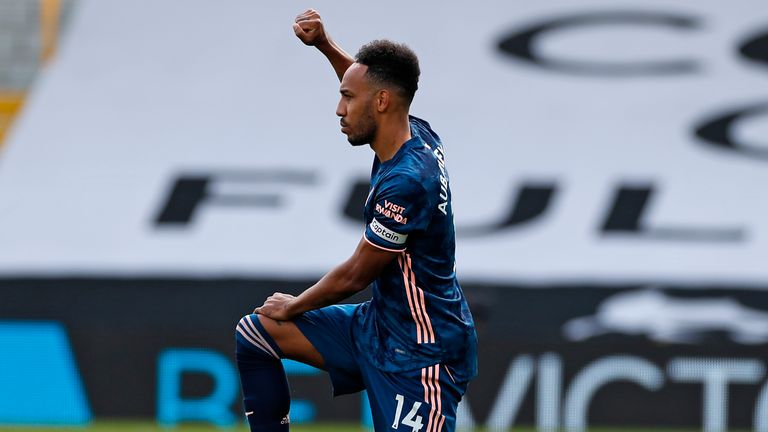 Premier League managers recently applauded the decision made by captains for players to wear a ‘No Room For Racism’ sleeve badge for 2020/21.

The ‘No Room For Racism’ badges replace the Black Lives Matter logo that was present on kits, but Crystal Palace boss stressed that both messages are still “vitally important”.

“Both messages [Black Lives Matter and No Room For Racism] are vitally important,” he said.

“No Room For Racism does not exclude Black Lives Matter. Football players are taking so much responsibility and showing that they really care about this important issue in our society.” The English Football League (EFL) CEO David Baldwin has recently revealed that all players in the Championship, League One and League Two will wear a logo on their shirts with the words ‘Not Today or Any Day’ this season, in recognition of their ongoing anti-racism initiative.

The England national team recently took a knee prior to their Nations League double header against Iceland and Denmark, with it being the first time the England squad displayed the gesture before a game. 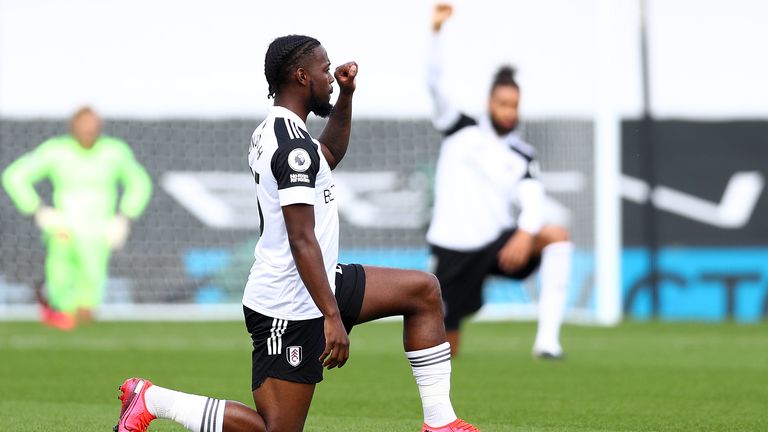 Arsenal, Liverpool, Chelsea Women and Manchester City Women all also knelt ahead of kick-off in their respective Community Shield games on August 29 at Wembley Stadium.