Signs of progress for Arsenal 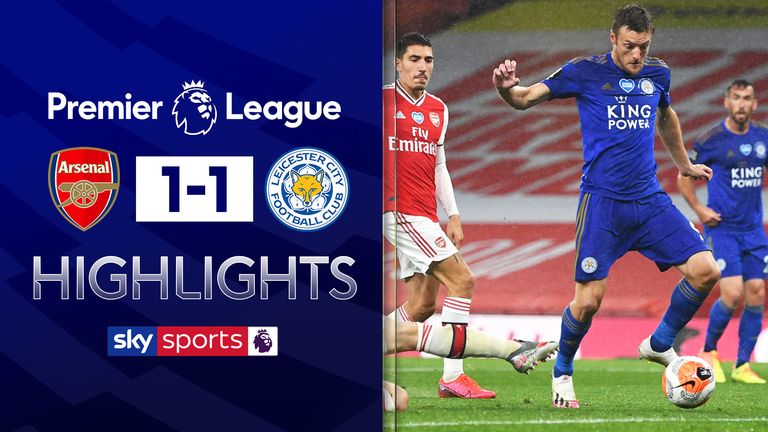 While the 1-1 draw with Leicester was ultimately disappointing for Arsenal, there was more evidence of the progress being made under Mikel Arteta on Tuesday night.

As he pointed out in his post-match interview with Sky Sports, the Gunners should have scored more than once in the first half. In fact, they probably should have been out of sight. Pierre-Emerick Aubameyang and Bukayo Saka ran riot for periods. It was just a shame for them that Alexandre Lacazette could not take his chances.

There were more signs of improvement in midfield, where Dani Ceballos produced what Sky Sports pundit Jamie Redknapp described as a passing “masterclass” in the first half, and there was also evidence that the team is getting to grips with Arteta’s off-the-ball demands. Their pressing was aggressive and it stifled Leicester.

It was perhaps understandable, then, that they started to tire in the closing stages, especially after they were reduced to 10 men, but while the Arsenal of old might have crumbled after Jamie Vardy’s leveller, there was certainly no lack of fight as they battled to hold on for a point.

“You can see the effort, the intensity and the quality that the players are putting in,” said Arteta. “That’s why I’m extremely proud of them.”

Champions League qualification may prove to be beyond them this season, but they do at least appear to be heading in the right direction.
Nick Wright

A point gained or two failed to nab? 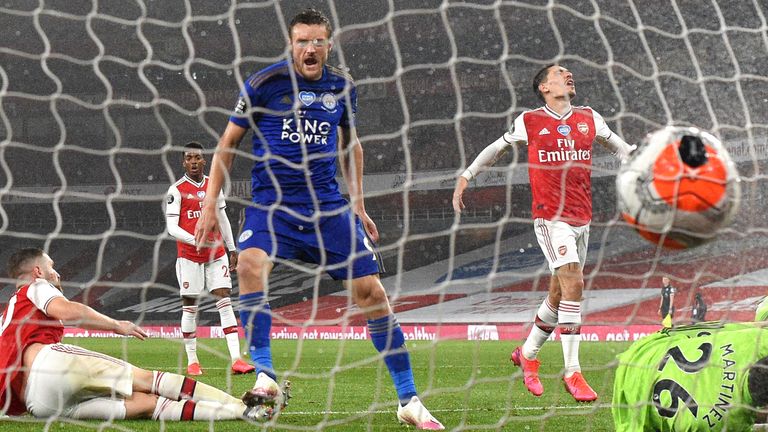 In the context of their first-half mauling, a draw for Leicester at Arsenal was a relief. But in the context of their faltering campaign, and the recent surge of Chelsea and Manchester United, the Foxes’ failure to find a winner in the final minutes against their numerically-disadvantaged opponents may prove more significant.

Since Christmas, Leicester have collected just 19 points. Had the season started on Boxing Day, they would be in the wrong half of the table. What they urgently need if they are not to be overtaken in the quest for Champions League qualification is wins. The trip to Bournemouth on Sunday will be critical at both ends of the table. And also carries the distinct feel of a ‘must win’. Then it is Sheffield United. Tough. Then Tottenham. Tough as well. And then, on the final day of the season, it is Manchester United – the team which, at the time of writing, could be just a point behind Brendan Rodgers by the close of play on Thursday.

Jorginho could yet have vital Chelsea role to play 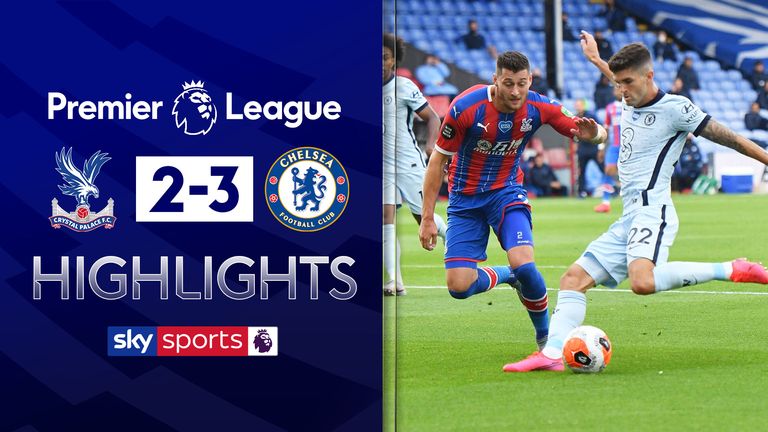 Frank Lampard looked incandescent with rage. His Chelsea side, so easy on the eye going forward, had only just regained some breathing space against a stubborn Crystal Palace side.

Tammy Abraham had fired the Champions League contenders into a 3-1 lead when 82 seconds later, Christian Benteke was afforded the freedom of Selhurst Park to reduce the deficit once more.

Lampard looked to his bench and called for Jorginho. The Italian has been overlooked since the restart, but with the clock showing 80 in this helter-skelter London derby, this was time for an experienced head.

Billy Gilmour had filled in admirably for the injured N’Golo Kante, but Chelsea had been losing control of the midfield battle since the start of the second period.

“I think Frank Lampard will have to change the midfield,” said Sky Sports’ Gary Neville in commentary. “It’s getting overrun. It’s a bit lightweight.”

A repeat of the defeat a week ago at West Ham could well have unravelled in those final 10 minutes, but Jorginho wrestled back the initiative for the visitors, completing 26 of his 29 passes and winning both his duels.

Lampard had hailed the midfielder’s professionalism in the lead up to this nervy win, and his cameo suggests he could still make a vital contribution in the run-in.
Ben Grounds 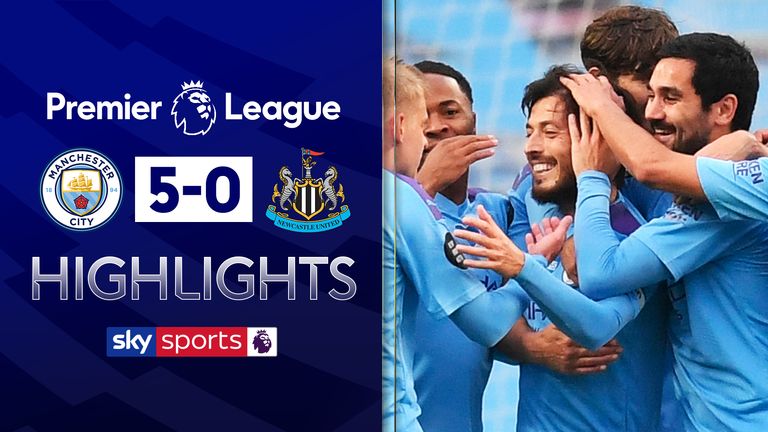 Many things have changed at Manchester City in David Silva’s 10-year spell but he has remained the magnificent constant and will go down in history as arguably their greatest-ever player.

Those that needed reminding of his brilliance were given a dollop of it in the laughably one-sided 5-0 win over Newcastle. Silva bagged two assists, taking his tally for the club to 121, and curled home a fantastic free-kick. Amazingly, this was the first time he had scored and assisted in a Premier League game since January 2016.

The midfield maestro has already revealed that this season will be his last with City, which will bring the curtain down on an extraordinary period of domestic domination. Qatar side Al-Duhail have reportedly offered him a lucrative deal but there has been no official communication on the matter.

With him still influencing games at the very highest level, perhaps he is leaving a year too soon.
Lewis Jones 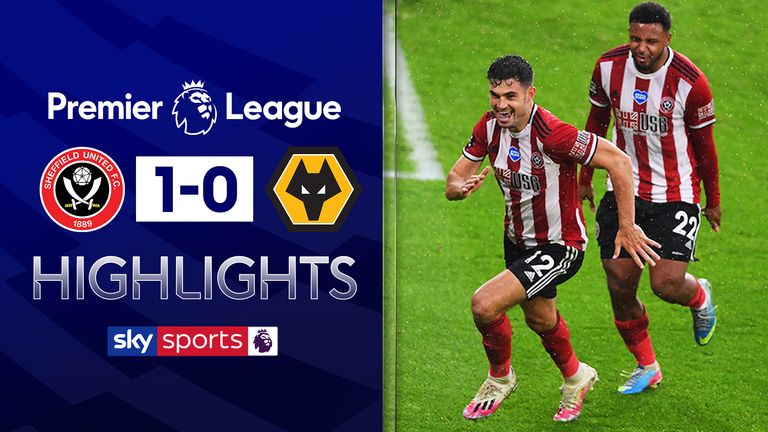 “The players dug really deep and found something from within.”

Chris Wilder’s post-match assessment after Sheffield United’s last-gasp victory over Wolves painted a familiar picture, one which could be applied to any number of battling Blades performances throughout this stellar return to the top-flight.

It really shouldn not come as a surprise anymore, Sheffield United have ripped up the script newly-promoted sides are supposed to follow and punched so consistently above their weight that their once unlikely bid of qualifying for Europe for the first time in the club’s history is now firmly in sight. 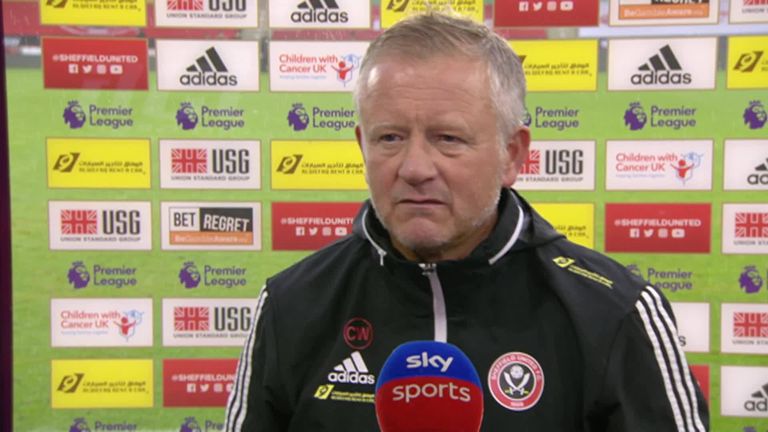 Of course, with Wilder having to keep a lid on expectation, he does not see it that way. “We’ve never felt anything is in our grasp, or in our reach, we shouldn’t be anywhere near the position we are in,” he added. “People should be focusing about us not being in the bottom three.”

He is right, but having swept obstacle after obstacle aside to return to the Premier League after a 12-year absence, and then emphatically defied the odds to preserve their top-flight status, who would bet against Sheffield United turning their wildest dreams into reality?
Jack Wilkinson 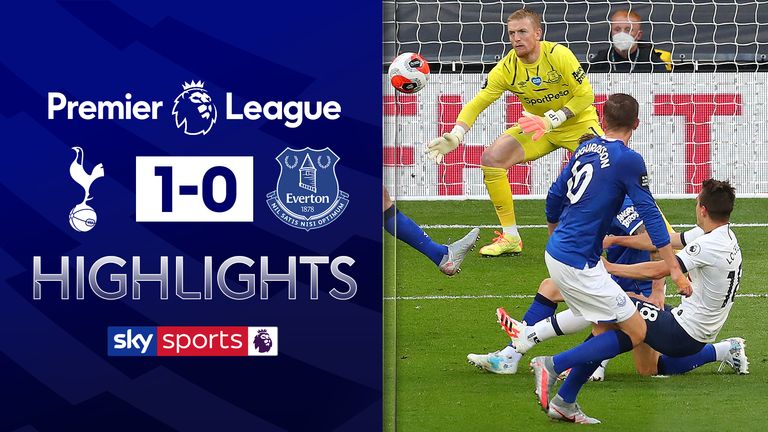 “It’s beautiful,” Jose Mourinho said of the half-time bust-up between Hugo Lloris and Heung-Min Son during Tottenham’s 1-0 win over Everton.

A furious Lloris exchanged angry words with Son, with the pair needing to be separated by Giovani Lo Celso as the captain continued to berate his team-mate for failing to track an Everton run just before the interval.

In what has been a difficult run for Spurs, it is just what Mourinho wanted to see from his players, who bounced back from a 3-1 defeat at Sheffield United to get their bid for European football next season back on track.

“It’s a consequence, probably, of our meetings. If you want to blame somebody for that, it’s me. I was critical of my boys because they are not in my opinion critical enough with themselves, I asked them to demand more from others, I asked them to put their colleagues under the pressure of the team spirit you have to give,” the Tottenham boss said afterwards. 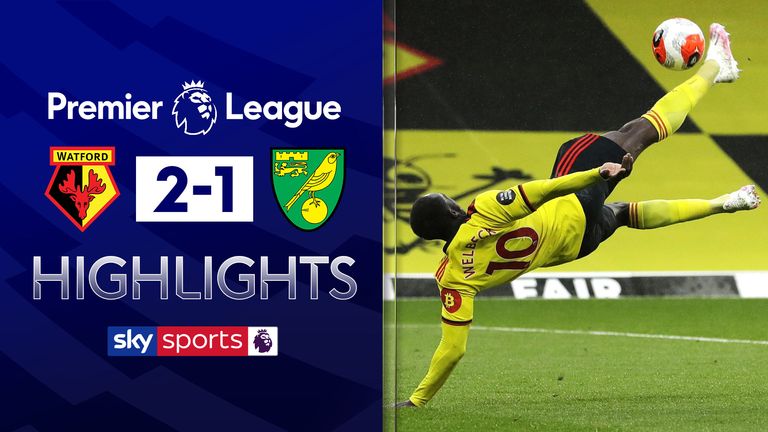 It has been a difficult season for Danny Welbeck, who has struggled with injuries since his move to Watford from Arsenal.

That is nothing new for the former England striker. He has battled back from injuries all through his career, but those battling qualities are exactly what Watford needed, and he delivered against Norwich.