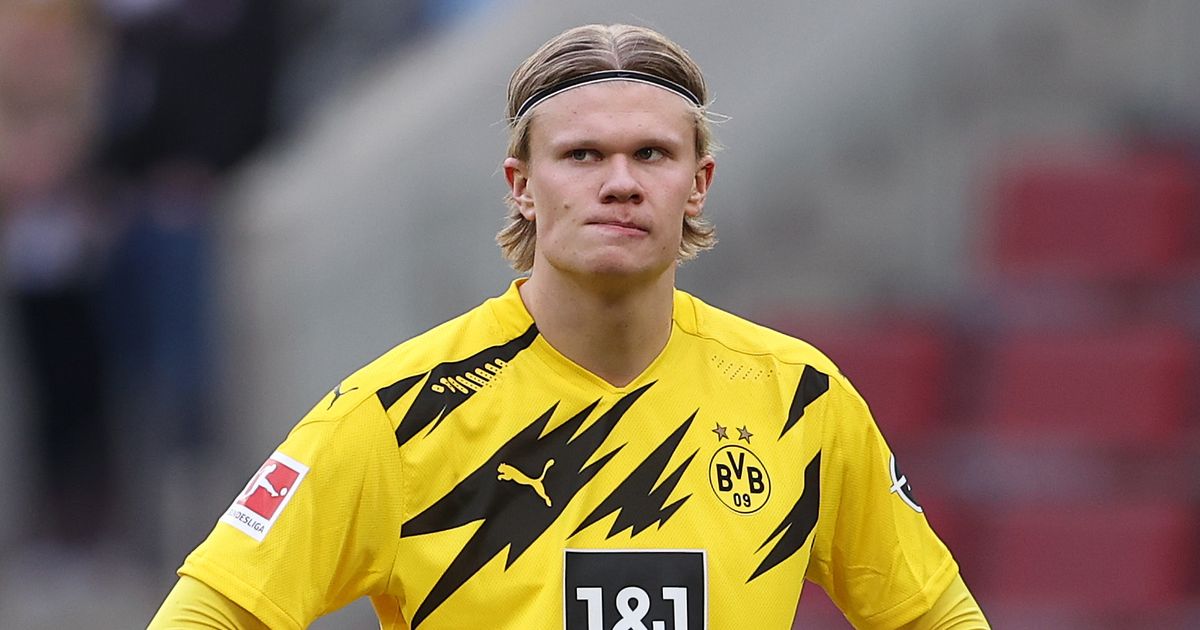 Erling Haaland’s stock continues to rise as speculation continues on the forward’s future.

The Norwegian is now on 124 goals for club Borussia Dortmund and country Norway at the age of 20 years old.

It has seen the youngster get linked with some of the biggest clubs in Europe this summer amid the German side’s financial struggles.

Agent Mino Raiola is not wasting any time, flying out with Haaland’s dad Alf-Inge to meet with Spanish giants Barcelona and Real Madrid.

But Mundo Deportivo have reported that the pair are continuing their tour with a flight to London today.

The Blues can certainly compete with Europe’s big-hitters when it comes to finance.

With the backing of billionaire Roman Abramovich and the poor form of Timo Werner, the London side would be in the market for a new target man.

While his counter-attacking style of play would suit ex-Dortmund boss Thomas Tuchel’s 3-4-3 style.

Such is Chelsea’s desire to sign Haaland that the Russian chief break his rule on not doing business with Raiola again after a falling out of Romelu Lukaku.

And these factors make the Stamford Bridge side a strong competitor for the 20-year-old’s signature.

It was the Red Devils who lost out to Dortmund when Haaland joined from RB Salzburg in January 2020.

Having scored 28 goals in 22 games for the Austrian side, Ole Gunnar Solskjaer was hoping to lure his former Molde forward to Old Trafford.

United can also provide a spot for the 20-year-old at the top of the line, with Edinson Cavani set for a return to South America.

With the club appearing to cool their interest in Haaland’s team-mate Jadon Sancho and sitting second in a secure Champions League spot, they could more of a lure for the forward than expected.

Pep Guardiola’s side have two big factors swinging in their favour – success and money.

With a quadruple still on for the league leaders, City are on the way to becoming the best team in Europe, which makes it nigh-on impossible to say no when they come knocking.

While the continued support of Sheik Mansour puts them in an elite club which can manage Haaland’s “£600,000-a-week” wage demands.

Throw in the departure of club legend Sergio Aguero to open up a place, it seems the stars would be aligning for the Norwegian to join the club his dad spent three years at.

The defending Premier League champions are the only side on this list who have seen Haaland’s ability first-hand, with City set to face Dortmund in the Champions League quarter-finals.

Jurgen Klopp’s side suffered a scare in a 4-3 win over Salzburg last season, with the forward getting the equaliser.

Liverpool had been chasing the Norwegian’s PSG counterpart Kylian Mbappe – but his rise in price could see them switch.

While the boss may still have connections to Dortmund and Mohamed Salah’s future could open up a gap, their slight glimmer of hope comes from Haaland’s glowing review of Anfield in 2019.