Portland Timbers players celebrate prematurely after their MLS Western Conference semi-final against Seattle Sounders… only to discover tie is going to penalty shootout after finishing 4-4 on aggregate!

Portland Timbers started celebrating at the end of their MLS Western Conference semi-final against Seattle Sounders – only to discover the game would be going to penalties.

As the final whistle goes, the white-shirted players can be seen dropping to their knees in delight.

Diego Valeri and Sebastian Blanco can be seen hugging each other, only for defender Zarek Valentin to explain the actual situation. 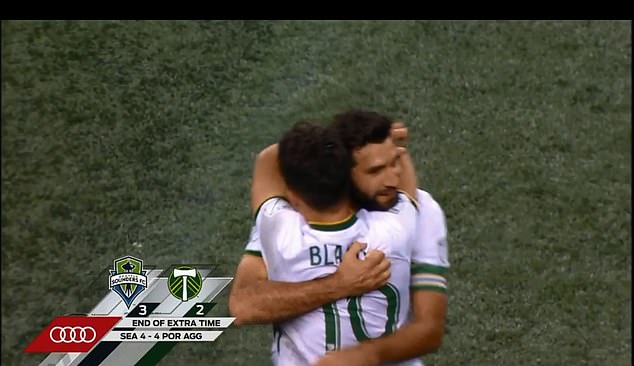 The Timbers had taken a 2-1 lead into the away leg of their semi-final, but fell behind to a second-half goal from Seattle’s Raul Ruidiaz, before Sebastian Blanco equalised on the night.

Yet Ruidiaz popped up in the 93rd minute to send the game into extra-time, where Dairon Asprilla again put Portland ahead only for Nociloas Lodeiro to equalise again with a penalty.

When the final whistle went after 120 minutes, the visitors assumed the away goals rule was still in effect and they had won – only to learn otherwise as they celebrated.

Fortunately for Portland, they were able to triumph on spot kicks to set up a Western Conference final against either Sporting Kansas City or Real Salt Lake on November 25. 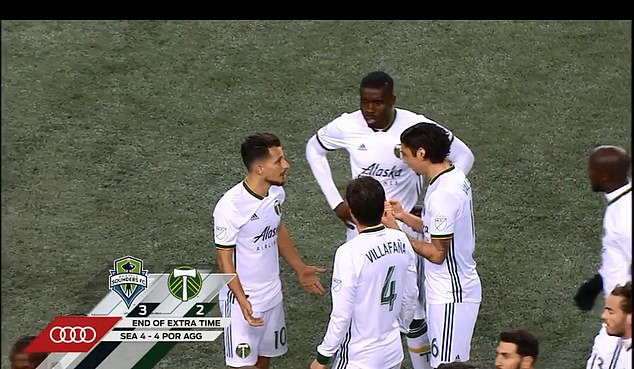 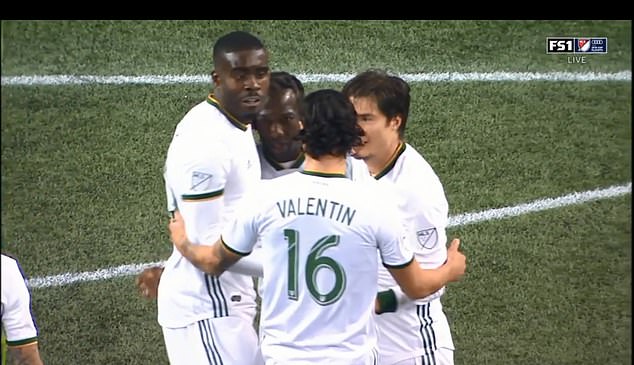 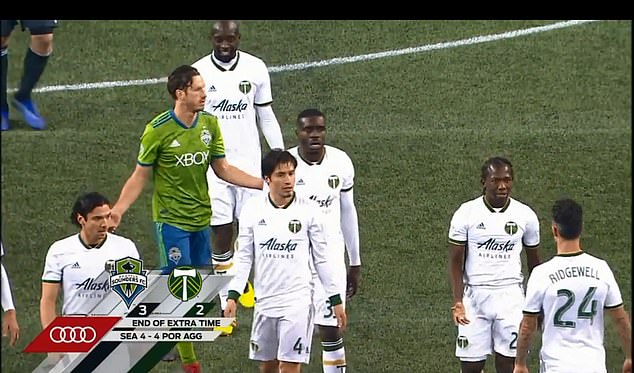