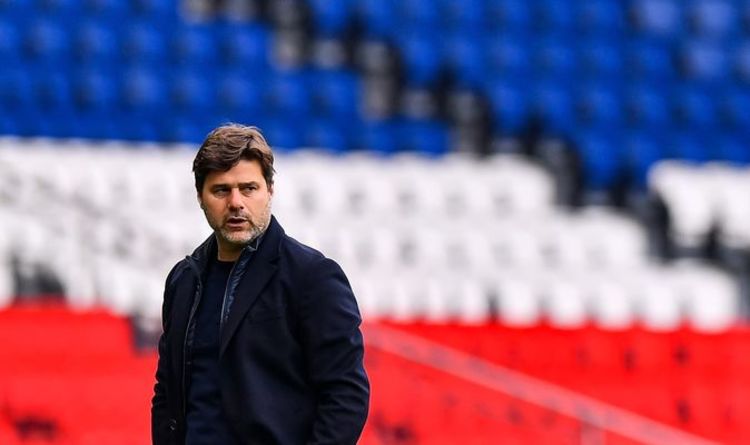 Mauricio Pochettino’s potential return to Tottenham Hotspur may be in doubt as PSG begin to stamp their authority on the future of their manager. Pochettino joined the Ligue 1 side in January, winning the Coupe de France and Trophee des Champions but missing out on the league title.

The French side also failed to win the Champions League after being knocked out in the semi-finals of the competition by Manchester City.

There have been reports in recent weeks that Pochettino is already unhappy at the club, resulting in the 49-year-old being linked with the vacant Spurs role.

The future of Kylian Mbappe has become a cause for concern, with the prolific forward out of contract next summer.

JUST IN: Antonio Conte has already given view on Tottenham and Harry Kane 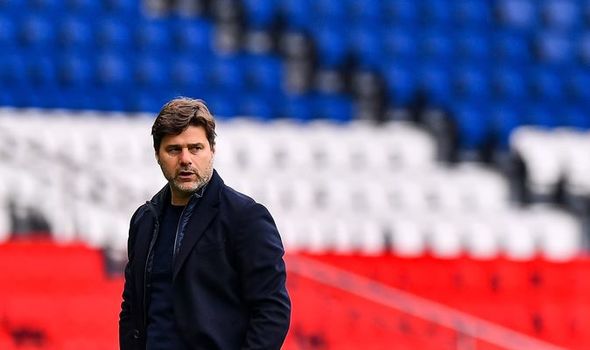 According to Spanish publication AS, Madrid approached the PSG boss about the role before appointing their former coach – only to be told securing the services of Pochettino was not possible.

PSG have stepped up their efforts to keep their manager at the helm by triggering a 12-month extension in Pochettino’s contract at the club. This decision means that he is now tied down until June 2023 in the French capital.

This news will not be what Tottenham fans would have hoped to hear as they geared up for the possibility of a reunion with their former coach.

Pochettino was loved by Spurs supporters during his five-year stay in north London and many would be open to him returning, at what is a difficult time for the club.

His possible arrival at Tottenham to succeed Jose Mourinho has been viewed as one way to persuade star striker Harry Kane to remain at the club, given the strong relationship the pair formed when working alongside each other.

But PSG appear to be keen on Pochettino staying put as the Parisians aim for improvement next campaign.

One name now being discussed as a likely candidate for the Tottenham job is former Chelsea manager Antonio Conte.

Despite guiding Inter Milan to the Serie A title this season, the Italian has walked away from Serie A after a brief but successful spell in the division.

Spurs owner Daniel Levy is believed to have opened talks with the 51-year-old, who has typically spent two years or less at each team he has managed throughout the course of his career.