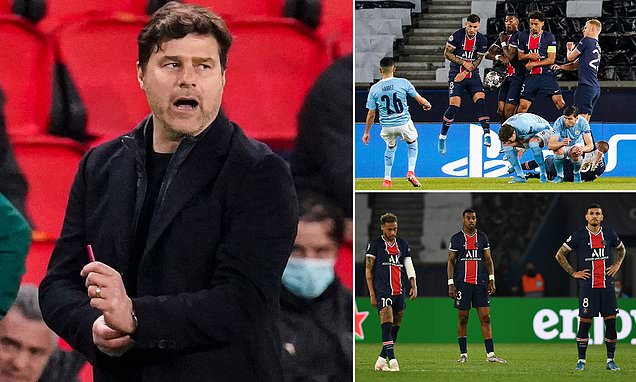 Mauricio Pochettino admits his Paris Saint-Germain side were ‘very disappointed’ with the mistakes which handed Manchester City two away goals in their win at the Parc des Princes.

Having taken the lead through Marquinhos’ header, the Ligue 1 side conceded twice to trail at the halfway point in the Champions League semi-final ahead of next week’s second leg in Manchester.

Kevin De Bruyne’s floated cross found the corner of Keylor Navas’ net after the defenders failed to deal with it, before Riyad Mahrez’s free-kick went through Presnel Kimpembe and Leandro Paredes in the wall for City’s second. 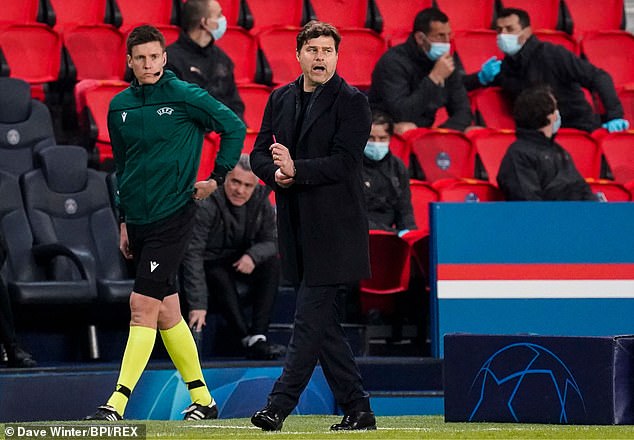 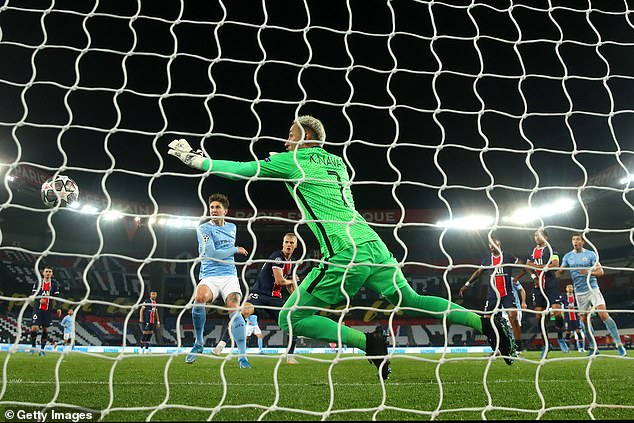 And speaking after the game to BT Sport, former Tottenham boss Pochettino admitted the errors were ‘really painful’ and ‘difficult to accept’ in a game of such magnitude.

‘[It was] two accidents for the two goals,’ the Argentine said.

The mistakes came after a first half which the French champions dominated, but Pochettino admitted they struggled with the physical demands of keeping Pep Guardiola’s side at bay in the second half. 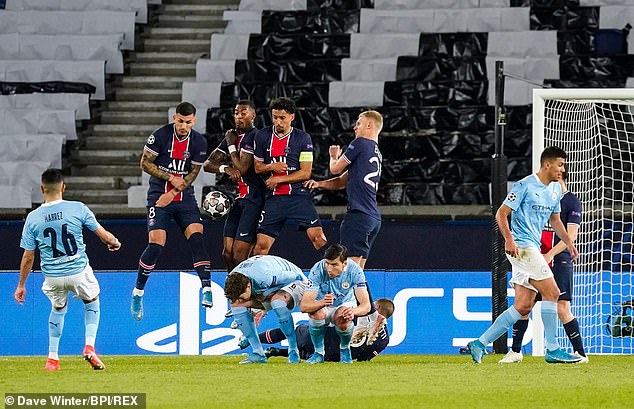 ‘It is difficult for them to explain why we were better in the first half, but they were more consistent in second half,’ he added.

‘I think it was difficult for us to cope with the demand and the physical condition.

‘They were a little bit more aggressive, and it was difficult for us to recover the ball, sometimes it was a lot of possession for Manchester City, and of course it made it difficult to play.

‘We didn’t show the energy you need when you recover the ball to keep possession and try to force them go deep.’ 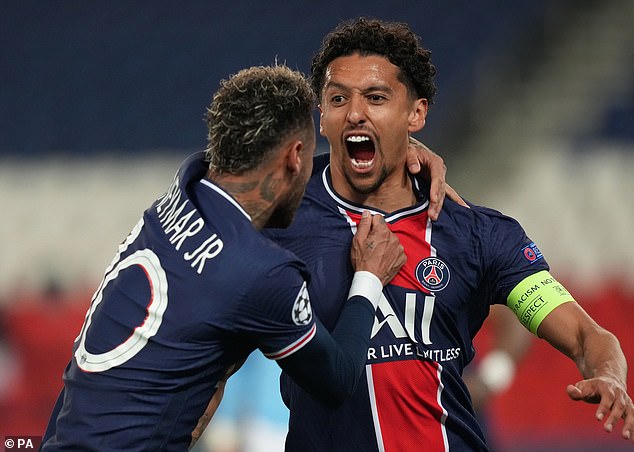 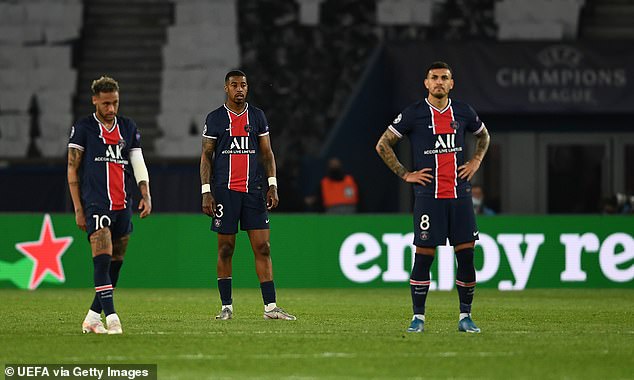 Pochettino’s night was made worse with 13 minutes remaining when Idrissa Gueye was sent off for a horrible challenge on the back of Ilkay Gundogan’s Achilles tendon.

Opta state it was the first time since Alvaro Arbeloa in 2012-2013 that a player had received a second red card in the same Champions League campaign after the former Everton midfielder’s sending off against RB Leipzig in the group stages.

PSG tried to argue on the field De Bruyne should have met the same fate eight minutes later after he stepped on the top of substitute Danilo Pereira’s foot, but Pochettino had no complaints about either decision.

Asked if the sending off showed PSG’s building frustration, Pochettino added: ‘No, it was an action like De Bruyne, it can be yellow, it can be red.

‘I am not going to complain about that, only maybe that it was an action… you cannot stick this action with the game. It was an individual action.’ 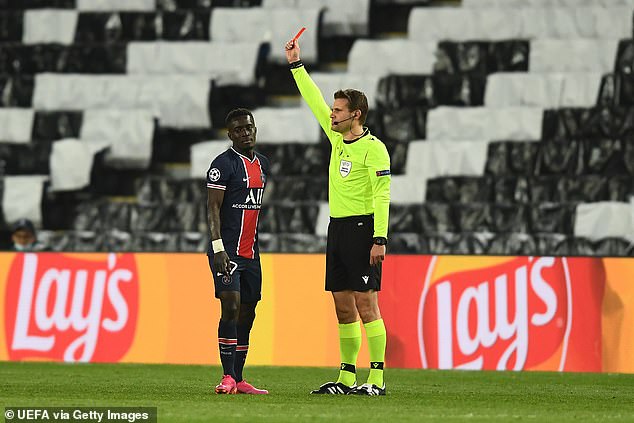 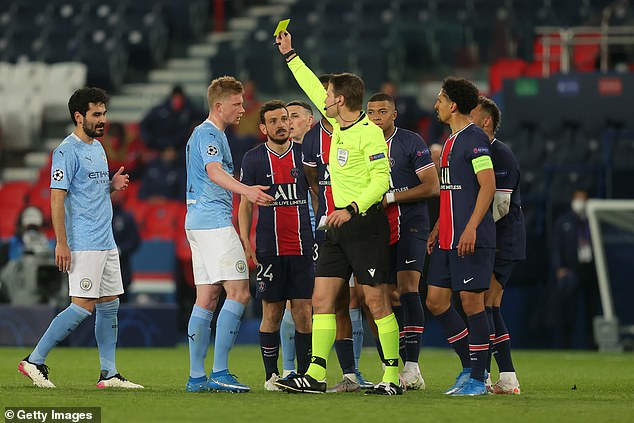 PSG players believed De Bruyne should have met the same fate, but Pochettino had no complaints