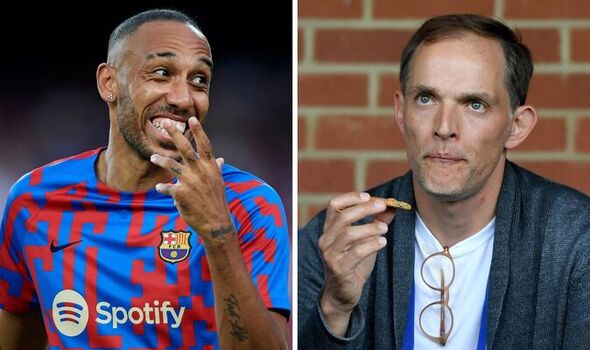 Pierre-Emerick Aubamyang wants to join Chelsea over Manchester United due to the fact there is Champions League football on offer at Stamford Bridge, according to reports. The Blues are now said to have made their opening proposal for the frontman as Thomas Tuchel targets a reunion with his former Borussia Dortmund striker in west London.

Aubameyang only joined Barcelona in January when his Arsenal contract was mutually terminated on transfer deadline day.

Yet the signing of Robert Lewandowski has hindered his prospects of playing regularly – even though Xavi is still very much a fan of Aubameyang.

Lewandowski started up top in the 0-0 draw with Rayo Vallecano on the opening day of 2022/23 La Liga campaign.

Now Aubameyang could look to pursue a swift return to the Premier League, where he is wanted by both Chelsea and Manchester United. 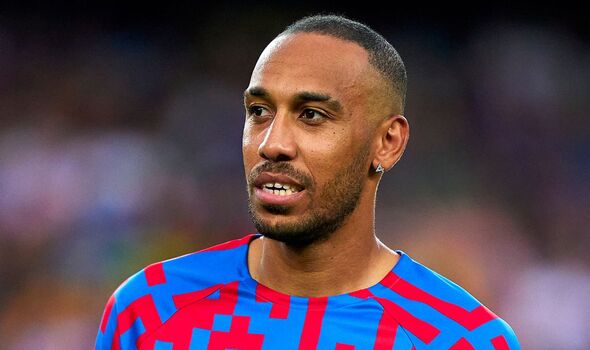 According to Barca insider Gerard Romero, Chelsea have now submitted an opening offer believed to be worth around £23m (€27m).

Barcelona are reportedly looking for around £25m – meaning the bid is likely to fall under serious consideration.

Fabrizio Romano is also adamant Aubameyang only wants to join Chelsea, tweeting: “No negotiations between Pierre-Emerick Aubameyang and Man United as things stand. It was ruled out days ago, Pierre is focused on Chelsea bid as he wants UCL football. New direct contacts on Thursday to discuss personal terms conditions.”

A sale would help the Catalan giants in their pursuit of financial security after a whirlwind summer that has caused numerous problems behind the scenes.

He also scored up to 70 goals during his time playing under Tuchel in Germany with Dortmund.

Despite a fractured relationship with Mikel Arteta, Aubameyang never had any problems with Tuchel during their time working together.

Chelsea boss Tuchel has already publicly made his admiration for the player clear ahead of a potential transfer deal.

“This is totally separate from anything that is happening now, but I enjoyed a lot working with Auba while I was at Dortmund,” said Tuchel.

“Some players stay your players because you were very, very close. And Auba is one of those players.

“There was always straight away this close bond. They always stay your players in a way.”

He also clarified he never encounter problems with Aubameyang’s temperament, adding: “I experienced no issues with him, but this has nothing to do with the situation in Arsenal, about which I will also not comment out of respect. In Dortmund there was never an issue.”