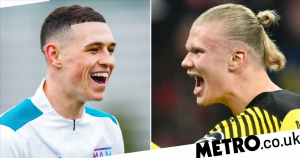 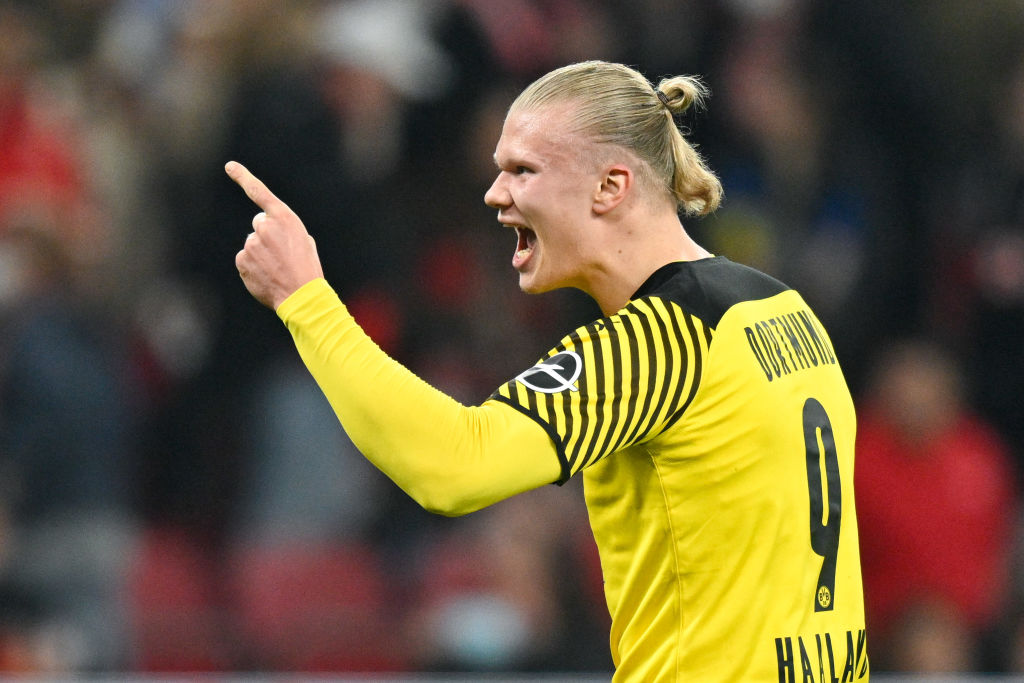 Manchester City star Phil Foden has described new teammate Erling Haaland as one of the best strikers in the world.

Haaland’s summer transfer to City was confirmed earlier this week, after the Citizens triggered Borussia Dortmund’s £63million release clause and agreed personal terms with the player.

The 21-year-old was one of the most sought-after players in football, with City beating the likes of Manchester United, Chelsea, Real Madrid and Barcelona to his signature.

Pep Guardiola and many City players have already expressed their delight at the news, and Foden has now added his praise.

‘Obviously it’s a great addition to the team, he’s one of the best finishers in world football at the moment,’ the 21-year-old attacking midfielder told Sky Sports.

‘I actually played against him for England against Norway in the youth team and that was the first time I came in contact with him.

‘It’s going to be great for us next season and hopefully he can help us.

‘It’s such a big signing for the club. We’ve been playing without a striker this year and we’ve still done very well but we’re still trying to focus on this season.’

The lack of a recognised striker hasn’t hindered City’s performance this season, with Foden’s side very likely to lift the Premier League title, their fourth in five years.

But it will be their only trophy, after the side were beaten by Liverpool in the FA Cup semi-finals and missed out on the much-coveted Champions League again after a late capitulation to Real Madrid last week.

But with goal machine Haaland now in their squad, there is hope that the man who has scored a staggering 85 goals in 88 games for Dortmund, can fire the Citizens to European glory.

City defender Aymeric Laporte was among the first to welcome the Norwegian to the Etihad, tweeting: ‘Happy not to be running after this guy for the next couple of years! Welcome Erling!’