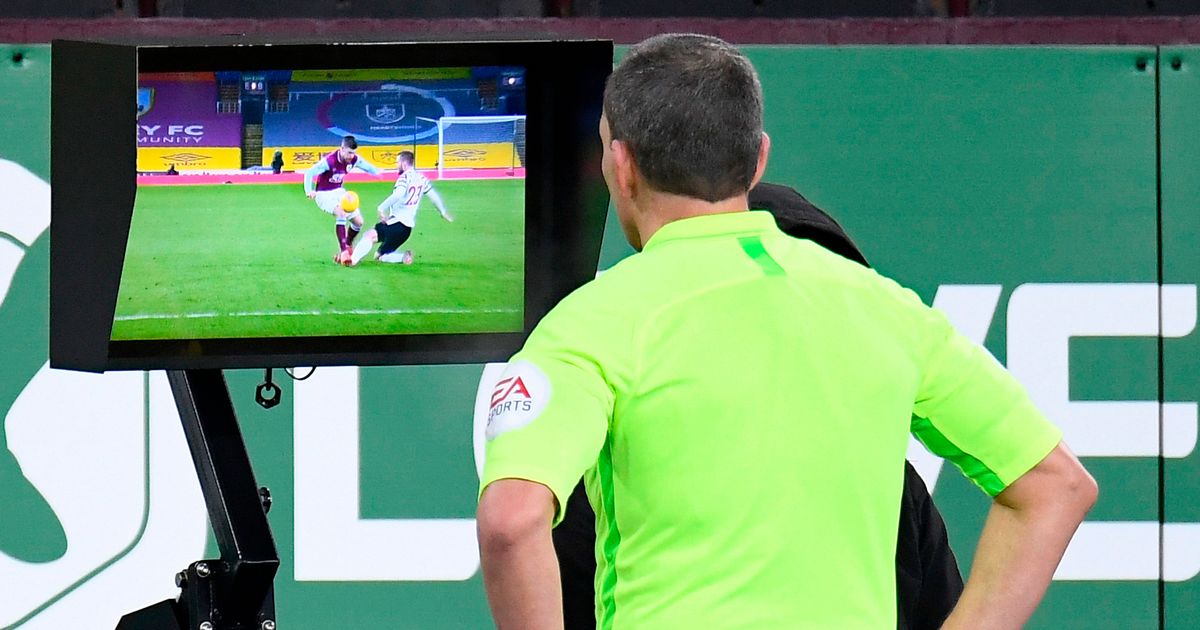 The Professional Game Match Officials Board have issued a statement after the controversial double incident during Manchester United’s clash at Burnley.

There was a moment during the first half of the game at Turf Moor in which VAR was called on to check two infringements at once.

In a crazy passage of play, VAR was called on to check if Burnley’s Robbie Brady should be sent off for bringing down Edinson Cavani in a clear goalscoring opportunity, with the Irishman issued a yellow card.

However, the check ended with Luke Shaw being cautioned for a rash challenge on Johann Gudmundsson just a few seconds before, which was also checked by the video referee.

Shaw was perhaps lucky to escape with just a booking and a free-kick to Burnley, though the United players were unhappy with the outcome of the check.

The PGMOL have explained their decision for the outcome of the check and the steps that referee Kevin Friend took.

A statement read: “In the 27th minute of Burnley vs. Manchester United, Robbie Brady was shown a yellow card for a foul on Edinson Cavani.

“On the recommendation of the VAR, referee Kevin Friend went to the Referee Review Area (RRA) to check for a possible red card for Brady for a denial of a goalscoring opportunity offence and a possible foul by Luke Shaw that was in the same attacking phase of play.

“When the referee was at the screen, he was first shown the challenge by Shaw on Johann Berg Gudmundson.

"He determined that this was a foul and was part of the phase of play that led to the challenge by Brady.

“The restart was a Burnley free-kick, with Brady’s yellow card rescinded, and a yellow card issued to Shaw.”

United went on to win the match 1-0 thanks to a volley from Paul Pogba, taking them top of the Premier League.