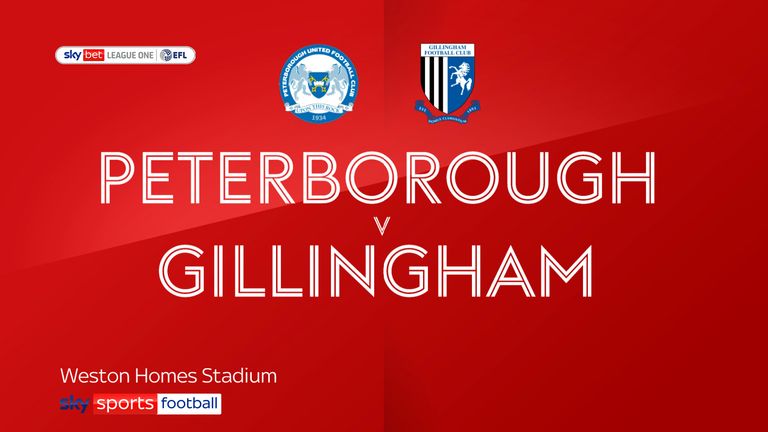 Peterborough suffered a potentially costly setback in their pursuit of automatic promotion with a 1-0 home defeat at the hands of Gillingham.

Darren Ferguson’s men, who possess the best home record in League One, slipped up on their own turf for only the third time this season.

Connor Ogilvie did the damage with a fierce shot from the edge of the box in the 15th minute after John Akinde guided the ball into his path.

That strike was enough to secure three points for the Gills to keep them into outside contention for a play-off spot and ensure a happy return for former Posh boss Steve Evans.

High-scoring Peterborough failed to register a single shot on target in a niggly first half, but they were only millimetres away from a spectacular leveller early in the second period when Sammie Szmodics smashed a 30-yard volley against the bar.

That was the closest Posh came, though, with League One leading scorer Jonson Clarke-Harris blazing over before substitute Ethan Hamilton fired an excellent chance wide in stoppage time.