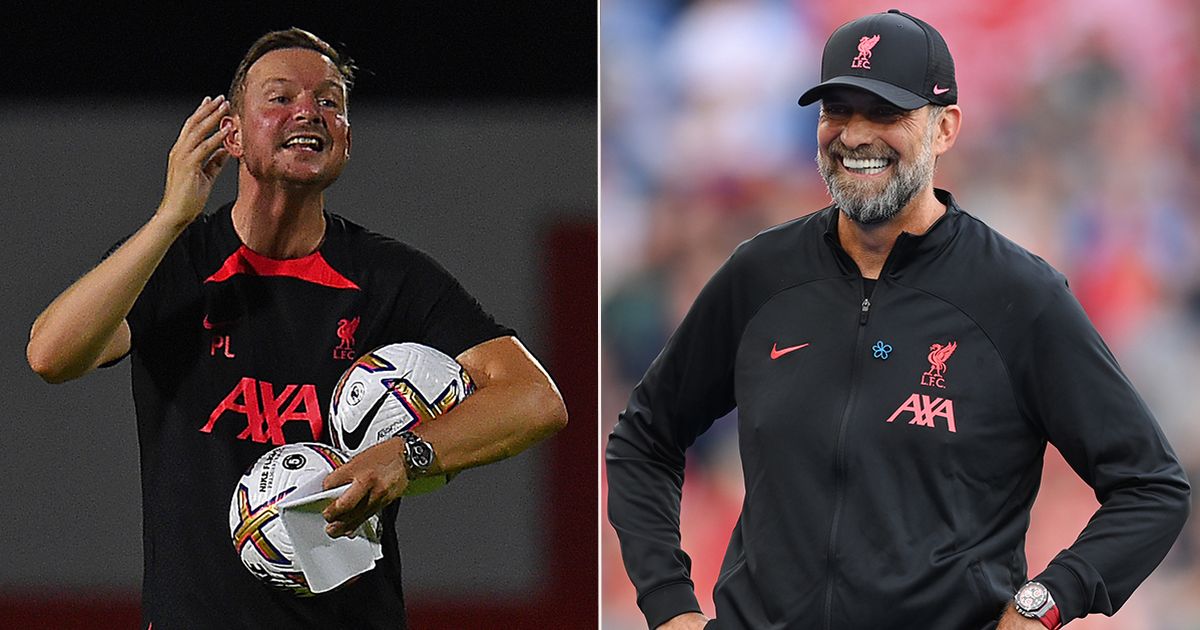 Pep Lijnders is not a name synonymous with every football fan but Liverpool would not be where they are now without his help.

The Dutchman has worked at Anfield as the assistant coach to Brendan Rodgers since 2014 – briefly managing NEC in 2018 before returning – and has had a massive impact. So much so that Jurgen Klopp has kept the 39-year-old around despite a number of changes to his staff.

However, there was a moment where Lijnders might have feared for his position shortly after the German's arrival in 2015. Speaking to Liverpool's website, he said: "I was reminded of the first time I felt that Jurgen really respected me.

"It was when he came with a letter to my desk, about six years ago – probably two months after he’d arrived. He asked me to read it because he didn’t understand it, so I started reading and I told him it was from a coach who said he wanted to work with him, to help him on the pitch and assist.

"'So basically he wants your job?' the boss said. 'Basically, yes.' He took the letter, tore it apart, threw it in the bin in front of me and turned around and walked away without saying anything."

Will Liverpool win the Premier League this season? Comment below

Lijnders and Klopp have worked ever since and it has led to some great successes, including the Champions League victory in 2019, the Premier League trophy in 2020 and last season where Liverpool won the FA Cup and the Carabao Cup.

He added: "Of course, he understood the letter. He didn’t need to do that. But that was the moment I knew we would work together for a long time and I would help him with all I’ve got to become the most successful manager he could be at Liverpool Football Club.

"I think you can see online, I did an interview just after this, explaining Jurgen’s philosophy through my own eyes at the club. I had this idea before this moment, but it was a feeling he created that hasn’t gone away even to this day: trust."