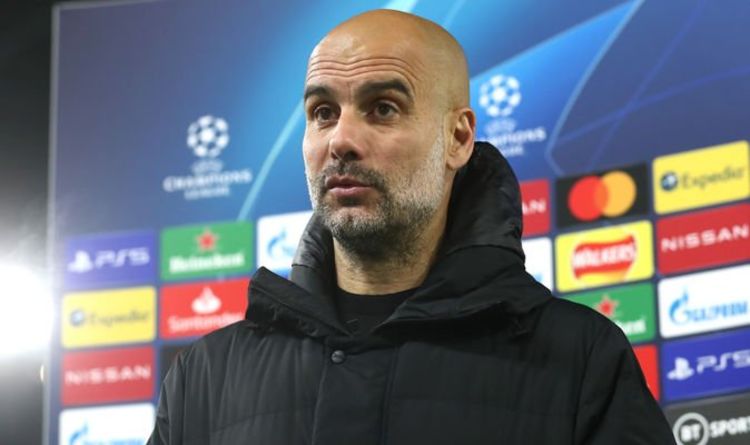 Manchester City manager Pep Guardiola aimed an ever-so-subtle jab at rivals Manchester United while discussing the fine margins of the Champions League, suggesting they only won it back in 2009 because of John Terry’s slip.

Guardiola, regarded by many as the best manager in the game since United legend Sir Alex Ferguson, reached his first Champions League in a decade as City beat Paris Saint-Germain 2-0 on Tuesday night.

Riyad Mahrez’s Etihad brace, on top of a 2-1 semi-final first-leg win in Paris, was more than enough as an excellent City booked their flight to Istanbul on May 29, where they will face Chelsea or Real Madrid in the final.

City have fallen short in Europe in recent seasons having been beaten at the quarter-final stage by Liverpool, Tottenham and Lyon in the past three seasons.

But they are now well placed for an historic treble with the League Cup winners three points from winning the Premier League and 90 minutes from a first ever European Cup success.

And basking in the glory of his side’s win, as Guardiola looks for his first Champions League triumph away from Barcelona and the third of his career, Guardiola took the chance to take a slight dig at United. 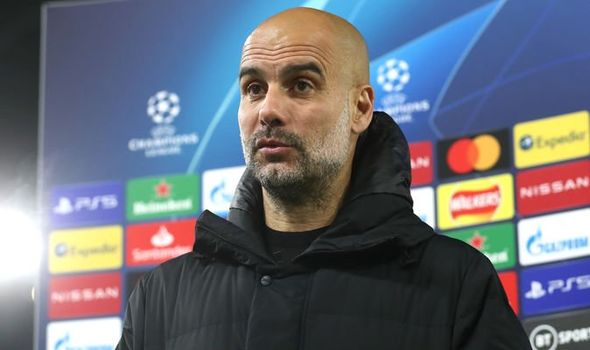 Speaking to BT Sport post-match, Guardiola said: “Getting to the final now makes sense of what we have done in the past four or five years. Every day these guys have been consistent and this is remarkable.

“We scored a goal through the hips in the first game, and today Marquinhos hit the bar in the first half – you can be out for little details.

“United won a title because of John Terry’s slip and in the last minute against Bayern Munich and Real won a title against Atletico in the 93rd minute.

“It’s a competition that is so difficult and something in the stars is involved in that.”

City came into the game with a one-goal advantage thanks to a 2-1 win in Paris the week before, and led 3-1 on aggregate after just 11 minutes of the first leg.

Mahrez, having scored the free-kick that gave City their victory in the previous meeting, fired low through Keylor Navas after an attack launched by goalkeeper Ederson.

And the Algerian international scored his third goal in two games against the Parisians with a brilliant counter-attack that saw Phil Foden set Mahrez up to fire high beyond Navas from close range.

PSG were reduced to 10 men just as they were in the first leg with Angel Di Maria sent off as the visitors lost their cool, but City were not phased and maintain their dominance.

Foden was denied a goal his display would have deserved by the post and then Navas but nonetheless City booked a first European final in 51 years.

City must now wait to watch whether it is Premier League rivals Chelsea, who beat them in the FA Cup semi-finals to deny them the chance of a quadruple, or 13-time European champions Real Madrid whom they face in Turkey later this month.

And Guardiola added that he was “proud” of his players, while goalscorer Mahrez said as the BT Sport cameras cut away: “Ah finally!”

BT pundit Rio Ferdinand, one of the members of United’s 2009 Champions League-winning side, meanwhile lauded of the brilliant Foden: “It’s about execution at the final stage and he’s got that in the bag.

“He’s shown tonight that he can produce on this level and be consistent with his end product.

“That’s why he’s playing in this team and that’s why at the moment, I would say Phil Foden is the best young player, on form, in the world right now. On form, I think he is, whether he’s the best player outright.

“[Kylian] Mbappe didn’t play today and [Erling] Haaland is yet to play at this level. I’m not saying Foden is the best player, but at this moment right now, he’s the most in form.”