Pep Guardiola was at his city-centre apartment with his son, Marius, when his phone rang.

It was his wife, Cristina, who had taken the couple’s daughters Valentina and Maria to an Ariana Grande concert around half a mile away at the Manchester Arena.

‘The line broke,’ he explains. ‘She told me, “Something happened and we are running but I don’t know what”, and the line broke.’ Guardiola and his son made their way to the venue, where a suicide bomber had struck, and for several, agonising minutes, were in the dark. 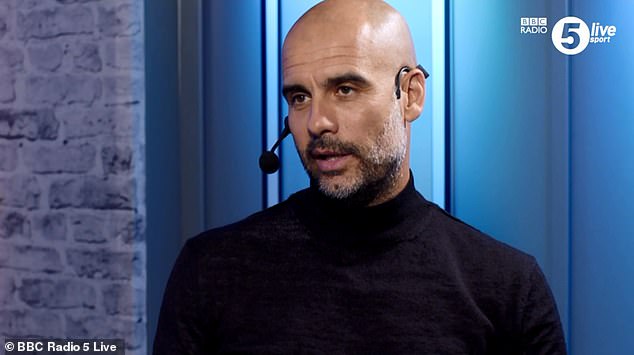 ‘We went to the arena and after five or six minutes she rang again and said, “We are out, we’re coming back home”. At the end we were lucky. Many people suffered, and we were lucky. Life is like this. We were in a better position than many unfortunate ones.’

The story is one of a number of revealing insights uncovered in an hour-long interview with Radio 5 Live in which the Manchester City boss selects his eight favourite songs.

One of those is Oasis’s Don’t Look Back in Anger, the unofficial anthem adopted by Manchester after the terror attack, in which 22 innocent fans of the US singer perished.

‘I love this song, you cannot imagine how much,’ Guardiola says. ‘It is incredible. It puts me in the best of myself when I listen — it’s a masterpiece. I like that, after what happened in Manchester at the arena, now it is a song for the people, you know?’ 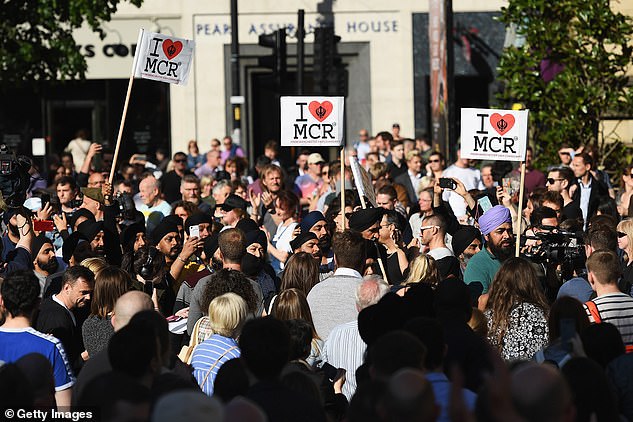 The 47-year-old, who appears to be a big fan of Frank Sinatra after choosing two of Ol’ Blue Eyes tracks, reveals that he now sees himself as a ‘Mancunian for the rest of my life’ — so much so that he could not manage another club in England.

But he adds that he is treated with respect by United fans when spotted around town. ‘It’s nice,’ he says. ‘The rivalry is necessary. There’s a respect. It’s not a problem.’

From United supporters to their legendary former manager. Guardiola lifts the lid on his 2012 dinner during his New York sabbatical with Sir Alex Ferguson and voices his respect for the Glaswegian, who is recovering from a brain haemorrhage. ‘When I saw him in Old Trafford again with the crowd clapping he deserves it,’ says Guardiola. ‘I’m so happy he is back and doing well.’

There is also a glimpse of the City manager’s politics and ethics. One of his choices is Fiesta, a 1970 song by Catalonia’s Joan Manuel Serrat. The lyrics talk of the annual June 23 party, stating: ‘Today the aristocrat and the villain, the famous and the infamous, dance and hold hands without caring what they look like.’ 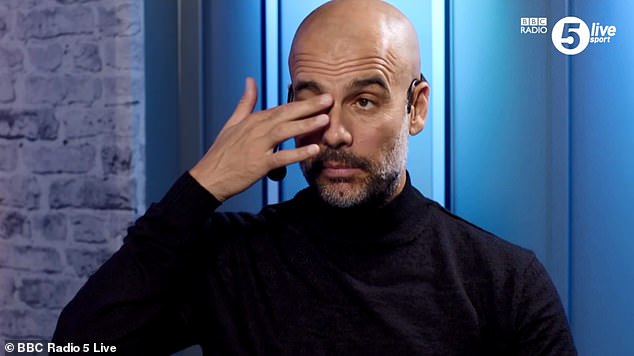 ‘This song always brings me happiness,’ the ex-Barcelona player and manager discloses, before turning his thoughts to the refugee crisis.

‘It’s the world we live in right now. All around the Mediterranean people are dying and the governments in Italy, Spain, it is not allowed for the people to rescue the people who are dying. I don’t know what kind of society we are going to do because it’s not about the law, it’s about humanity.

‘If there are people dying and heroes going in with open arms to rescue them, and the governments don’t let them do that, it’s because we are going really, really bad.’

Guardiola adds that he is not especially religious, but may yet be convinced by City coach Brian Kidd (‘One of the loveliest persons in my life’), who goes to church each weekend. 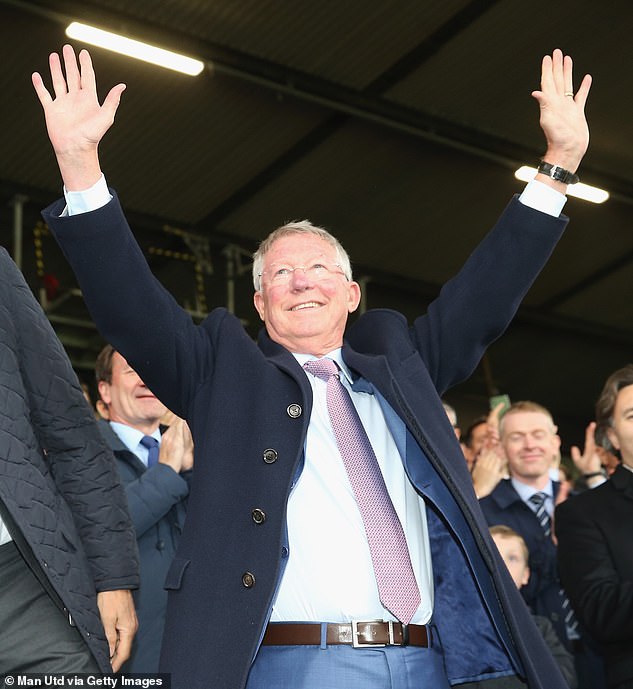 And while old sparring partner Jose Mourinho is not referenced by name, it is hard not to consider how far removed Guardiola is from the Portuguese, none more so when he talks about his relationship with his players.

‘In football the passion is on the field,’ Guardiola tells his interviewer, Spanish journalist Guillem Balague. ‘Sometimes I need to hug them, I don’t need to talk to them. People forget we are human beings. People believe we are like ice, cold, a machine. That is far away from who we really are.’

There is also humour. Guardiola reveals it is the absence of light, rather than the presence of rain, which can get him down in Manchester and also chooses Elton John’s Your Song, in which the former Watford chairman declares that his gift is his song. When asked what his own gift is, Guardiola laughs before responding: ‘I think I’m good at football.’