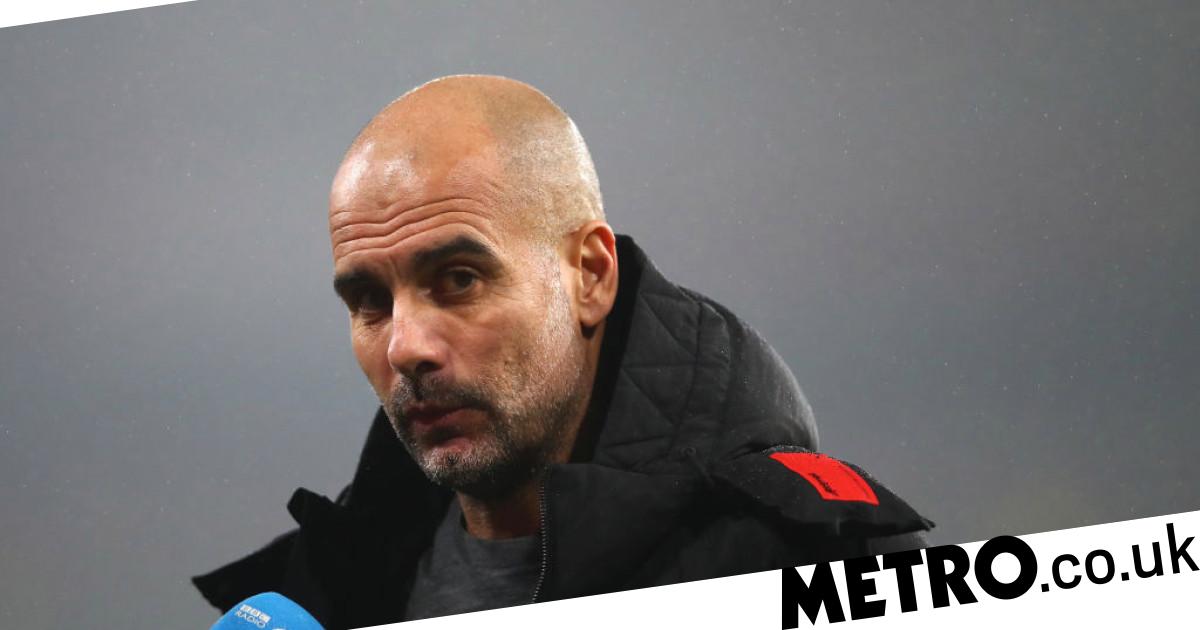 Guardiola’s side were forced to postpone their most recent Premier League clash against Everton after an outbreak of Covid-19 within his squad but they will be back in action at Stamford Bridge on Sunday.

A round of emergency testing on Wednesday showed the club had no new cases, which allowed them to resume training ahead of the crunch Premier League clash.

Kyle Walker and Gabriel Jesus were both in self-isolation over the festive period, along with two other City staff members, while goalkeeper Ederson suggested on Instagram that he was self-isolating on New Year’s Eve.

Guardiola confirmed that three of their players will be missing and suggested it would be clear who they are from the squad he names.

‘The Premier League told us not to [reveal the positive coronavirus test names],’ Guardiola said ahead of their meeting with Chelsea.

‘We have to respect the privacy of the players maybe.

‘Tomorrow you will see the lineups and three important players not there so you will know exactly but I’m not allowed to tell you.’

Explaining the situation of the Everton game, he added: ‘It was four people, two players, the first time and then three more.

‘I don’t think the Premier League allow us to name the players but you will know tomorrow.

‘We had enough players to play against Everton, we wanted to play but on the day of the game with more cases we informed the Premier League and I personally called Carlo Ancelotti to explain the situation because the day before we were in touch about what would happen and the huge risk.

‘People are dying all around the world. Unfortunately the problem is still here but now the training centre is disinfected and hopefully the next tests everyone is negative and the people that are positive can come back without problems.’