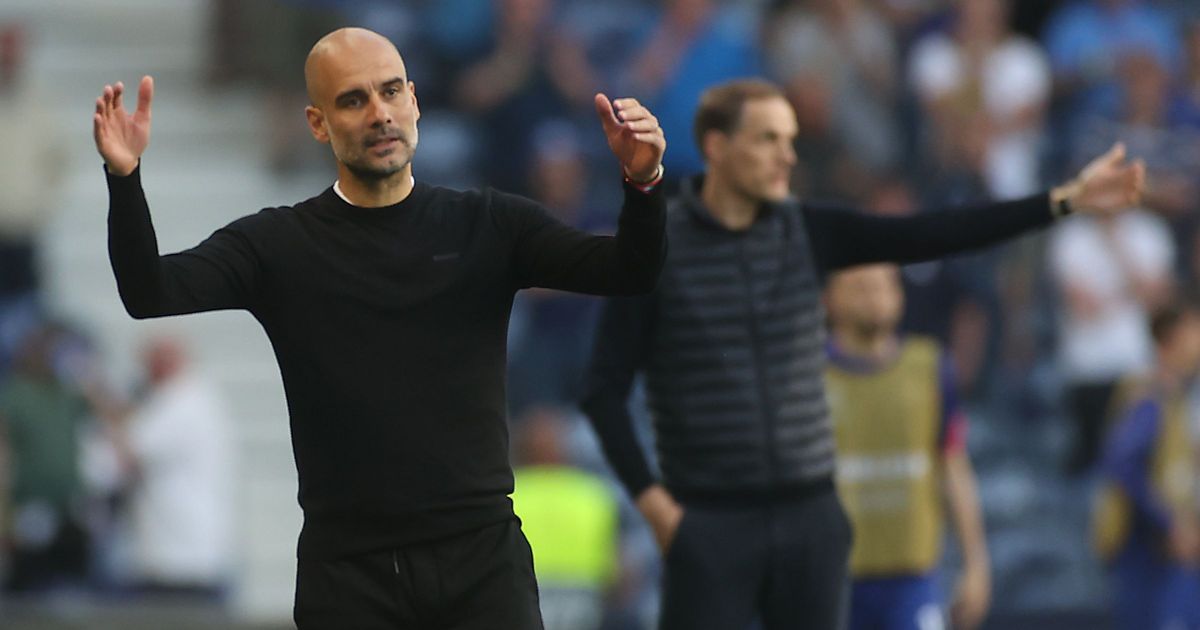 This should have been Pep Guardiola's Holy Grail – but it turned into his holy fail.

Having waited 13 long years to reach the Champions League final, it wasn't even unlucky for Manchester City owner Sheikh Mansour.

No wonder the billionaire chose not to go to Porto to watch the biggest game in his club's history.

But if he is looking for someone to blame from back in Abu Dhabi, he need look no further than the manager he appointed in the first place to make City the kings of Europe.

But it now feels like not even some divine intervention will lead him and his team to the one prize that continues to elude them.

This competition has become Guardiola's nemesis.

For all his domestic success, he has now gone a decade without winning it and as he scrambles around looking for the itch to scratch, he will find it festering in his head.

Having outplayed Paris Saint Germain in the semis, Guardiola decided to change his selection for the big one and went into this titanic showdown with Chelsea without a specialist holding midfielder in a line-up he had never ever names before.

Captain Fernandinho was on the bench alongside Rodri and the task fell to Ilkay Gundogan, who failed it miserably.

With out-of-form Raheem Sterling recalled alongside Kevin De Bruyne, Riyad Mahrez and Bernardo Silva, Guardiola's plan was to blow the Blues out of the water.

But City sunk without trace after being exposed by Thomas Tuchel's men, who carved them wide open for the winning goal from Kai Havertz.

With the exception of Kyle Walker and Phil Foden, the Blues were stronger, faster and hungrier than their opponents.

Less than 100 City fans remained in the Estadio do Dragao to see their players complete the walk of shame off the pitch – and it wasn't the smoke from the fireworks causing their eyes to water either.

Oleksandr Zinchenko was inconsolable, while Walker stood alone with his thoughts, struggling to comprehend the outcome.

Kevin De Bruyne, meanwhile, had long since disappeared down the tunnel with a shiner and concussion following a collision with Antonio Rudiger.

What could go wrong, did go wrong for the man who thinks he's always the smartest in the room, but wasn't even the smartest boss in the stadium after being outwitted by Tuchel for the third time in seven weeks.

It felt fitting songs from Madness blared out as the winners celebrated – because Guardiola's team selection smacked of insanity.

But the inquest in the Etihad corridors of power won't happen. The criticism will be just noise to chairman Khaldoon Al-Mubarak, because Guardiola remains untouchable.

This will hurt like hell for Guardiola, who said: "We are sad and we have to learn from this. But our season was exceptional. We showed courage, especially in the second half with the commitment they had. They did everything and I want to congratulate them on their season."

City have been exceptional in the Premier League, but Europe has ultimately found Guardiola wanting again and now the long, long wait continues.

When it will end no-one knows, because even Guardiola still can't come up with the answers.