Manuel Pellegrini has challenged his West Ham players to prove they are capable of breaking into the Premier League’s top six by beating Manchester United on Sunday.

The Hammers have impressed so far this term, winning two of their five matches with just one defeat coming against Manchester City.

They are on level points with United and victory over Ole Gunnar Solskjaer’s side at the London Stadium would give Pellegrini a better indication as to where his side rank. 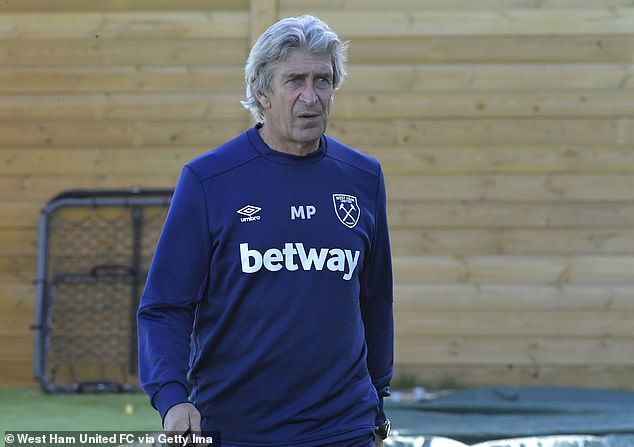 The 66-year-old said: ‘If you must play against the six big teams here in England at your stadium and you demonstrate that you are better than them at this moment, of course it will be a lot of trust for our players. We hope we do a complete game.’

Now in his second season as manager, Pellegrini feels his side are better equipped this year but that will count for nothing if their form drops off.

‘At this moment when you have played just five games and you have eight points, you have the same points as Arsenal, as Manchester United, Tottenham, Chelsea so we are demonstrating that,’ Pellegrini said. 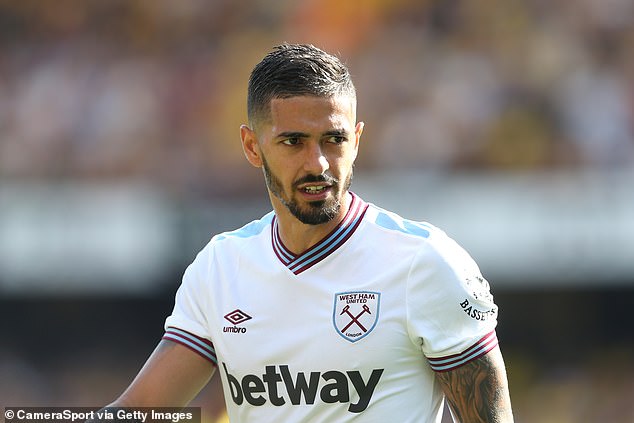 ‘That’s why I don’t think we must not start any future game thinking that “oh we beat Manchester United last season [3-1 at home], now we are in a good moment”, we must demonstrate again because football changes in two or three days.’

The Hammers will be without left back Arthur Masuaku after he was sent off on Monday night in the 0-0 draw at Aston Villa, while Manuel Lanzini will have a fitness test on Saturday to determine whether he will start ahead of Pablo Fornals.