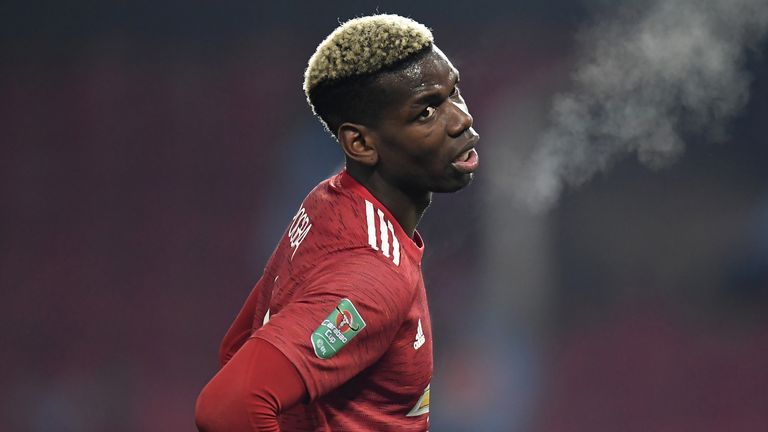 Having fallen in the final four of last season’s Carabao Cup, FA Cup and Europa League, the Norwegian again stumbled at the semi-final stage against Manchester City on Wednesday.

John Stones and Fernandinho sealed a 2-0 win for Pep Guardiola’s side to extend Solskjaer’s wait for a first trophy in the United hotseat.

“Of course (it is disappointing) because it’s not the first one as well against City at home,” Pogba said, having also bowed out of the competition to Pep Guardiola’s men last season.

“We are disappointed with the result, obviously, with the two goals from set-pieces. And after you know it can go both ways. We lost today and it’s not the first one, like I said.

Asked if there is just one piece missing having lost four successive semi-finals, Pogba said: “Exactly and it’s details.

“Details make the difference all the time and when it’s big games like this, details, set-piece and we lost on this.

“We have to get through this as well. Then after this there is big games coming up so after tonight we go again.”

Pogba underlined the need to focus on the small things if they are to succeed, with the FA Cup and Europa League still open to United as well as a first Premier League title since 2013.

“You know, we’re improving,” he said. “It was both ways (against City), 50/50. The team only hit the post I’d say, otherwise the chances weren’t really clear.

“Last year obviously they were more dominant (in the Carabao Cup semi-final at Old Trafford), they dominate us and today that wasn’t the case, so obviously we’re improving.

“We’re improving, we’re improving in the league and, even if we lost in the semi-final, we’re still going far in it and that’s what we want.

“But now it’s, like I said, details. It’s good to improve but you have to go to the next step now. All of us.

“Today we know we lost and there’s no time to be disappointed for a week because we know where we are.

“We’re in a good position now and it’s difficult, it’s going to be difficult, and you learn from those games.

“It’s going to hopefully help us to get through, to get better and to have a positive result in the next games.”

Manchester United must start turning progress into tangible success to alleviate pressure on Ole Gunnar Solskjaer after falling short in their quest of winning the Carabao Cup at the hands of their nearest rivals Manchester City, according to Gary Neville.

United suffered a fourth consecutive semi-final defeat in the space of 12 months, but Solskjaer refused to believe his players are suffering from a psychological issue when it comes to overcoming the penultimate hurdle.

Neville conceded that over the course of the 90 minutes, City deservedly reached their fourth successive League Cup final while sending out an ominous message to their Premier League rivals.

But the Sky Sports pundit says Solskjaer must end the club’s wait for silverware at the earliest opportunity, with the Europa League success in 2017 the last time United lifted a trophy.

Neville told Sky Sports: “I said before tonight that I felt there was more expectation on this game for me as a Man United fan than there will be a week on Sunday against Liverpool at Anfield. No one this season expected Man United to challenge for the league title, but I think there was a feeling: win a trophy.