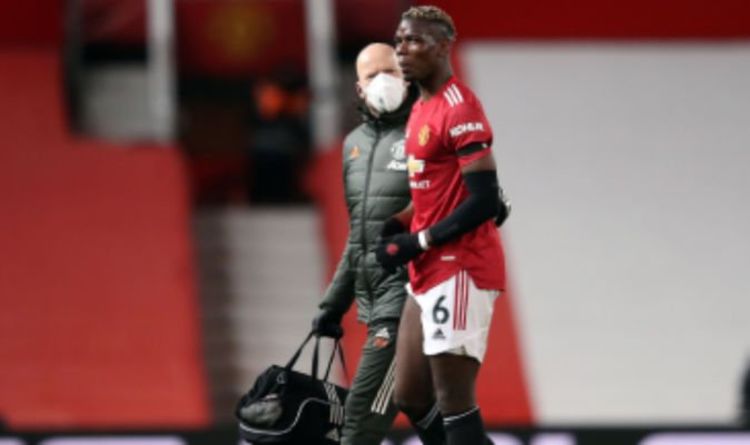 Manchester United midfielder Paul Pogba sustained an injury during his side’s Premier League clash with Everton. Edinson Cavani had put the hosts ahead to give Ole Gunnar Solskjaer a dream start.

The Red Devils were dealt a blow six minute before half-time when Pogba hit the deck.

The Frenchman appeared to feel something in his groin and after being checked over by the physio he was taken off and headed straight down the tunnel. Brazilian Fred came on for the 27-year-old.

Pogba was an unused substitute during the 9-0 thrashing of Southampton in midweek.

And Solskjaer explained why he brought the World Cup winner back into the fold to take on the Toffees.

“Paul has been excellent the last couple of months, he had his well-earned rest against Southampton and now he’s ready to go again,” he said. 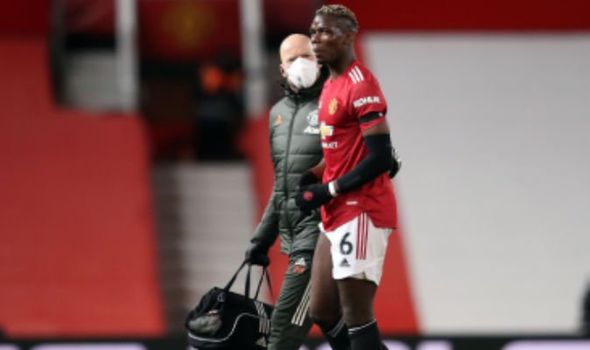 Pogba’s withdrawal did not stop the home side’s flow as Bruno Fernandes scored a stunning second just before the break.

Meanwhile, Pogba is constantly linked with a move away from Old Trafford with Real Madrid and Juventus touted as possible destinations.

“Speculation about Paul is always going to be there,” Solskjaer said this week.

“We’ve got a good open dialogue with Paul, so what we talk about and how we see that situation remains between us of course. 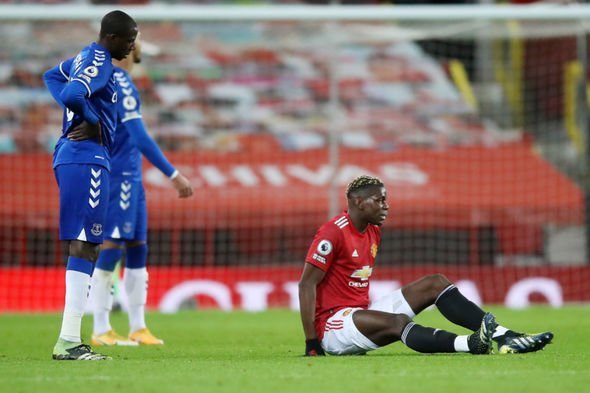 “I’m just happy he’s focused, he’s playing really well and he’s happy in himself and that’s important. You can see Paul now enjoying playing football with a red shirt on.”

Pogba’s contract expires next year and he could be available for a cut-price fee this summer.

There could be pressure on United to sell up or risk losing their star for free.

“I think you should ask Paul what he’s done because the answer is Paul has really knuckled down,” Solskjaer added. 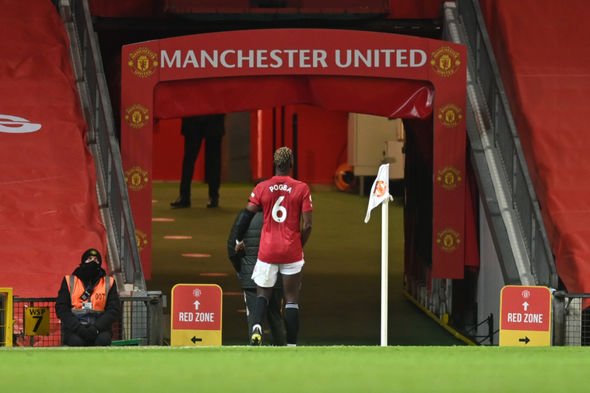 “He’s worked hard, he’s got his fitness. I have said this many a time, he had a bad season last season with injuries, he had Covid this season, he had an injury but he really works hard and he’s playing in a team that plays well.

“He’s a big inspiration for everyone. He always has a big smile… well, not always a big smile because in training yesterday when his team lost you can see how that affects him and he wasn’t happy. But today it was a new day and he’s ready to go again tomorrow.”