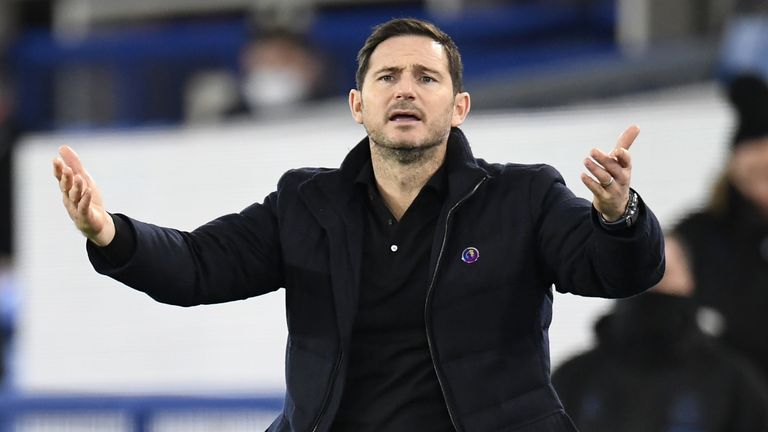 Paul Merson believes Frank Lampard should be given time at Chelsea, because the bizarre nature of the season means they are still in the title race.

Lampard’s Chelsea go to Fulham on Saturday Night Football, live on Sky Sports Premier League, having won just one of their last six Premier League games, leaving them outside of the top six.

However, given the crowded nature of the Premier League season, Merson believes Chelsea are only a handful of victories away from being back in contention for the title, and feels the Blues must have a plan that includes giving Lampard time.

Having spent £226m in the summer, Lampard has an embarrassment of riches in his forward line, and Merson believes he is still “playing bingo” when it comes to selection, and that a more experienced manager may have put faith in a consistent starting XI by now.

In his latest column, Merson also insists Thiago is the key to Liverpool winning the title this season, and is puzzled by Sam Allardyce’s appointment at West Bromwich Albion.

‘Give Frank time… Chelsea could easily be back in race’

If Chelsea don’t beat Fulham, should they sack Frank Lampard? It depends what Chelsea want this year. It’s alright saying: ‘Let’s get rid of Frank’ but who comes in? Do they go back in for Rafa Benitez? If you’re going to bring in Andriy Shevchenko, what’s the difference? It’s the same as Lampard, he hasn’t managed world-class players, and will need time.

It’s not like you can bring in a Carlo Ancelotti for a quick fix. Sooner or later, there has to be a plan at Chelsea. You can’t spend £200m and think you’re going to win the league, it doesn’t work like that.

Lampard did a great job last year, and it’s the first time he has worked with world-class players. Give him a chance.

A plan is to be realistic about where they expect to come this season: I would have probably said the plan was to stay in the top four – because they already made the top four not spending £200m last season – and probably be in the title race.

Chelsea have all the advantage on Saturday now because of Fulham having to play midweek. It isn’t kind to Fulham really because their team may have been different in the FA Cup against QPR.

But the way the season is going, if you can win three games on the trot, you’re back in the title race. Teams are losing games and dropping points left, right and centre. If you put a run of five wins together, you’re probably top of the league. That wasn’t the case last year.

It’s a massive football match, and it’s a big local derby. But Chelsea expect to beat Fulham, and should beat Fulham because they have better players. I expect them to win this game.

If this was Chelsea’s points tally last season or the season before, I’d say Chelsea are in trouble. But not this season. They’re still in it, big time.

Manchester United have come from nowhere, chipping away, and all of a sudden they can spread eagle the field if they beat Liverpool. They’ve just had that bit of luck, starting in November against West Brom, who had a stonewall penalty.

That’s why I still don’t think Chelsea are out of it. Whoever you are, put five wins together and you’re in it. 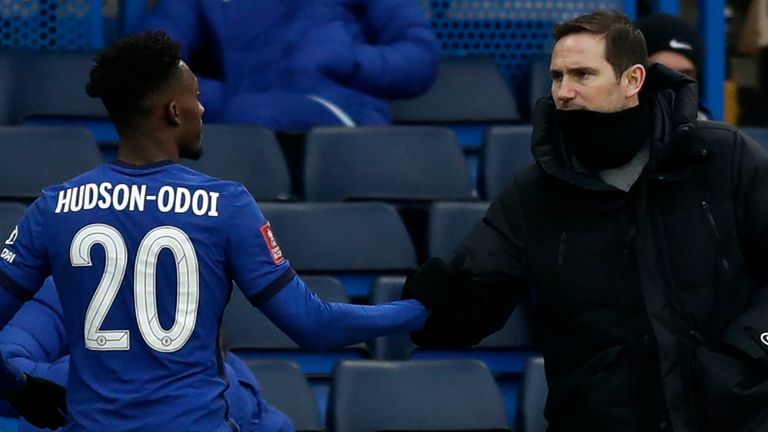 I still don’t think Lampard knows his best team – he has his back five, then N’Golo Kante and Mason Mount, and then it’s bingo. Put the names in the hat and whoever you draw out, any one of them can seemingly do a job, because they are top drawer players, but it’s about getting that balance right.

He has got too many players, and he has got to get that balance right because he doesn’t know his best team yet.

When you’re a new manager – and he is a new manager, let’s be honest – you think about what your best team is, but when that ‘best team’ gets beat, you want to change four players for the next week. I think with experience, you give your team a chance, give them time like you want time. But does Frank know he has got time? Chelsea need to build and get this right.

These players are not Frank Lampard. I’ve watched him play enough times, he’d go to the very end and run through a brick wall for you. I can’t remember seeing him play a game, leave the pitch and thinking: ‘He could have given a bit more.’

He needs to remember that these players are not him. When they were getting ripped to shreds by Man City, you could see the frustration on his face, because he’s thinking: ‘I wouldn’t allow this, show me something!’

‘Thiago must play every game’ 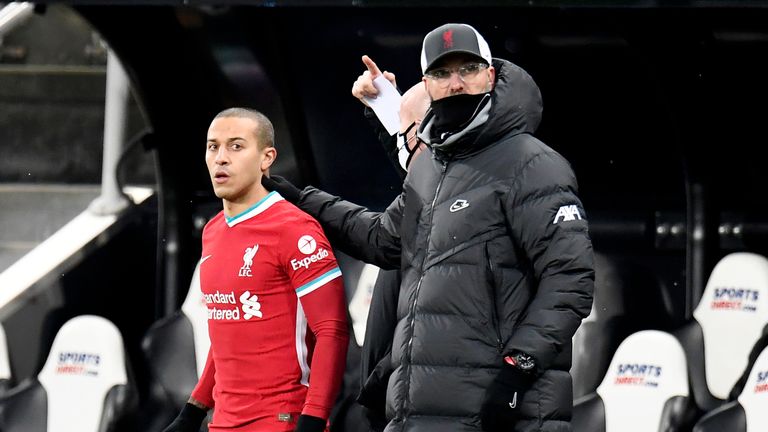 I feel teams are approaching Liverpool now, not giving them any space, and saying: ‘You’ll have to break us down.’ Liverpool are struggling without that guile in midfield. They’ll need Thiago to play every week. He’s the one who sees that pass.

I think Jurgen Klopp knows this now, because he’s even bringing Xherdan Shaqiri in, someone who you’d have previously thought might not play another minute for Liverpool. But he can put the ball through the eye of a needle.

Without that, it takes the Sadio Mane, Mo Salah, Roberto Firmino X-factor out of the game. Liverpool are still the best in the world without the ball, but when there’s no space there, it gets taken away.

Thiago must play every week. He can see that pass, and we’ve seen evidence of that in a couple of games. It might not always come off, but he sees it.

What team in the world aren’t going to miss Jordan Henderson and Fabinho in midfield? It’s hard when you’re taking those players out of the midfield.

Liverpool’s midfield have always made everything happen – they are the unsung heroes. Without them, I don’t think anything happens at Liverpool. 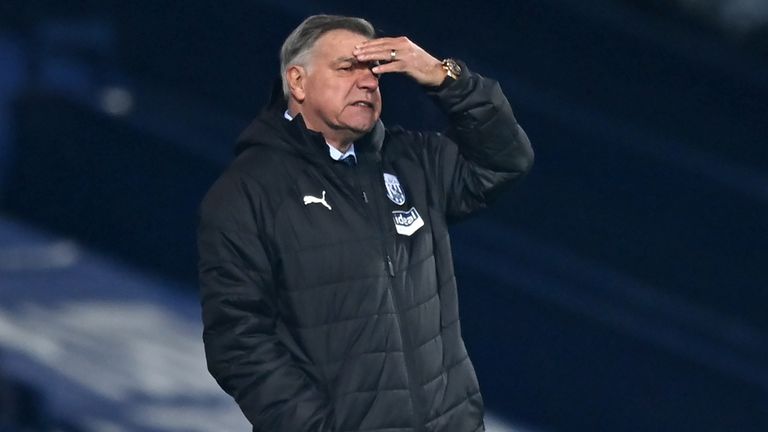 It’s really difficult now for clubs to sign players in January. The teams that need players are at the bottom, and I think they’re going to be stuck with what they’ve got on the whole.

I didn’t see the point in Sam Allardyce going to West Brom. He was brought in for a rescue job, but unless you’re going to bring in six or seven players, there’s not much point. I can’t remember Slaven Bilic getting smashed left right and centre, so it’s an interesting decision.

A few teams need a centre-half, and Steven Caulker is tearing it up in Turkey. Did he lose his way? Of course he did, we all know that, but he has got his life back on track. I think he does a good job at a Premier League team down the bottom, who need to stop conceding goals.

He has gone to Turkey, turned his life around, he has got experience, and I think he comes in and shores up defences. He’s 29 years old. These managers need players now, they don’t need 19-year-olds. You don’t stick kids into struggling football teams, because it doesn’t help. You need to get experience in.

Allardyce’s job was to come in and make these players better, which I felt was going to be difficult. I didn’t see what Bilic was doing wrong. They made Arsenal and Leeds look like the Harlem Globetrotters. That wasn’t happening when Bilic was there.