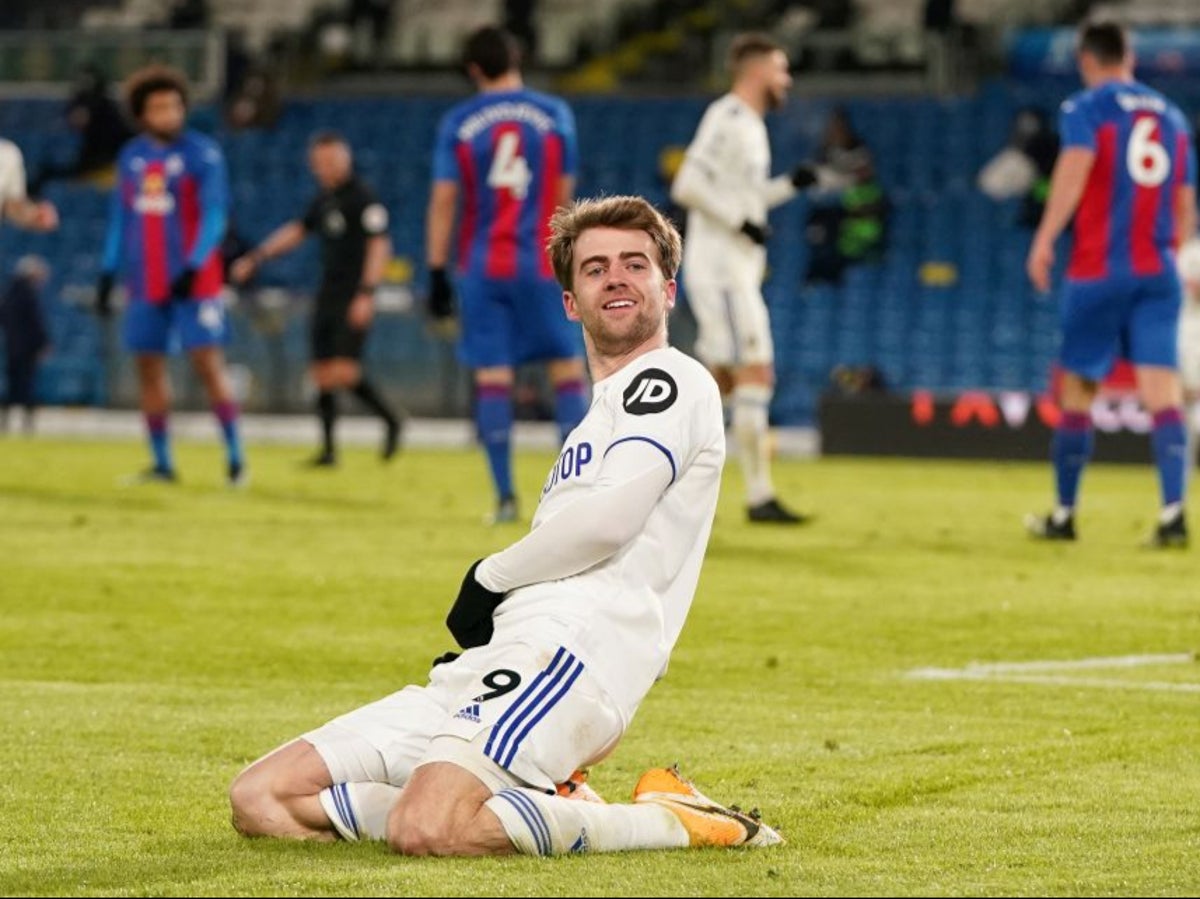 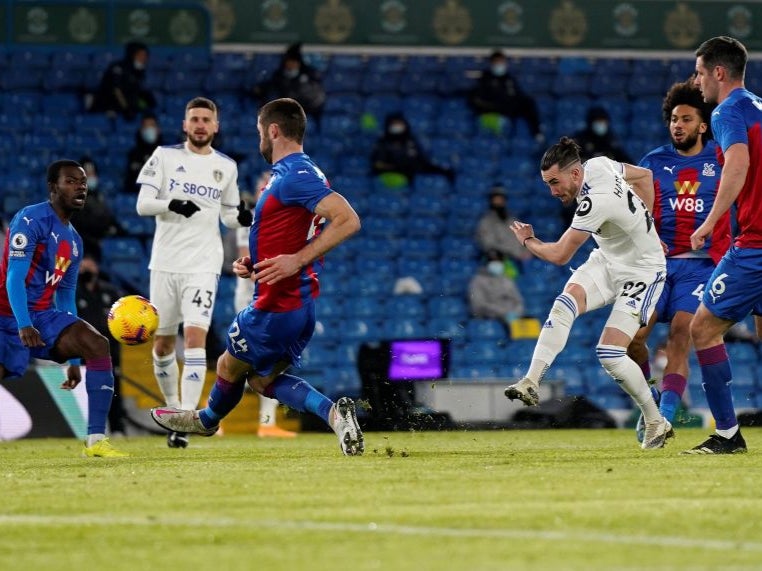 Eberechi Eze’s individual brilliance was too fleeting to halt a Leeds onslaught, while the Londoners lacked a cutting edge in the absence of injured top scorer Wilfried Zaha.

Leeds were quick to punish Palace for allowing them too much space on the edge of the penalty area when Harrison’s well-struck shot deflected off Gary Cahill to give the home side a third-minute lead.

Vicente Guaita was forced into a sprawling low save soon after to turn away Bamford’s excellent header from Ezgjan Alioski’s cross.

Bamford should have extended Leeds’ advantage in the 22nd minute after out-witting the Palace defence on the halfway line.

But after spinning Cahill for a free run on goal, the Leeds striker ballooned his shot tamely off target.

Palace began to pose more of a threat as the first period progressed, with Eze’s individual brilliance keeping Leeds’ rearguard on their toes.

Leeds defender Pascal Struijk headed Raphinha’s free-kick over the crossbar and somehow headed well wide from in front of goal after diving on to Kalvin Phillips’ cross.

Palace’s appeals for a penalty just before half-time when Ayling eased Ayew off Jairo Riedewald’s throughball were waved away by referee Andre Marriner.

Leeds made another fast start to the second period, extending their lead in the 52nd minute.

Raphinha’s thumping shot was well saved by Guaita and Bamford followed up to turn home the rebound from eight yards.

Eze could have hauled Palace back into it in the 67th minute but he blazed substitute Michy Batshuayi’s cutback over the crossbar.

Stuart Dallas’s fizzing low drive then forced a great save from Guaita and Harrison’s angled effort struck the crossbar as Leeds chased a third goal.