Paris Saint-Germain clung on to their hopes of winning a fourth consecutive Ligue 1 title with a 4-0 home win against 10-man Reims as Lille’s lead was cut to a single point with one game remaining on Sunday.

As PSG cruised to a routine victory, Lille, who have 80 points, were held to a goalless draw by mid-table Saint-Etienne and now need a win at Angers in the final round to guarantee them a first title since 2011.

Monaco stayed third on 77 points, one win away from guaranteeing a Champions League spot, as goals by Wissam Ben Yedder and Aleksandr Golovin earned them a 2-1 home victory against Stade Rennais. 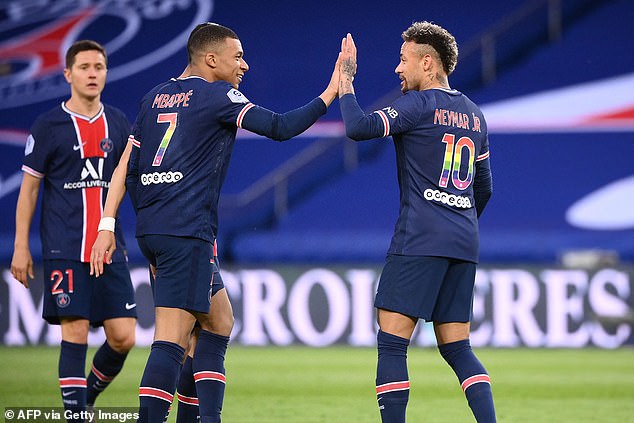 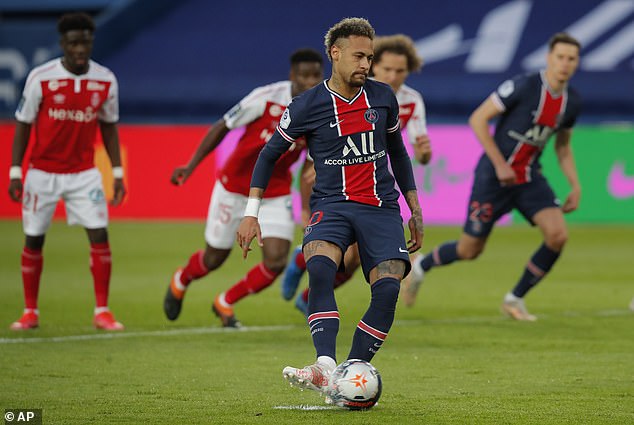 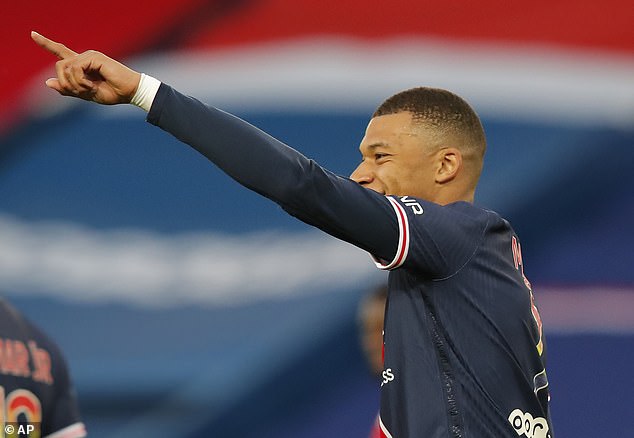 They lead fourth-placed Olympique Lyonnais, in the first of two Europa League spots, by one point after Rudi Garcia’s team secured a 5-2 win at Nimes thanks to a double by Lucas Paqueta and goals by Memphis Depay, Houssem Aouar and Islam Slimani.

Second-from-bottom Nimes were relegated to Ligue 2. 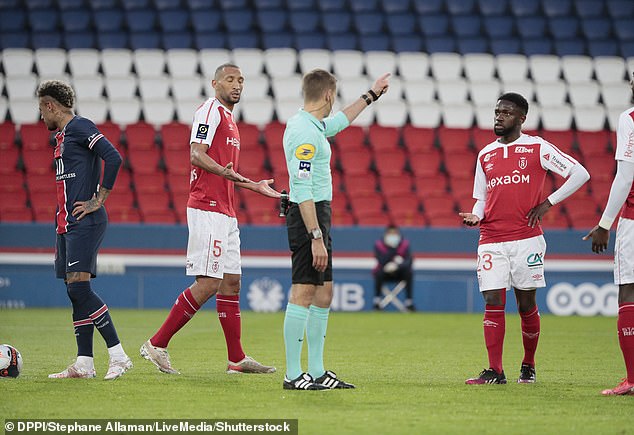 Six teams — Reims, Bordeaux, Racing Strasbourg, Brest, Lorient and Nantes – are separated by two points and will battle to avoid finishing 18th, which would mean taking part in a relegation playoff.

Olympique Marseille, on 59 points, occupy the other Europa League spot in fifth place as Arkadiusz Milik’s hat-trick gave them a 3-2 win against Angers, while RC Lens (56) are sixth following a 3-0 loss at Girondins de Bordeaux.

At the Parc des Princes, PSG were never troubled by a Reims side who played most of the game with 10 men in a warm-up before Wednesday’s French Cup final against Monaco.

Neymar converted a penalty in the 13th minute after Yunis Abdelhamid handled the ball in the area and picked up a straight red card in the process.

Kylian Mbappe doubled the advantage in the 24th, firing home from a terrible clearance by Thomas Foket.

Marquinhos added a third with a downward header on 68 minutes and Moise Kean netted a fourth from just inside the box.

Lille lacked inspiration against a sturdy St Etienne side and missed out on securing a victory that would have allowed them to head into the final round needing only a draw when Yusuf Yazici’s free kick crashed onto the far post in the last minute.

‘The way St Etienne played today, I had never seen them play like this but it is what it is, it was up to us to be better,’ said Lille captain Jose Fonte.

‘We’re now going to focus on next Sunday to win that final.’ 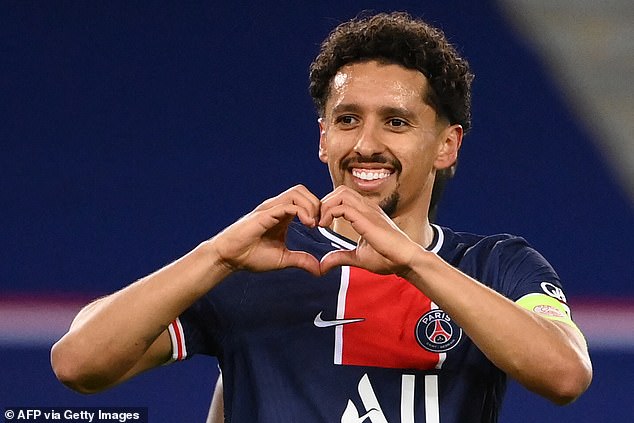 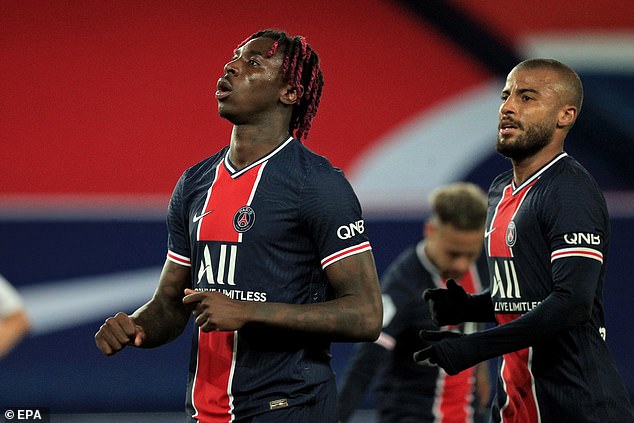 Moise Kean, who came on as a substitute, added more gloss to the scoreline as PSG prevailed