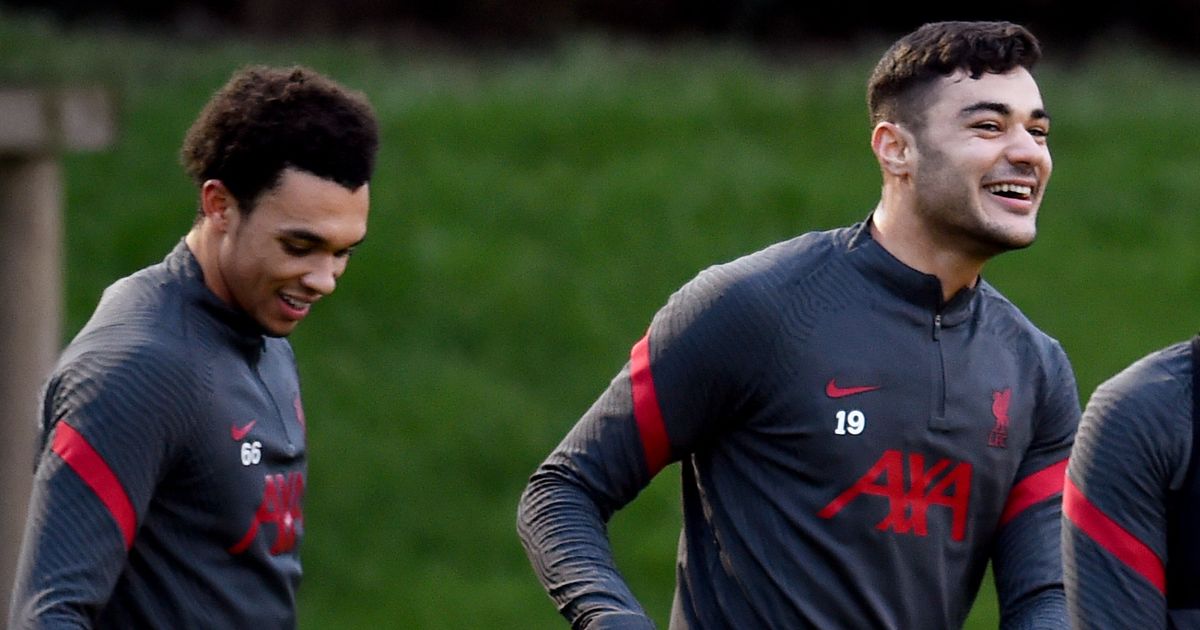 The Turkish international arrived at Anfield on deadline day, with a loan deal until the end of the season agreed for the Schalke defender.

Jetting in to the country this week, he joined the rest of Jurgen Klopp’s squad for training on Friday as they look to beat Manchester City.

And footage has emerged of the 20-year-old showing that he is already full of confidence in his new surroundings.

In the clip, some of the players are running a rondo drill where two players try to get the ball back from a circle of team-mates passing it around them.

Kabak is on the far side of the circle, with Andy Robertson and Alexander-Arnold taking up the challenge in the middle.

Jordan Henderson lays the ball off to the new Liverpool centre-back, who comes under pressure quickly from the right-back.

But the 20-year-old coolly lets it run onto his right foot for a sharp pass to Alex Oxlade-Chamberlain, leaving his full-back screaming in frustration as his slide tackle fails.

After another exchange of passes, the ball comes back to the Turkish international from the right side.

With Alexander-Arnold opting to stay on his feet, Kabak catches him out by flicking the ball behind his left foot with his right.

This sees the full-back let the ball go through his legs, leading to wild screams of celebration from his new team-mates.

All Kabak does, though, is keep his eye on the ball before cheekily pointing at the camera.

This footage has been 1.4m times on Liverpool’s official Twitter channel, where the Anfield faithful loved what they were seeing.

Another commented: “Trenty in the mud!”

While third sent a message to Klopp, with: “Start him on Sunday.”

And a fourth added: “I’ve seen enough. He should be starting on Sunday.”

Kabak already had a connection to Liverpool before his loan move, having received an incredible gift from injured defender Virgil van Dijk.

READ MORE:Liverpool may have signed the 'next Mohamed Salah' after landing 16-year-old wonderkid