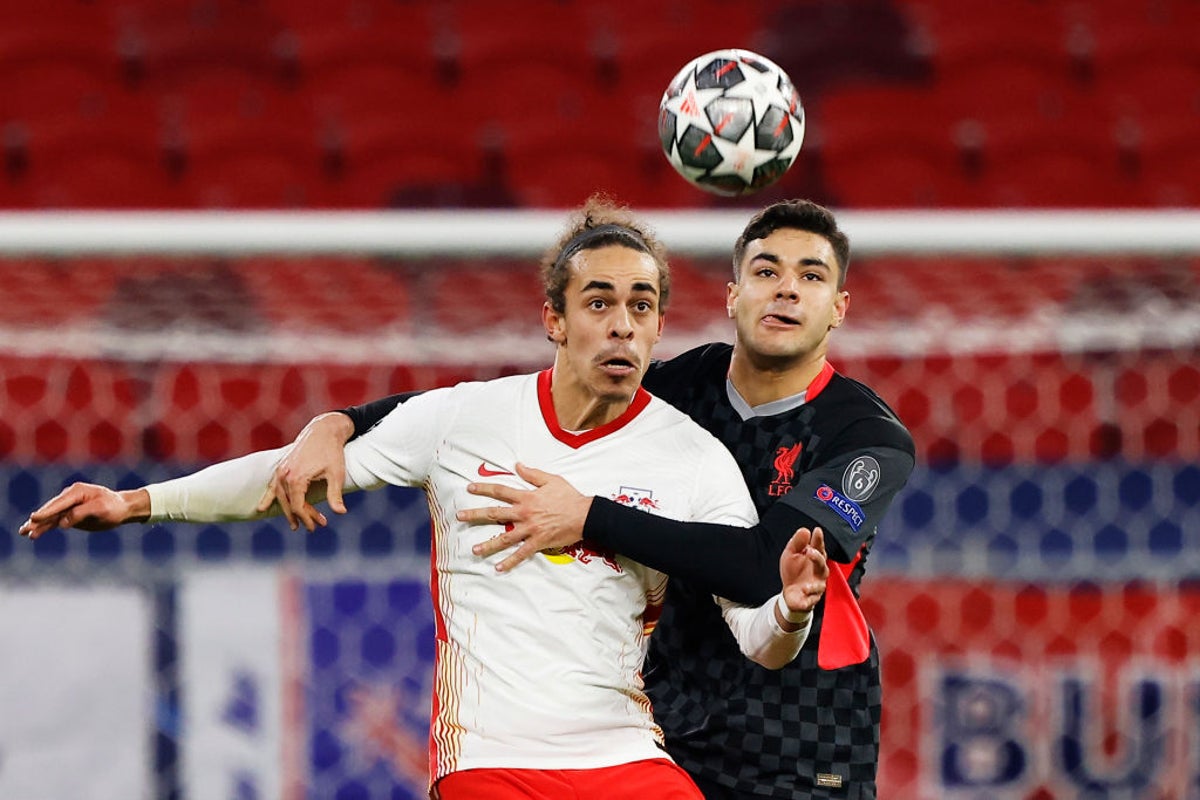 A dream move had materialised for Ozan Kabak, but not in the idyllic circumstances that usually prompt the use of that phrase.

Parachuted into Liverpool late on deadline day via a loan deal without the obligation to buy him, the 20-year-old wasn’t their first choice to help remedy a centre-back crisis.

He had long been monitored but arrived on Merseyside with the shortest window to get up to speed with Jurgen Klopp’s demands.

Limited training time, a stacked schedule and Liverpool’s poor form did not allow for much wiggle room.

Kabak made his debut at Leicester with the pressure cranked all the way up and the miscommunication with Alisson for the hosts’ second goal at King Power Stadium told the story of how little he still knew of his team-mates. 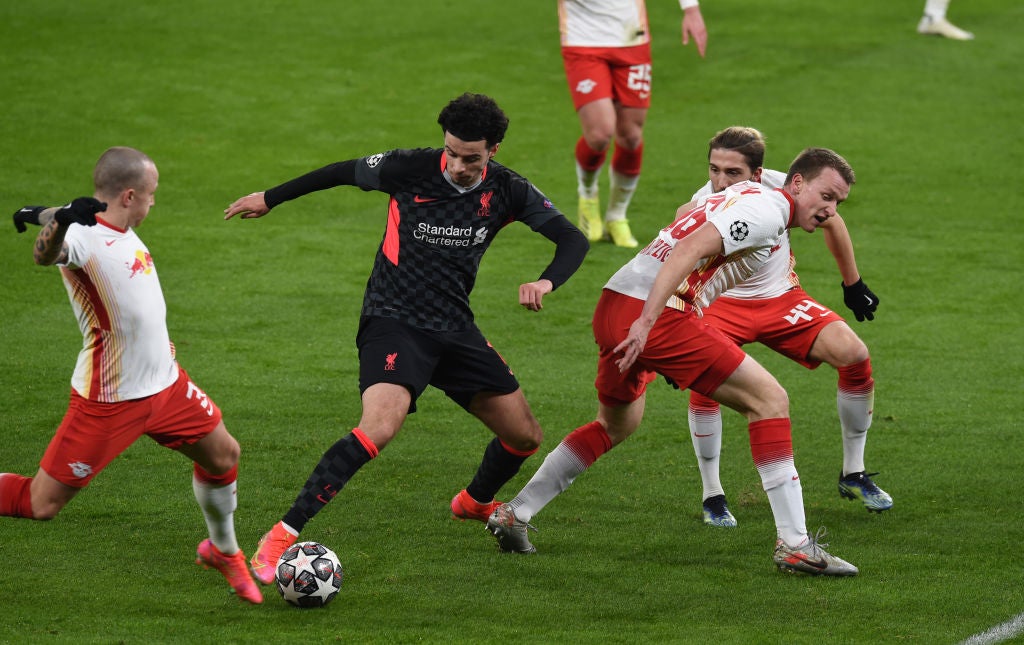 Curtis Jones has stepped up in recent weeks

The Turkey international could have been clouded by that error and the capitulation over the weekend, but he was composed and aggressive during his European bow for the club in the 2-0 victory over RB Leipzig.

Stationed alongside Jordan Henderson, who was the controller at the back, Kabak thrived in his front-foot role. He made the most tackles and interceptions, won an impressive 78 per cent of his duels and looked comfortable in the back four having gained a greater understanding of his colleagues.

“After such a long time with Schalke, he was new to this and I think his attitude was good,” Klopp said of Kabak.

“I’m very happy with his performance. And Hendo can play the position perfectly. It’s not that Leipzig didn’t have a chance, Alisson also had to intervene in two or three things, but that’s normal.

“I know Leipzig pretty well and I know how dominant they can be football-wise, how overwhelming they can be in a game from a physical point of view. That’s what we had to deal with and the boys played a really good, forced them to make mistakes with a good formation, with a good attitude and played good football.”

The biggest compliment to Liverpool is that they had made a taxing task against a dynamic Leipzig, already vanquishers of Tottenham and Manchester United over the past year, look quite routine.

For several players, it was an opportunity to counter their critics with strength in character. Trent Alexander-Arnold was one of them and the right-back, who has been regularly shredded in post-match analysis recently, resumed his duties as playmaker extraordinaire, delivering four key passes and spraying the most balls in the opposition half.

His range was one of the crucial tools to hurt Leipzig by playing in behind them, bypassing the press, and it proved to be hugely effective. 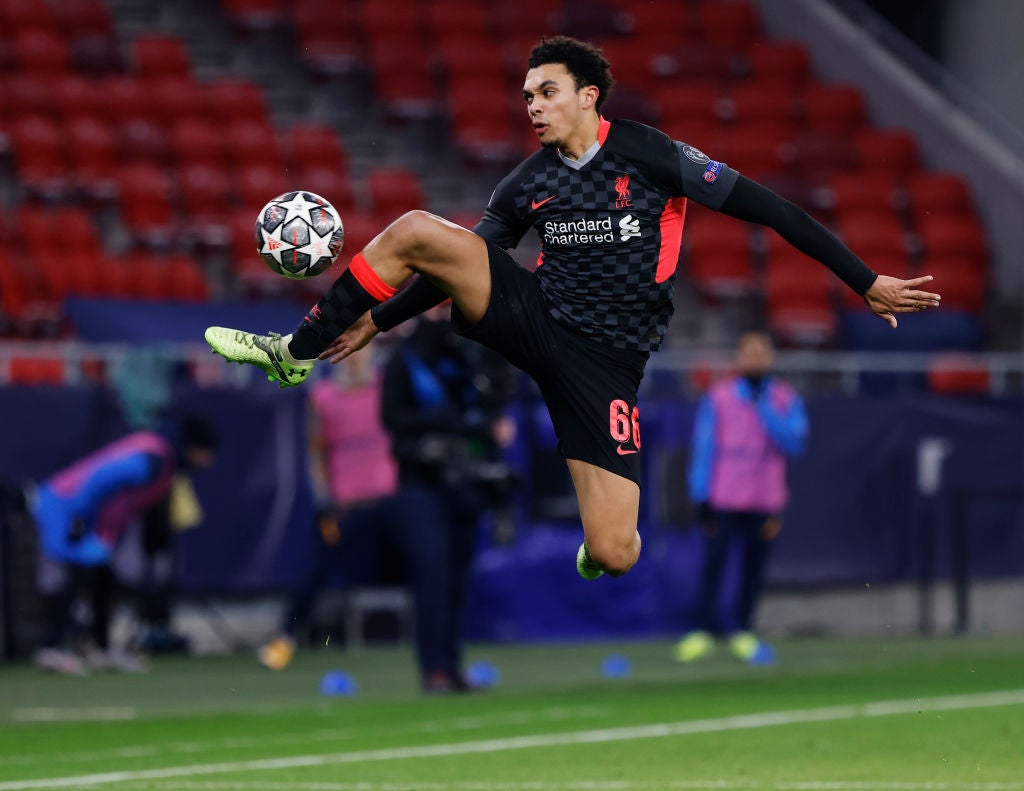 Trent Alexander-Arnold was excellent for the Reds

Liverpool’s midfield has been consistently criticised recently after the loss of Jordan Henderson and Fabinho to defence before the latter’s unavailability altogether through injury, but Curtis Jones continued his exceptional development to be one of the standout performers in Budapest.

All elements of his game – positioning, defensive diligence, orientation,  strength in duels, pressing and the intelligence in choosing which pass to pick – have advanced greatly.

It was his long ball that muddled Nordi Mukiele for Sadio Mane’s goal and Jones’ effectiveness in possession in the opposition’s half was particularly impressive.

He is making the right decisions and making them often, while still just 20.

There were notable contributions all over the pitch from Liverpool, but with so many column inches dedicated to a rebuild during their slump, it was significant that their most imposing players at the Puskas Arena were talents for both today and tomorrow.