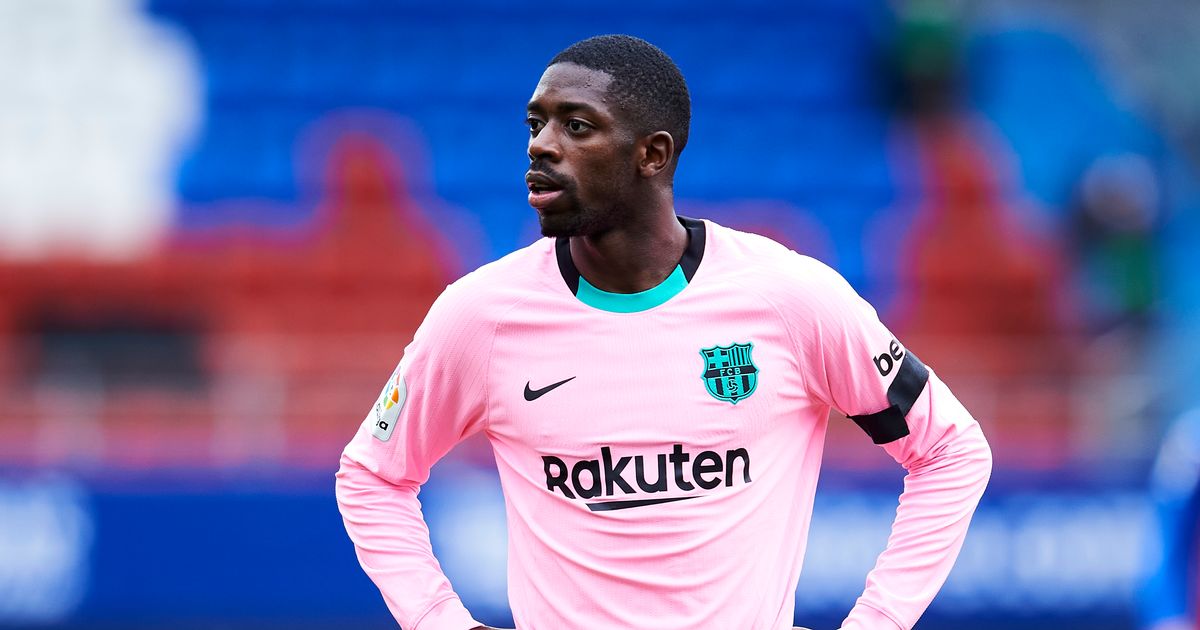 Barcelona chiefs believe Ousmane Dembele's agent has been holding talks with Manchester United and Liverpool behind their back, according to reports in Spain.

Dembele, 24, is set to become a free agent when his current contract expires next summer despite Barca recently offering him an extension.

The £135million winger has failed to live up to expectations since arriving from Borussia Dortmund in 2017, having suffered from a series of injuries in Catalonia.

His latest knock came while playing for France at Euro 2020 over the summer, a problem he is only set to recover from after this week's international break.

And amid his struggles for both fitness and form at the Nou Camp, Dembele's future is now under the spotlight with just eight months to run on his current deal.

According to Spanish outlet Cuatro, despite Barca already agreeing an extension in principle with the Frenchman, it is yet to be officially signed and they are now concerned he will begin negotiating a free move abroad in January.

Do you think Ousmane Dembele would be a good signing for Manchester United or Liverpool? Let us know in the comments section below.

It is believed the Catalans fear his agent has been conducting discussions with Premier League clubs United and Liverpool behind their back.

They also believe he has been holding talks with Paris St-Germain, who are also eyeing up a potential free move for his client next summer.

Barca president Joan Laporta is reportedly optimistic about tying Dembele down to a new contract in the near future, but his agent's antics behind the scenes is creating an 'uneasiness' about the situation.

Liverpool have long been linked with a move for Dembele amid claims that manager Jurgen Klopp is a huge admirer of the former Dortmund man.

Klopp is likely to go on the hunt for a new attacker at some point next year, with fresh competition required for Mohamed Salah, Sadio Mane, Diogo Jota and Roberto Firmino upfront.

As for United, Anthony Martial's future is uncertain and Dembele could be seen as an ideal replacement for his compatriot at Old Trafford.