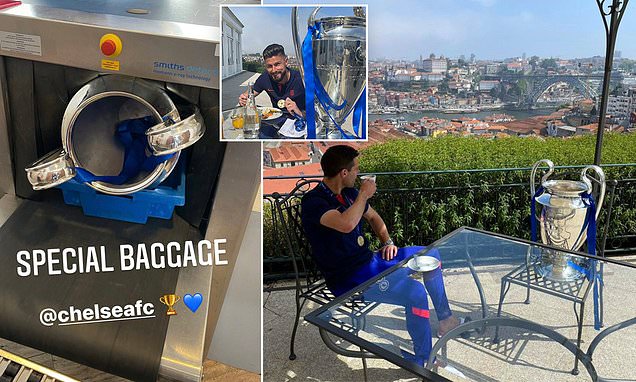 Breakfast of champions! Olivier Giroud and Cesar Azpilicueta dine with the trophy hours after winning the Champions League against Man City… before new silverware is given a strict examination by airport SCANNER as squad arrive back in London

Olivier Giroud and Cesar Azpilicueta have wasted no time getting acquainted with Chelsea’s new silverware.

The pair were seen dining with the Champions League trophy in Porto after overcoming Manchester City on Saturday night.

It was German forward Kai Havertz who scored the only goal of the game to give the Blues their second triumph in the competition – having last picked up the trophy in 2012. 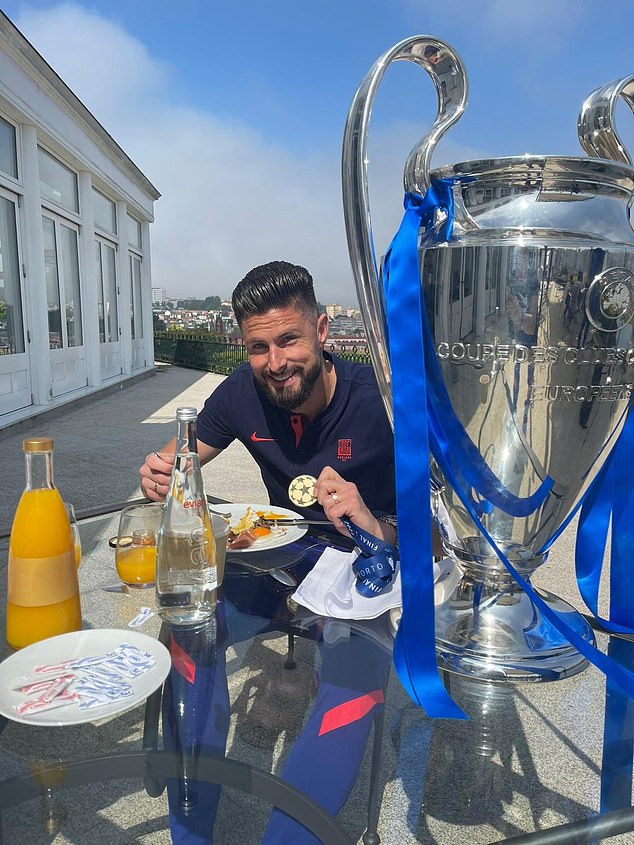 Giroud took to Twitter to share a picture of himself having breakfast alongside the Champions League trophy on Sunday morning.

Similarly, Chelsea captain Azpilicueta shared a picture of himself enjoying a cup of coffee with the iconic piece of silverware before heading back to England.

However, Giroud and Azpilicueta did have to part ways with the trophy momentarily as the cup was passed through an airport scanner on their way home.

The trophy, which was referred to as ‘special baggage’ was given the once over before being returned to its rightful owner. 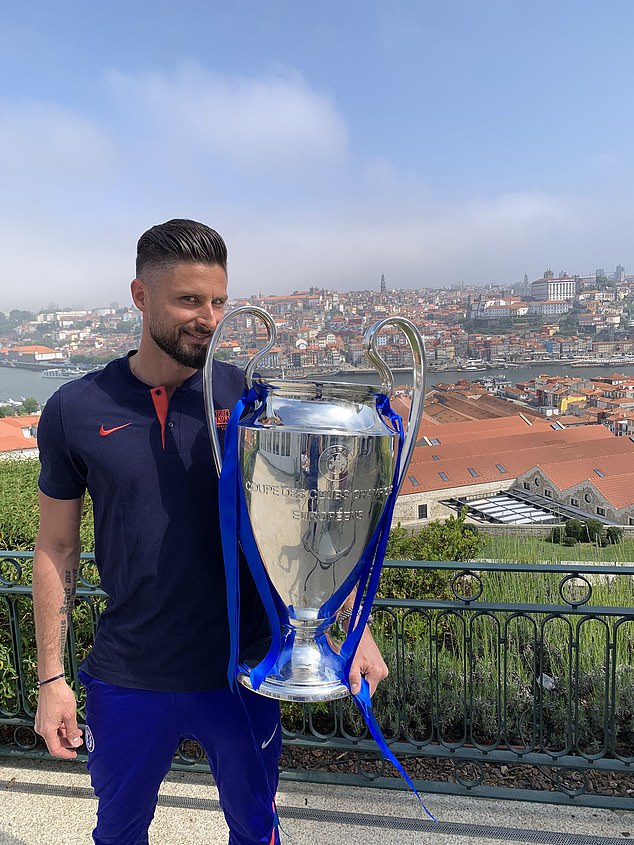 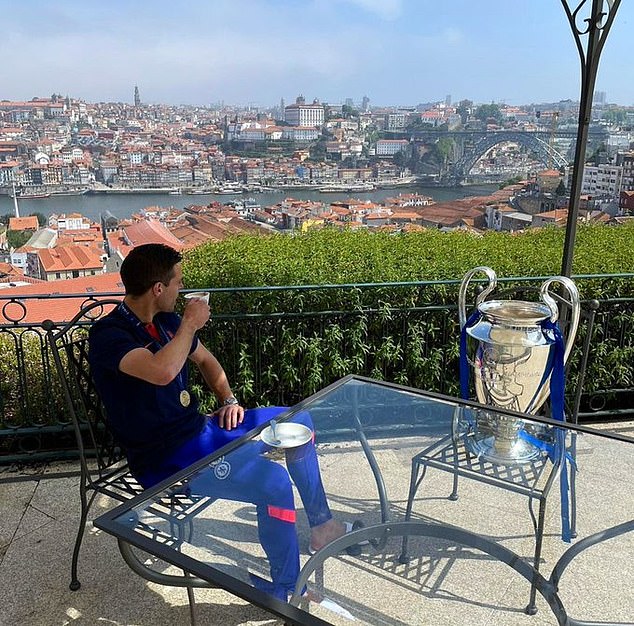 Speaking after the game, Azpilicueta said he is eyeing a sustained period of Chelsea dominance and that the club have silenced their doubters.

The Chelsea captain said: ‘When you play for a club like Chelsea, you always think in the future.

‘That’s done, we are very happy, we will celebrate, we are champions of Europe again after nine years, second time in our history.

‘But football is like this, the ones who go to the Euros get a new challenge ahead of us, we will come back in the Premier League, we didn’t finish where we wanted to finish and we want to fight for everything.

‘But that’s gone, we are part of the history of Chelsea and then we will go for the next challenge. 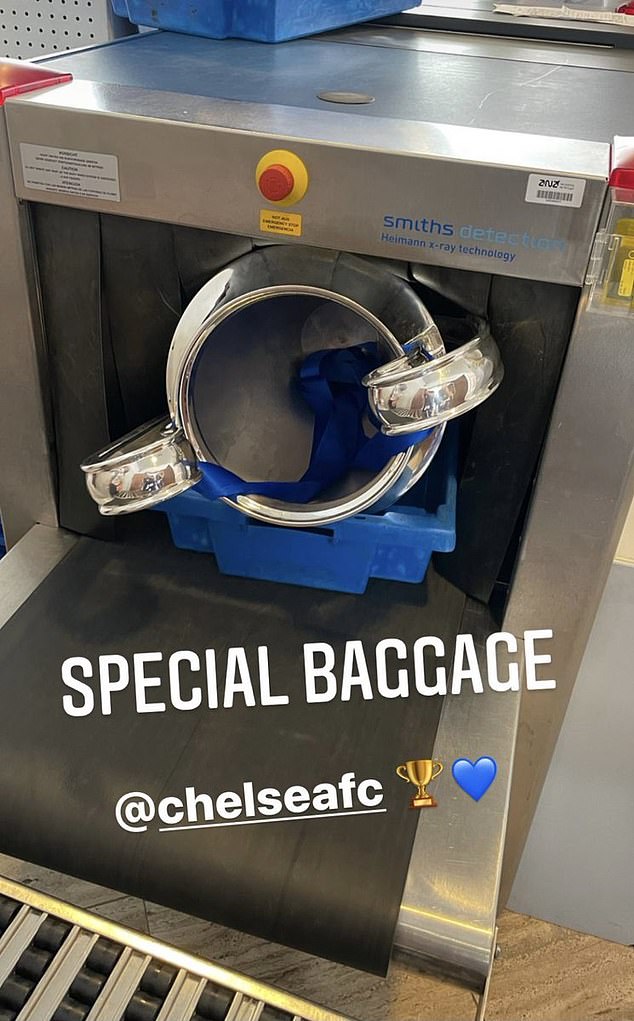 ‘I was proud to lead the team out but, as I said before the game, I wanted to be prouder.

‘Of course to lift the trophy, to lead the team, this club, it’s amazing after nine years to get this chance and thank you to my whole team mates, for the staff, to make this moment possible is incredible.

‘Emotions coming through, was very emotional and of course I’m very happy.’