‘I am a Chelsea player and I feel good here’: Olivier Giroud admits he was ‘surprised’ by ‘Juventus rumour’ and insists he will stay on at Stamford Bridge

Olivier Giroud has revealed that he was surprised to be linked with Juventus and insists that he will stay at Chelsea.

Juventus manager Andrea Pirlo is looking to bolster his attacking options, with Gonzalo Higuain having been allowed to depart.

It was reported that Giroud is a target for Juventus, but the 33-year-old said that such claims are ‘far from the truth’. 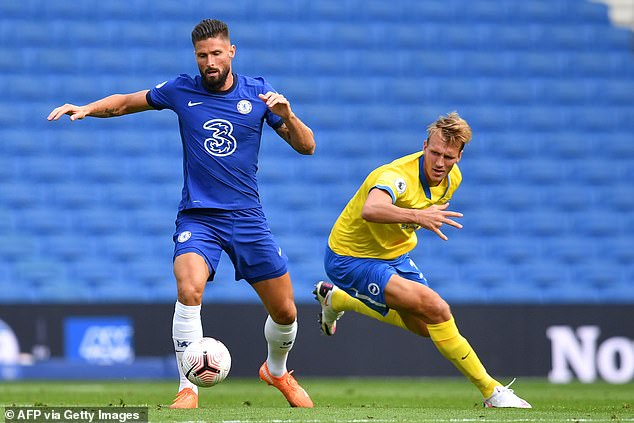 Juventus are interested in signing Oliver Giroud, but the forward plans to stay at Chelsea

Giroud told Telefoot: “I was surprised to receive messages from mates talking about the Juventus rumour. It is far from the truth. I am a Chelsea player & I feel good here. I did not have a great end of season just to leave without a bit of faith.”

Reports claimed that the Serie A champions had turned their attention to Giroud after struggling to reach an agreement for Barcelona’s Luis Suarez and Roma’s Edin Dzeko, but The Athletic claim the Frenchman has not entered talks to leave Stamford Bridge.

A move bring Everton’s Moise Kean back to Turin has been considered. 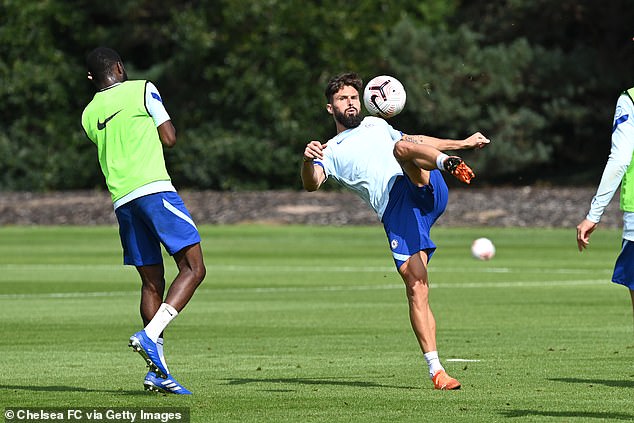 Giroud has also been identified as a potential target but no formal offer has been made by the Italian club.

The 33-year-old signed an extension to his Blues contract in May which will cover the entirety of the 2020-21 season, however this has not deterred interested clubs.

The forward was left out of Frank Lampard’s squad over the first half of the 2019-20 campaign and attracted interest from Tottenham, Inter Milan and Lazio.

Once Giroud was reintroduced in February, he scored eight goals in 13 games for Chelsea and this week netted his 40th international goal during France’s 4-2 victory over Croatia in the Nations League.

He maintains he is determined to fight for his spot in Lampard’s starting XI after the £53million arrival of Timo Werner from RB Leipzig. 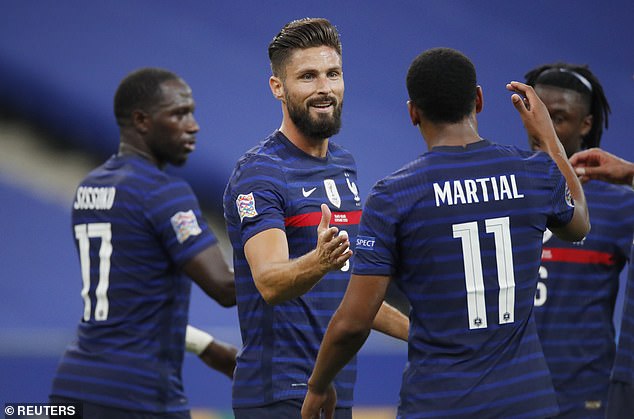 ‘One thing is certain: the competition will pull us all to the top. A great club should have different options in each position.

‘We want to be in the race for the title and I’m here. I finished the season well and I proved to the manager that he can count on me.

‘Werner is not the same profile as me, I hope to have some playing time.’